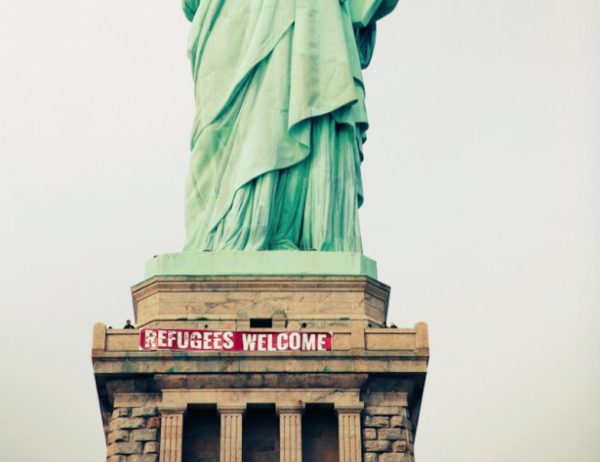 When the first of the Donald J. Trump executive orders against illegal immigration hit, traffic in Houston dropped considerably. It seemed that many were staying home, as if they had realized that the great free-for-all had been interrupted.

In fact, many non-majority groups did experience fear, which they spoke of as if they were entitled to this land as well as their own:

Immigrant communities across the United States are in a state of fear and uncertainty after a week of immigration raids and leaks from the Trump administration that have raised the specter of a mass deportations.

…â€œItâ€™s almost like itâ€™s psychological warfare thatâ€™s being waged against people of color to create a constant feeling of fear and uncertainty,â€ said Juanita Molina, the executive director of Border Action Network, a human rights organization in Tucson, Arizona.

After the Obama years, in which rule of law was suspended and it was widely perceived among minority communities that they were gaining political power against the majority and could use it as a cash cow for their own agendas, the new Trump rules upended an order which always penalized the majority.

Of course, that unbalance was too much, because the anti-majority coalition with Leftists proved to be such a great source of power and free stuff paid for by the taxpayers. And so, the usual neurotics announced a workaround:

HernÃ¡ndez, also an undocumented immigrant from Mexico, has campaigned to end a program that deputises local officials to act as federal immigration agents, potentially turning a minor infraction into a life-altering event.

The 28-year-old community organiser with United We Dream celebrated a victory this week, after the Harris County sheriffâ€™s office announced it would end its use of this program, known as 287(g).

In other words, illegal immigrants need not fear because the police will not arrest them for being illegal. Thus, they can continue to violate the law — no one else gets this “privilege” — with impunity.

The traffic returned. The racial resentment on the streets returned. And this resentment was vocalized by illegals not as justice, but as conquest of the majority by the minority coalition:

â€œBut you know what? This is also our country. Let me repeat this: Our country, not theirs. It is our country. And we are not going to leave. We are nearly 60 million Latinos in the United States,â€ he continued. â€œAnd thanks to us, the United States eats, grows and, as weâ€™ve seen today, sings and dances.â€

Diversity does not — cannot — work. It pits groups against one another in a battle for control of political power and the ability to set standards of identity, including values and national identity. Each group acts in self-interest, but when they are combined in a nation together, they become bitter combatants.

The only solution is to go beyond what Trump can or is willing to say, and to point out that diversity is paradoxical and will never work. In fact, it has already failed, and by allowing it to continue with our laws or lack of will to enforce them, we have created the groundwork for the breakup of our nation, civil war and increasing ethnic conflict. This benefits no one.