If SJWs Had Virtue They Would Not Need To Signal

by Jonathan Peter Wilkinson on December 2, 2016 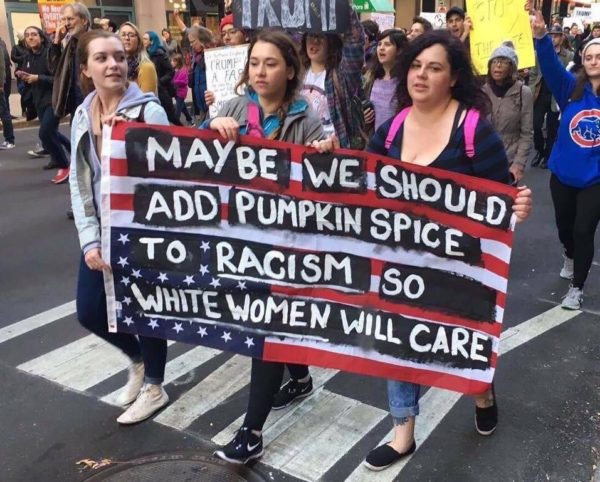 You see, back in the day this boss I worked for decided we would have a health program at work and competitively lose weight. It all culminated with a 5K Fun Run. The one he chose to have us run in was the Liz Hurley 5K Run. It was a race for the cure, which meant it purportedly raised money to help fund Breast Cancer research. I jogged for the jiggles. I was there to save Second Base! I totally care more. Case closed. Virtue signaled.

And there we hit another wall of evil. Not one single lady afflicted with the curse of breast cancer will be any better off if I wear my several years old Liz Hurley race shirt as I waddle around the cul-de-sacs during Early Morning Nautical Twilight. It makes zero difference in any patient’s real life prognosis. But the feelz, man. I got to feel like a sensitive, caring person. And that’s just what happens when the fake and disingenuous virtue signaled makes no difference.

Frequently, when manipulated by politicians or charlatans, the virtue signalling masks a malignant sarcoma. Your fake virtue becomes another man’s demise. It was after a desperate, starving man who stole to feed his family, was set on fire and burned alive next to a Caracas, Venezuela bread line that Joel D. Hirst wrote the following about Pro-Communist virtue signalers.

And all the while you fought us; those of us trying to bring light to the darkness. You know who you are. You who marched against us. You who trolled our accounts, filling them with sewage. You who wrote articles making the case for the evil; who went on television to defend the idiocy; who attended events to hurl insults at the presenters; who offered excuses for the abuse and sought out scapegoats for the failure. You â€“ the apologists of evil; the devils advocates. I have known many of you â€“ because I have fought you too; though not through hate â€“ which is your favorite tool. But through truth â€“ though in your double speak you branded it as lies.

Yes, you could *feel* good if you favored communism in Venezuela. They were a point and click mob 1,000 miles and 2,000 calories a day away from what the actual proletariat in Caracas was having to live through because of the glorious revolution. They never meant for some guy to get used as a human tinder stick. They just wanted to care. They wanted to feel special. I hope they look at the pictures of what happened to Senor Bernal and feel proud of all the social justice that warms their cute, privileged little hearts like a bonfire.

Not every SJW virtue signalling debacle is as horribly obvious as what has occurred in Caracas. But, people are getting increasingly smart to the gag. ESPN, that obnoxious so-called sports channel that takes over major sporting events and turns them into opportunities to preach Leftist politics for three hours, has been slammed by the #CutTheCord Movement. The Outkick the Coverage Blog describes the wages of virtue signalling below.

Col Kilgore would call that the smell of victory. ESPN just lost $100 Million in annual revenue because of Stephen A. Smith’s gaping, obnoxious pie-hole. You can fight the power all you want Stephen A, but the off button on my television will TRUMP you. This, folks is how you fight virtue signalers. What good is a signal if people are too intelligent to tune to its frequency?

In Thus Spoke Zarathustra Nietzsche tells the parable of a saint who lived alone in the forest singing songs to God alone because no man would ever hear them. Let Stephen S. Smith and Doug Gottlieb preach to nobody. Stop reading or watching the material of people who see the softer side of the Kim Dynasty in North Korea. Don’t watch San Francisco 49er games if you watch any NFL football at all. The entire point of virtue signalling is to be heard. Deny them this reward and you kill these people.