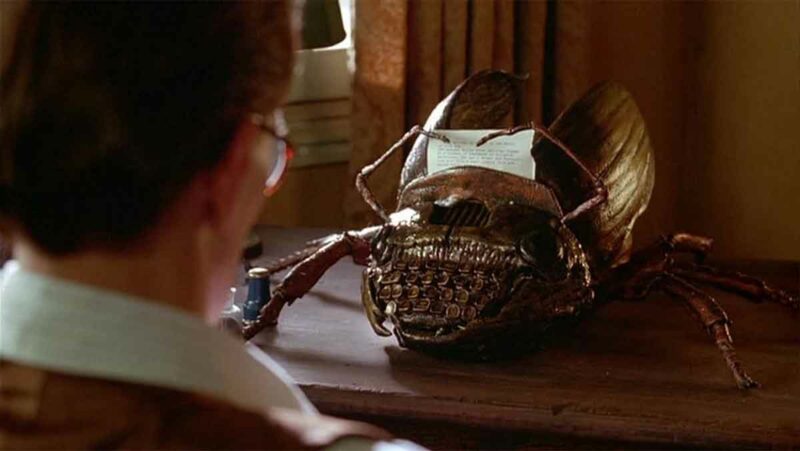 In the Age of Symbolism, dueling sets of imagery war it out in a contest to convince the greatest number of people to support their respective organizations. Forget aiming for accuracy; we simply want your vote, purchase, or goodwill passed by word of mouth.

The Left might be described as the religion of good social feelings. That is their symbol; whatever makes everyone or at least most of the group feel warm and fuzzy about the future because they have ceased to notice the decay will serve this group. They perceive disunity, and want to unify with pacifism and incentives.

In many ways, the Left is taking us toward the society which was visible in the ghettos of California, Brazil, and Asia over the last decade. While open sewage floats down the streets and gunshots and screams ring out, people retreat to their three-hundred-square-foot cinderblock tenements where they watch eighty-five inch televisions.

Technology does not drive our society, but it is one of our many forms of opium.

The Right on the other hand offers us the religion of a lack of doubt. We stick to what has worked, preserve what is good, and try to hold on against the onslaught of trends and bureaucracy. We have no doubt because we know what we do is good and honest, even if it means we lose out in every popularity contest.

True to form, the Right tells you about its ideal. They envision living far from the rest of humanity and keeping themselves busy with work, church, and family. If they could, they would each own their own island and come together for monthly meetings only when the weather was good. Otherwise, they would stay home and avoid the risk.

Symbolism has a number of problems, one of which is that it creates a point of focus. If we are talking about drunk driving this week, all other issues get pushed to the side if not forgotten, so a constant stream of new problems distracts from any kind of continuity or consistency. The Right tries to counteract that.

If this point of focus leads to a detail, it will make a world of that detail, and in doing so, miss the bigger picture. The world itself is the goal, just like civilizational health in parallel to personal sanity, health, and goodness are necessary. Symbolism leads away from that.

The Left encourages symbolism for this reason. In a masterstroke of manipulation, the Left wins because it has the audacious goal of replacing reality itself with a consensual hallucination of a space of universal values in which human fears and feelings predominate over adapting to reality.

However the Right has its own woo, and some of it takes the form of great fear of symbolic masters who might be taking over or secretly stealing power. As noted by others, there seems to be deference to the Jewish people in universal Holocaust instruction:

The future of Holocaust memory and education lies in its ability to be relevant to the students of coming generations. While study about the Holocaust is important in and of itself, it is even more important to learn from the Holocaust in terms of promoting global citizenship, human rights, religious tolerance and multiculturalism to ensure that such evil does not occur again.

In many locations worldwide, the Holocaust has become a universal symbol of evil. Just as the story of the Exodus from Egypt from the Bible, and the catch cry “Let my people go” epitomises moving from slavery towards freedom, the Holocaust is now the defining symbol of the most terrible denial of basic human rights—an evil that we struggle to comprehend.

Paradoxically, we can transform teaching about the Holocaust from a subject of despair to a subject of hope. We can convey to our students the message that the option of preventing the next Holocaust is in our own hands. Our students can take specific steps to counter racism and hatred on a local, granular level and this will impact at the universal, international level.

At first reading, this might make you leaf through back issues of Der Stürmer with more interest. However if you read on, you will find that the agenda goes far beyond the Holocaust:

Thus Holocaust Education should be constructed in such a way that the world can counter hatred — whether based on race, ethnic background, colour, gender or religion.

We have gone here from “avoid genociding Jews” to “avoid hatred of all sorts.” In other words, this is no longer a pro-Jewish event, but a teachable moment using the Holocaust to argue against any kind of nationalism or even noticing differences between groups, most of which are biological and genetic.

The UN uses this as a springboard to equate any noticing of differences with genocide:

In fact, they are preaching negativity against noticing as a means of asserting their propaganda for Utopia:

If one reads that thesis statement again, however, it becomes clear that this is not The Jews™ using the UN; it is the UN using the Jewish experience as a propaganda item:

The United Nations also recognized its responsibility to highlight the vital educational issues of global citizenship and human rights, which today are as pressing as ever, if not more so. It acknowledges the need to develop a new cosmopolitan memory of the Holocaust that transcends ethnic and national boundaries – a memory that is not only connected to the past but also to a common future. A murky wave of xenophobia, racism and hatred is flooding the world, and educators must mobilise to resist it.

Wherever symbolism goes, the talisman/scapegoat pairs follow. The talisman is the universal solution that was part of the innocent early golden age of humanity; the scapegoat is what is blamed for the lack of the Utopia promised; the implication is a moral need for total intolerance of anything but the talisman.

The addictive nature of this cult pathology makes itself clear. Instead of a complex world with many options, life now follows a symbolic binary: do the good talisman, or be considered part of the scapegoat. This encourages people to signal the talisman hard so that they are not mistaken for dissidents or abstainers, who are considered the moral enemy.

Pairs of this nature conceal just about every issue:

Everything people blame upon The Jews™ can be more properly attributed to equality, including its offshoot diversity, of which the Jewish people in the West are but a prominent symbol, sort of like gypsies and Amerinds/Saami. This equality and diversity abolished culture and turned us against ourselves.

The Jews™ are just the latest in a long line of saps that the Left uses and then discards. Jews are going to be thrown over for Palestinians; Blacks are already getting thrown over for Hispanics; everyone will later get thrown over for Asians. This is the cycle of replacing people in order to keep The System in dinari.

We the Western people only gain control of our future when we admit our mistakes, even if Other groups being present (Mongols, Moors, gypsies, Jews, Saami, Huns, Amerinds) prompted them. We made these bad choices and turned our backs on obvious reality and the learning of our ancestors.

Our future only improves when we admit we made a wrong turn, retrace our steps to where we stepped off the right path, and then take another direction. No amount of blaming The Rich™ or The Jews™ can save us. Well, that, and we have to send the Irish back to North Africa.

Nihilism (#2) | A Parable From Apocalypse Now