How To Conquer The Herd 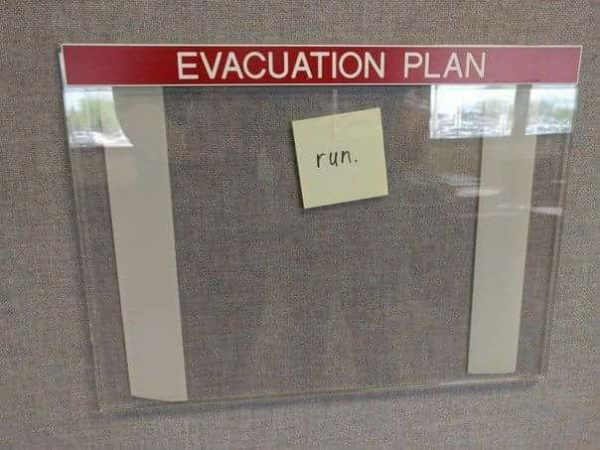 Equality brought an age of mass politics: to get anything done, it requires finding a “personal army” of warm bodies to support that idea. This in turn meant that ideas became simplified and more emotional.

Many have focused on the problems of democracy as a system for achieving sensible ends; few have focused on what democracy does to people. Because the message must be simplified, people in turn resort to simplistic thinking.

This in turn shows us how pandering to the herd distorts the message and ensures that no actual idea will be transmitted:

But without following up this suggestion, I wish only, as I said, to remark the fact that as things now stand Isaiah’s job seems rather to go begging. Everyone with a message nowadays is, like my venerable European friend, eager to take it to the masses. His first, last and only thought is of mass acceptance and mass approval. His great care is to put his doctrine in such shape as will capture the masses’ attention and interest. This attitude towards the masses is so exclusive, so devout, that one is reminded of the troglodytic monster described by Plato, and the assiduous crowd at the entrance to its cave, trying obsequiously to placate it and win its favor, trying to interpret its inarticulate noises, trying to find out what it wants, and eagerly offering it all sorts of things that they think might strike its fancy.

The main trouble with all this is its reaction upon the mission itself. It necessitates an opportunist sophistication of one’s doctrine, which profoundly alters its character and reduces it to a mere placebo. If, say, you are a preacher, you wish to attract as large a congregation as you can, which means an appeal to the masses; and this, in turn, means adapting the terms of your message to the order of intellect and character that the masses exhibit. If you are an educator, say with a college on your hands, you wish to get as many students as possible, and you whittle down your requirements accordingly. If a writer, you aim at getting many readers; if a publisher, many purchasers; if a philosopher, many disciples; if a reformer, many converts; if a musician, many auditors; and so on. But as we see on all sides, in the realization of these several desires, the prophetic message is so heavily adulterated with trivialities, in every instance, that its effect on the masses is merely to harden them in their sins.

Even where the group is intelligent, mass culture selects for those ideas which are lowest common denominator, and thus unite some large group of people behind them, even if the original intent is lost. This is how you win, get the A+, succeed at the job of politics, etc., and it means that any complex or long-term ideas are filtered out before the point of decision.

Democracy makes people insane. It combines the lottery with the type of social reasoning that groups use in choosing where to go for dinner, and the result is that whatever flatters the most and offends the least will win, which by its nature excludes anything truthful, realistic or relevant. The herd chases after dreams and ignores realities.

Much as we talk about “peer pressure” influencing teens to engage in risky behaviors, democracy institutes peer pressure as a means of making decisions. What will win is more important than what is right, so the task becomes the cultivation of the audience instead of being accurate, which brings out the type of thinking common to entertainment or socialization, but not leadership.

The alternative is to do what the Alt Right is attempting: to reach the 2-5% of civilization who are still capable of analytical thought, convince them to think toward a goal that is immediately impractical but offers a long-term future, and then by inducing these natural leaders to have an idea, convince others to emulate them.

This process of emulation works unconsciously among people, and consists of imitating what is perceived as successful rather than an analytical process of questioning what is right, efficient, appropriate or helpful:

In new research that appeared Sept. 29 in Psychological Science, they find that focusing on how norms are changing can help people alter their behaviors.

…The researchers also conducted an experiment involving conserving water during the recent California drought. They posted signs in laundry facilities at high-rise residences of Stanford graduate students with static messages (“Most Stanford Residents Use Full Loads/Help Stanford Conserve Water”) or dynamic messages (“Stanford Residents Are Changing: Now Most Use Full Loads/Help Stanford Conserve Water”). While the number of laundry loads were unaffected in buildings with no signs over the next three weeks, there was a 10 percent reduction among those who saw the static message, and nearly a 30 percent reduction for those who saw the dynamic message.

…”Dynamic norms may play a large role in social change,” Sparkman said. “Just learning that other people are changing can instigate all these psychological processes that motivate further change. People can begin to think that change is possible, that change is important and that in the future, the norms will be different. And then, if they become persuaded and decide to change, it starts to become a reality.”

Left to its own devices, the group imitates itself, with people seeing what others have done and then doing the same. This herd behavior proves damaging because it is entirely self-referential, which means that realistic concerns are ignored in favor of social concerns, namely keeping up with what the other monkeys are doing.

Luckily, this provides an option for future change, in that instead of reaching the masses, we need only to reach those who the masses imitate, which does not require simplifying the message. With this approach, the full questions can be presented, and those who can understand will pick up on those, with the less thoughtful imitating.

This knowledge clashes with the idea by many of the Right that we must create our own herd. They suggest that instead of tackling difficult truths, we should present a simplified version as a means-to-the-end of acquiring a large audience. But as research and historical evidence suggest, this approach will fail as it will simply destroy the message, where presenting a clear idea to the naturally capable has a chance of victory that is denied by mass culture cultivation.