How The UN Is Like A Corrupt Wall Street Mortgage Bond

by Jonathan Peter Wilkinson on November 4, 2017 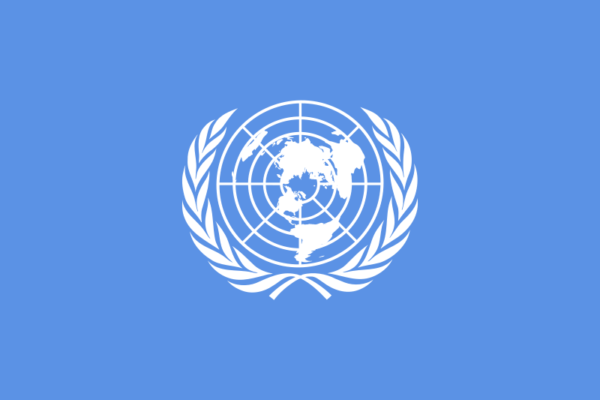 Mark Steyn had his own unique and colorful description of a problem that afflicts the UN and that also led to great pain and suffering for Amerikans too heavily involved with the housing industry or Wall Street. We’ll call it the Conundrum of Dog Feces Ice Cream. Mark shares the, umm, recipe for this delicacy below.

It’s a good basic axiom that if you take a quart of ice-cream and a quart of dog faeces and mix ’em together the result will taste more like the latter than the former. That’s the problem with the UN. If you make the free nations and the thug states members of the same club, the danger isn’t that they’ll meet each other half-way but that the free world winds up going three-quarters, seven-eighths of the way.

About a decade or so ago, the market for Mortgage Bonds in the US experienced a similar problem. A lot of lending companies were lending money to people who were all but spending it all on Doritos and Wild Irish Rose. Not only that, they were writing them Adjustable Rate, No Money Down, unverified credit mortgages. They then cleaned this up a bit by package several hundred of these sh!t-show mortgages into debt instruments along with a selection of “good” loans in order to spray a few puffs of Eu De Cologne on the dog chips. These were called collateralized mortgage obligations (CMOs).

Eventually, any system that mixes good with bad will do exactly what Mark Steyn opined the UN does. The creators pass off some flim or flam once, so they try again. This time they mix more crap in with the vanilla. The Ice Cream is only slightly less yummy, but hey, how many of the six-year olds are smart enough to catch on? So they go back and mix in a little bit more waste per unit volume. On Wall Street, this took the form of increasingly exotic derivative securities based on the originally pungent CMOs. People kept slamming worse and worse quality ARMs into these bonds until people finally took the short end of the trade. It was so bad that people like Dr. Mike Burry and Steve Eisman had to literally invent their own exotic securities to short the original exotic securities that no honest man would ever have traded in to begin with.

So how does the UN compare? What fraud is being hidden at Turtle Bay? President Donald Trump tells us the UN is a noble institution that could work as effectively as international terrorism if they just cut the red tape and unloaded a few hundred pounds of beaurocracy at a local port-a-shed. Mr. Trump is uncharacteristically and regrettably nice to these charlatans below.

President Trump delivered remarks at the United Nations Monday morning, arguing that the international body has yet to reach its â€œfull potentialâ€ because there is simply too much â€œbureaucracy and mismanagementâ€ in its current structure. â€œThe United Nations was founded on truly noble goals,â€ President Trump said in New York City, before getting to the heart of his message. Despite an increase in U.N. funding, Trump said, â€œwe are not seeing the results in line with this investment.â€

The actual truth is better described by tirade. The UN is very efficient. It is doing exactly what it is designed to do. It sprays perfume on the Mugabes, Kims, and Maduros who inflict the misery that incompetent, stupid and egocentric leftist cults of personality always inflict upon the people they supposedly care so much about. Here’s what the US of A gets for $3B per year of charity towards these incorrigable bastards.

The U.N. Human Rights Council (UNHRC), Turtle Bayâ€™s most influential U.N. body, has turned into a tool for notorious regimes. Several dictatorial nations maintain good standing on the council, including Venezuela, Cuba, Qatar, and other nations with horrific domestic human-rights records. Instead of promoting human rights, the UNHRC churns out resolution after resolution attacking the nation of Israel, while ignoring the real atrocities being committed across the globe on a daily basis.

In its heyday, the United Nations Educational, Scientific, and Cultural Organization (UNESCO) was revered as an agency dedicated to the preservation of important global institutions. Today, UNESCO acts as an Islamic supremacist propaganda machine, attacking Jewish and Christian claims to holy sites in Jerusalem. Other agencies, such as the U.N. Relief and Works Agency for Palestine Refugees (UNRWA), has promoted the destruction of Israel and helped perpetuate Arab-Israeli hostilities. During Israelâ€™s 2014 war with Hamas, UNRWA-owned construction materials were found in Hamas terror tunnels. The terrorist group also utilized UNRWA schools to stockpile its missiles.

Backers of the UN say this is comparably benign. Here’s what happens when North Korea when they aren’t under the spotlight at Turtle Bay. He’s supposedly held a public execution featuring an anti-aircraft weapon. (And Bloomberg says this like it’s a bad thing.)
Yet a fraud remains a fraud. It becomes increasingly obvious and increasingly worse. The firemen burn things and the UN peacekeepers in Haiti disturb things far worse than just the peace. Read about !DIVERSITY! can be your strength too!

Here in Haiti, at least 134 Sri Lankan peacekeepers exploited nine children in a sex ring from 2004 to 2007, according to an internal UN report obtained by the AP. In the wake of the report, 114 peacekeepers were sent home. None was ever imprisoned. In March, UN Secretary-General Antonio Guterres announced new measures to tackle sexual abuse and exploitation by UN peacekeepers and other personnel. But the proclamation had a depressingly familiar ring: More than a decade ago, the United Nations commissioned a report that promised to do much the same thing, yet most of the reforms never materialized. For a full two years after those promises were made, the children in Haiti were passed around from soldier to soldier. And in the years since, peacekeepers have been accused of sexual abuse the world over.

Donald Trump and every other civilized leader needs to just call this entire charade off. There are no united nations at the UN. It is a wealth transfer forum that subsidizes state actors analogous to intestinal parasites. We need to stop feeding them unless we like having those adorable little boys in our bowels. Let Zimbabwe figure its own darn salvation out. Cutting Mugabe a check only gives a bigger psychosis budget. Are white Rhodesian farmers really worse off when the malignant Uruk-Hai in Zimbabwe’s internal repression force are too broke to afford top-notch ammo? Psst…Hey Donald. They aren’t gonna’ spend it on pharmaceuticals or textbooks when AK-47s are at a discount in the local black market.

The only way to get dog feces ice cream out of our diets is to stop allowing it. You get what you tolerate. What we tolerate from the UN demonstrably harms the commonweal of all innocent people. Think of the children! (And not in the way a typical UN Peacekeeper apparantly does.) The United States of America must show proper moral leadership and defund the UN after we evict them lock, stock and barrel from New York City. That is all.