How The Mob Moves On

by Jonathan Peter Wilkinson on October 10, 2018 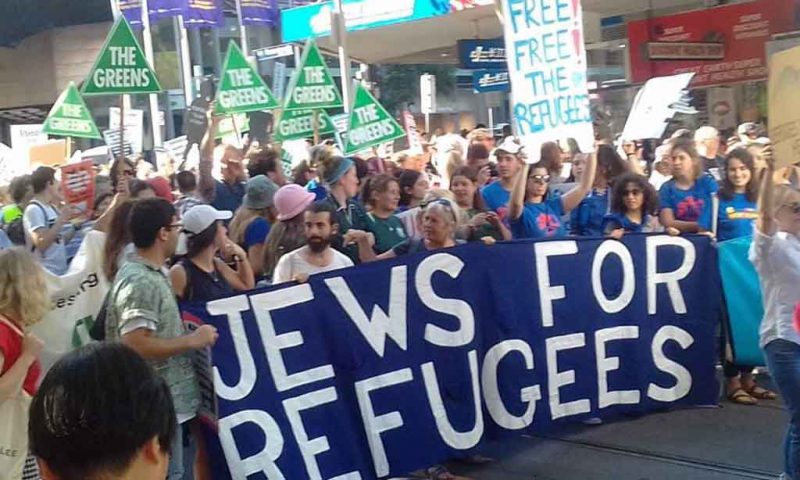 Decades before the sartorial elegance of the Pussy Hat, we had MoveOn.org. It was founded towards the end of the savoir-faire slide that was the Clinton Presidency. It consisted of frump-monsters of the faculty lounge yammering because a fine and wonderful man like Bill Clinton was being impeached for a few silly incidences of Droit Du Seigneur over at the Oral Office. We were supposed to just MoveOn after a slap on the wrist and get on with more important stuff like Gore2000.

So in 2018, we’ve got these bizarre accusations that an otherwise well-regarded Supreme Court Nominee spent his wild youth engaged of all sorts of non-legalistic jiggery-pokery. MoveOn.org has mobilized in a big way. Obviously, they’re all here to remind us that Brett (Kavanaugh that is), like Bill, has the right to whip out his Norbecker. Oh, wait…

On October 3, all across the country, Americans will come together in peaceful vigils to demand that the U.S. Senate stop Judge Brett Kavanaugh’s nomination for a lifetime appointment to the Supreme Court. Kavanaugh has shown that he is hostile to women—from his record against women’s health and autonomy to his record against workplace protections to the sexual assault allegations against him to the anger he displayed to female U.S. senators. Kavanaugh has shown that he has no credibility: He has lied repeatedly in confirmation hearings spanning two decades, and he lied again in his testimony regarding Dr. Christine Blasey Ford’s credible allegation of sexual assault. Now is the time for all of us to come together and tell our senators to believe women and stop Kavanaugh this week…

Yep. This is the same organization. Sex went from just being sex to being the most vital issue of a Supreme Court Confirmation Hearing. MoveOn.Org has reaffirmed the Progressive belief that Irony is found on The Periodic Table of Elements. Dip it in water, and you might just get rust. I suppose we could give them the benefit of the doubt that they demand while subjecting others to the auto da fe. We could perhaps assume that they’ve grown since 1998. We could also be filled to the eyeballs with pig feces. The two or three MoveOn types that even remember what they stood for before the century turned are opportunistic rather than idealistic in their beliefs.

MoveOn.org is the poster child for utilitarianism, which is the type of mob rule that manifests in voting, consumer purchases, and social popularity. They keep burning down the Js and turning up the riots until they finally run out of Hitlers to accuse of being Hitler. The reasons for the next witch hunt can be diametrically opposed to the reasons for the prior ones. It doesn’t matter. Logic, reason and consistency do not attain victory. Whoopi Goldberg and the other “Ladies” on The View are ideal PosterGoblins for the trend. We now finally know what qualifies as “Rape-Rape.”

We figured if she wasn’t all that boned in the ear over the goofy hijinx of Roman Polanski and a random luscious Hollywood preteen, that Old Whoopi would draw the line somewhere between blow torches and cannibalism when it came sex. But no, Christine Blasey Ford must be avenged!

I would actually be encouraged to learn that most of this hypocrisy was studied, rather than just unintelligently spontaneous. I can’t make that determination; regardless of how much I wish I could believe there are a few lights left to turn on upstairs. I don’t think there are. I really think the average View audience member or MoveOn demonstrator believes in the sense of “We’re really wiping the floor with Eastasia this time, Bubba!” This US Senate confirmation circus is what utilitarianism looks like. Anyone or anything that withstands the rising flood tide of ignorant id will be hell-baked to a Steeler’s Temper.

If We Fail, We Follow Leonard Peltier To His Fate | How Trash Pandas Conquer Democracy