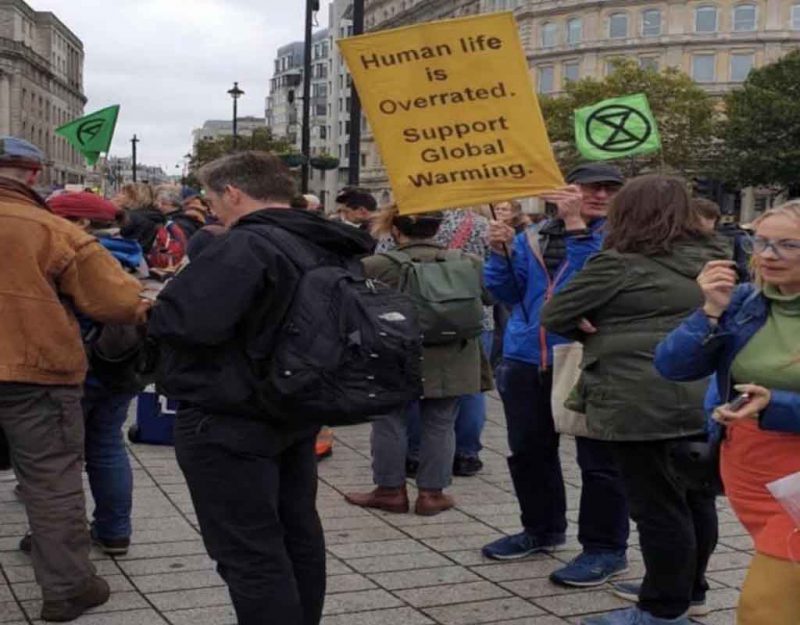 Great civilizations tend to die by class warfare. This fragments their internal leadership and makes them dissolve into infighting. Eventually, invaders or a natural disaster will come along and finish the job, but the beginning of the end starts with class warfare.

Class warfare happens because civilizations implement process and procedure. Instead of knowing how to do things, people follow instructions, whether verbal or written. Eventually they get checklists, and people can memorize how to do things without knowing why they work.

This means that as parameters change, they will be unable to adapt. They do not understand the underlying why and how the task fits into the larger picture; they know only how to do the task, which is even more devastating to general knowledge than specialization.

However, these processes and procedures work, at least in the short term. Mortality goes down, and birth rates go up, at least in terms of the ones who survive. Soon there are many people with no particular skill, and finding that they are not paid that much, they revolt.

The dying civilization enters the phase of prole rule.

We can see how prole rule accelerates over time by looking toward who supports further extension of prole rule. First the proles want freedom; then, they desire equal treatment; since that turns society into a capitalist wonderland, they then want subsidies, or equal wealth.

Who is pushing for socialism in America? It turns out that lower classes love socialism:

Nearly two-thirds of black Americans (65%) and 52% of Hispanics have positive impressions of the term socialism, compared with just 35% of whites.

Those with incomes of less than $30,000 express more positive views of socialism than those with higher incomes.

In other words, the poorer someone is, the more likely they are to support socialism. This explains the permanent status of socialist-style programs in the West, which we can see in full by realizing that this has been true for almost two centuries:

Part of the reason is that the first chancellor of newly unified Germany, Otto von Bismarck, stole the socialists’ thunder when he implemented a number of their policies. Bismarck was no friend to socialist ideologues, whom he called “enemies of the Reich,” but he created the West’s first welfare state and implemented universal male suffrage in order to head off the left’s ideological challenge.

Perhaps as a result of von Bismarck’s grand bargain, however, many socialists have seen the gradual political change as the means of improving society. Such “reformists,” as hardliners call them, were often aligned with “social gospel” Christian movements in the early 20th century. They logged a number of policy victories: regulations mandating workplace safety, minimum wages, pension schemes, social insurance, universal healthcare, and a range of other public services, which are generally funded by relatively high taxes.

After the world wars, socialist parties became a dominant political force in much of Western Europe. Along with communism, various forms of socialism were heavily influential in the newly decolonized countries of Africa, Asia, and the Middle East, where leaders and intellectuals recast socialist ideas in a local mold—or vice-versa.

Every republic fears a French Revolution, where the peasants join up and overthrow the kings, not just for the ensuing murder and theft, but because such revolutions make superpowers into also-rans. France had its last hurrah with Napoleon, and since that time, has been mostly inconsequential.

Today, the idea of France being on par with the US or UK — or even foreign powers like China — is laughable. It took the revolution only half a century to end the glory days of France and turn it into a country more likely to be occupied than occupy.

In order to avoid revolutions, our governments buy off the citizens with entitlements, much as Bismarck did. They tolerate the destruction created by unions, and then send labor to China or India in order to avoid confronting those unions.

All of us are being held hostage by the proles, and it turns out that we too are following France into the abyss.

What Alinsky Actually Wrote Is Worse Than The Woo | Periscope (June 2, 2020)