How sending women to work scuttled our economy 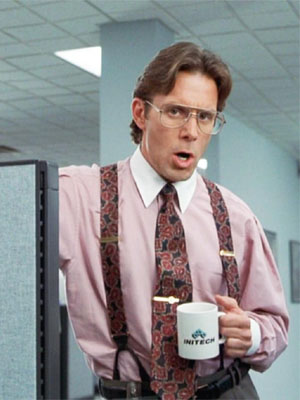 The right fears theory because it is accustomed to the arbitrary abstractions of clever people who work very hard to justify the herd-instinct and its source, the individualism that conceals a fear of insufficiency.

However pure theory is often the best way to argue, because unlike facts, it cannot remain “spun,” or adjusted by the context of its presentation from logic to a “talking point,” or verbal meme that resembles a logical argument but is in fact rhetoric.

To start thinking logically in that way is against all that you’re taught. Opinions are opinions, but facts are real. Except that fact is often buried within the presumption of a certain ideological spin, so facts aren’t even facts.

One area to which we should turn our brains is the ongoing instability of our economy. For most of the modern era, the economy has been unpredictable and sometimes, it turns on us. A factor in this unpredictability is our leadership and tendency toward social trends, but another looms larger.

When we started sending women to work, we began doubling our workforce. This is great in theory but for employers only. More workers devalues the cost of any one particular worker because there are more alternatives. But then the question is what type of job is filled.

Every business can separate its employees into two general categories. There are those who serve a role in the production of the goods or services that make the business money, and then there are those in administrative or bureaucratic roles.

For example, if my company makes widgets, the factory workers, engineers, truck drivers, managers and purchasers directly contribute to the widget-making. However, the people filing paperwork, paying salaries, processing employee complaints, and ensuring compliance do not.

That is not to say that some of those staff are necessary. However, with more regulations, we need more of them.

When women were placed into the workforce, most of them took jobs that were not already filled. A good portion of these were administrative; not coincidentally, this category has swelled dramatically in the last fifty years.

One reason a category swells is because it can since there are not only people who take those jobs, but people who will depend upon them. Thus it seems cheap at first to hire more, and then more.

If you wonder how we got to the point where most jobs involved four hours of actual work per week, and 36 hours of attending meetings, filling out inconsequential paperwork, reading email, being on conference calls, etc. this is the source: the jobs themselves aren’t important.

When women entered the workforce, we needed to find a way to hire all these new people who would need the income. We diluted job roles in order to make room. This in turn made jobs boring, except for people who enjoy the social aspects of the job, which are all of the non-work parts of the job.

By insisting on this universal participation, we’ve changed jobs from having purpose to being a process of attendance and compliance. Even further, this has diluted productivity. We have made most jobs or most of jobs fully extraneous.

The result is that industry moves more slowly, and has a higher cost in those jobs which are not related at all to the production of widgets. This is the new norm, and most people are afraid to criticize it.