Heterosexual Pride Day Demonstrates How “Equality” Will Not Solve Our Problems 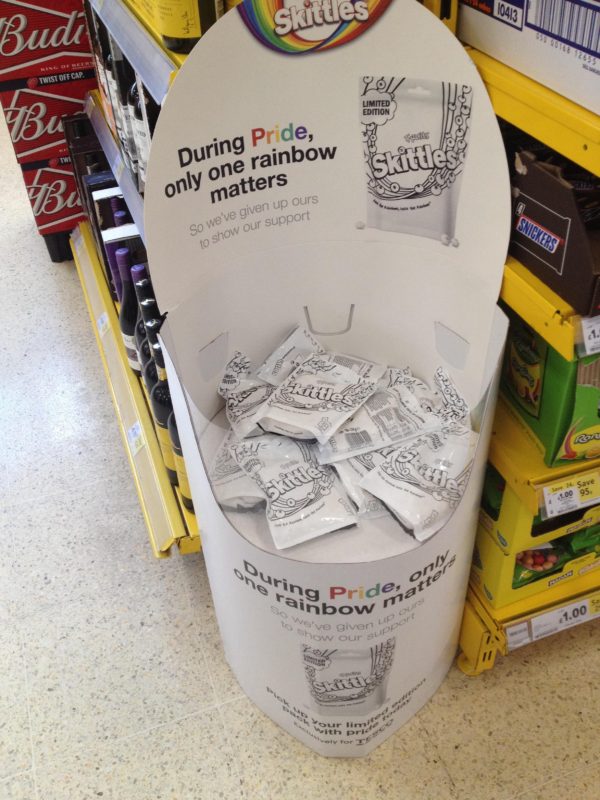 In the realization that the best defense is a good offense, a group of non-Leftists got together and christened today Heterosexual Pride Day. Good provocation brings out the issues that lurk under the surface, and this was top-notch trolling.

Naturally the Left responded with outrage. In their view, homosexuals are a persecuted minority, and therefore homosexual pride is good, but heterosexual pride affirms the oppression that they infer is going on because of the delta in power between the two groups.

On the Alt Lite and mainstream parts of the Right, this provokes confusion. How is it, they ask, that if it is good for one group to have pride, it is bad for another group to do the same? Try that with the “White Panthers” or “Christian Holocaust” in conversation and you will see why not.

As they are about to learn, the hardest cuck to beat is the cuck within. In each of us, there is a beaten, derided and humiliated little boy hiding in his room after his parents said something cruel or his social group at school made fun of him for not being enough “with it” in emulating whatever trend everyone else was chasing.

To uncuck yourself, realize that there are two views of human social organization:

Egalitarianism arises from a desire to avoid conflict. Properly speaking, it is a variety of pacifism, or the idea that refusing to fight is more efficient or more moral than getting in there and fighting. The tearful child hiding behind his pillow wants, at first, for the conflict to end so that he is just accepted and can go further down the path of maturation without the horror of social censure confronting him.

If you want to know why most people tend toward egalitarianism, and from that to the range of opinions derived from it known as “Leftism,” the reason can be found in this desire to avoid conflict. If we tolerate everyone, stop fighting, and each of us just does whatever he or she needs to, they think, then society can function and the individual will not be bullied anymore.

To someone in the grips of this mentality, “equality” seems like a savior. In this view, every person and group gets an equal chance to have pride in what they do. But that is not how equality works in practice. In practice, pacifism always penalizes those who know and care enough to fight for what is right instead of what is convenient (that which allows us to “just get along”).

They do not understand egalitarianism. Equality will always and forever mean taking from the thriving and giving to the failing. It will always mean supporting the underdog against the strong. It will inevitably and necessarily oppose those who start conflict, even if the conflict is fair and reasonable, because the goal of equality is keeping everyone together in lieu of finding out what is right because the latter inexorably involves conflict, and egalitarians fear conflict in which they can appear to be in the wrong.

Scratch a bully, find someone who is terrified of not being included. Every bully that I knew had a terrible home life. Divorce, drunk dads who loved the belt more than a single word of praise, dysfunctional parents and siblings in jail. Feeling no place that belonged to them, and thus no value or purpose to their lives, they came to school and did unto others as life did unto them.

The kids who were really sad were the ones who had outwardly functional homes, but parents who belittled them or ignored them. To these parents, children were possessions that were designed to make the parent look good, and if that did not happen — the little screwups of childhood — they treated the children like non-functioning gadgets, and this mentality of “take it back to the store” or “throw it out” imprinted deeply on those children. These are at first inclined to go along with the True Believers in equality, but over time come to realize that what they have always wanted is to know what is right, and to do that, so when people criticize the belittled child can comfort himself with the knowledge that he did what was good and that the others are simply wrong.

One does not need equality in a group that is naturally equal, which means a group where everyone knows roughly what is right and each person is working toward that unequally, or according to their skills and abilities without the expectation of being identical. But in a group organized around control, or forcing everyone to just-get-along so that authority can stop worrying about what is right and focus on increasing its power, inequality is a problem because authority needs everyone to do exactly the same thing in order to avoid internal conflict. They demonize that internal conflict because some of it will consist of accurate and realistic criticism of that authority.

Authority gets a huge boost here. The dividend achieving by not trying to address real problems, and instead using that energy and resource load to further the goals of authority itself, makes authority massively powerful. Despite its promises to citizens, it serves only itself, and power that serves its own goals instead of those that it rules is by nature tyranny, or another form of bullying. It comes full circle.

This creates a match made in some infernal place. The underconfident herd demands an end to being bullied because its individual members fear losing social status if they are found to be wrong, and so authority steps in and promises to abolish all standards except obedience to authority, which makes everyone safe. At that point, society anathematizes realistic thinking and solutions in the external world, and goes down a path of navel-gazing which rewards only lies, since it is based on an assumption (equality) that is a lie.

This is why “Heterosexual Pride Day” or “white pride” will always be viewed as different than their equivalents among minority groups, and will be demonized and treated as an attack. You cannot get to doing what is right through equality; in fact, egalitarianism opposes the very idea of doing right or being realistic, which is required to know how to do right, in the first place. Equality replaces good as the goal of society. As the old saying goes, “Quality or equality; pick one.”