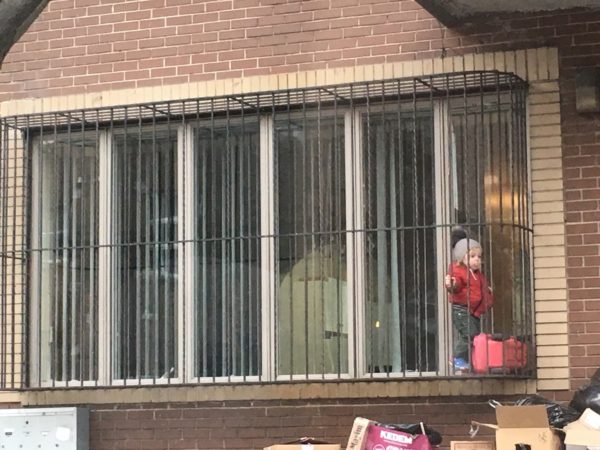 When a society is new, everything has purpose in the physical world. Defeat the barbarians. Grow these foods. Build a sewer. Clear these fields.

As a society grows, social purpose replaces actual real-world purpose. The real-world goals are mostly vanquished; now, one must convince others to do things. Some do they because they are necessary, and others become individualists, who act for personal power and wealth at the expense of others, the organic society, and that intangible and fragile world of principles which sustain civilization.

When the concept of “equality” arrives, as it always does when one wants to pacify a group, the methods of motivating people through authority fade away. What replaces them is an open market and social scene, and then symbolism takes over from reality. The appearance of being good and friendly becomes essential to interact with others, and have them do things for you or pay you for services.

This symbolic reality quickly replaces all other vectors to success. Those who want to succeed must learn to manipulate it, and in so doing adopt it as their way of interacting with the world. This reduces all of society to a question of control: how to coerce and bribe others into doing what you want by presenting pleasant illusions instead of harsh realities.

At this point, the society becomes dominated by merchants or at least those who think like them. (Much of Europe’s outrage at Jews can be explained by the identification with Jews as merchants, and therefore the blaming of Jews for Europeans converting themselves into a society that uses exclusively mercantile logic, as happening following The Enlightenment™).

Control demands that there be one central authority, ruling others through direct command or indirect methods like guilt and ideology, and it too spreads as a mentality. Society becomes competitive on a personal level for who is able to rule over others not by mutual interest, but as a form of using those others as a means to an end, with that end being the interest of control in maintaining itself.

In a control-based society, control has no goals except itself because being in control enables one to freely partake in the wealth and power of that society. The controller needs nothing more than to achieve control, which requires constant assertion of dominance, and then any other decision is contingent upon that control; society becomes the tool of the individual who is motivated to control.

The problem with control, as Fred Nietzsche noted in his controversial and misunderstood series of observations of “slaves and masters,” is that it makes the controller dependent on the controlled. This causes the controller to live through others, engaging in a vicarious existence where the experiences of others become more significant than those of the controller.

This is how tyrants become lonely, introverted, and sad. It is also how anyone of above-average ability, in a control-based society, destroys themselves. Appearance leads to manipulation, manipulation leads to control, and control leads to all — including the controller — becoming tools of the control. The cart comes before the horse, and the tail wags the dog.

As part of this, the family is shattered. Parents must dedicate their lives to work, either in control or under control, and they take this mentality home. They both attempt to control their children, and live through them. This leads to a mentality of ownership in which parents project themselves into the lives of their children, who they treat as symbols:

And yet, making real estate decisions solely for the sake of your kids can be a recipe for regret that can actually undermine your family’s happiness.

â€œPeople get idealistic and sometimes irrational when they choose the home they plan to raise their kids in,â€ says Holly Breville, a McEnearney Associates real estate agent in Washington, DC.

The parents become idealistic and unrealistic because they are not thinking of real needs of their children, but how the parents want to visualize themselves as successful parents. This involves a slaves-and-masters calculation: in order to appear in control, the parents allow themselves to be controlled by the opinions of others, living through those others as through their own children.

Controlling parents ruin their children by planning life too exactly for them. Such parents want a child to act out what the parent secretly desires, and so they shape the life of the child, making decisions for them and wrestling control over the life of the child from that child when something goes wrong.

By doing so, they raise children who are unable to make their own decisions. The explosion of hipsters — mostly the children of successful parents — demonstrates this: never having been able to make decisions and get them wrong, and having been made dependent on the parents by parental intervention, the children exist in a perpetual present tense of indecision, which they supplement by adding adornments to their lives to appear in control, despite having given up on many important areas of life.

The horror of the modern time is not limited to external forces like institutions. Much of it arises from the craziness of people: neurotic, unstable, vindictive, petty and most of all, manipulative. Control is a mental virus that infests a society and ruins it from the inside out, leaving behind a wasteland of confusion.

They Admit It: “American Prosperity Depends On A Non-White Future” | What Antifa Have To Look Forward To In Prison