How Humanity Transitioned From Power To Control 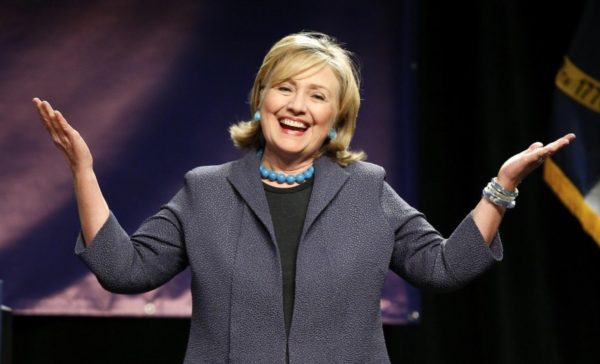 Over at The Financial Times, Edward Luce writes that the American era is over with the demise of globalization, and the era of “strong power” is back:

Mr Obama took office at a geopolitical inflection point. As he prepares to leave, few any longer dispute the fact of relative US decline. For all his high aspirations, Mr Obama was unable to stop the process.

The era of great power politics refers mainly to the fact that there was no superpower status nation-state which kept the rest in line, so it was open competition on the basis of self-interest. Not surprisingly, this led to “strong power” or more authority to the heads of state.

But this leads us to a question: What if the great powers age never ended, but instead transitioned into a propaganda war?

This explains the radical shift toward manipulative imagery instead of pure military might. That in turn led to the war for hearts and minds that created the ideological age.

In new right circles, we tend to refer to that type of power structure as “soft totalitarianism” or “decentralized totalitarianism.” Perhaps its best explainer is Vaclav Havel, who writes of the passive coercive power that such systems demand through ideological conformity:

One legacy of that original “correct” understanding is a third peculiarity that makes our systems different from other modern dictatorships: it commands an incomparably more precise, logically structured, generally comprehensible and, in essence, extremely flexible ideology that, in its elaborateness and completeness, is almost a secularized religion. It of fears a ready answer to any question whatsoever; it can scarcely be accepted only in part, and accepting it has profound implications for human life. In an era when metaphysical and existential certainties are in a state of crisis, when people are being uprooted and alienated and are losing their sense of what this world means, this ideology inevitably has a certain hypnotic charm. To wandering humankind it offers an immediately available home: all one has to do is accept it, and suddenly everything becomes clear once more, life takes on new meaning, and all mysteries, unanswered questions, anxiety, and loneliness vanish. Of course, one pays dearly for this low-rent home: the price is abdication of oneâ€™s own reason, conscience, and responsibility, for an essential aspect of this ideology is the consignment of reason and conscience to a higher authority.

In these systems, people are rewarded for conformity and punished for deviation, including — most importantly — the failure to participate. If you want to have a career, family, house and friends, you must join the franchise, like a union, gang or cult.

These systems start with the assumption that they are right and then use that position to portray all who fail to participate as being by the converse wrong, which justifies their exclusion. In this way, it incentivizes every person to re-interpret reality according to the ideological narrative, and excludes those who do not join the herd.

To see this in action, witness an anatomy of “spin” as it works to advance the Leftist narrative by attributing Leftist actions to the Right:

These facts as they circulated from Dallas sent shock waves across the world, suggesting that Castro or perhaps Soviet leaders were behind the assassination of an American president. Indeed, a spokesman for the District Attorneyâ€™s office in Dallas soon asserted that President Kennedy had been assassinated as part of a communist conspiracy.

…It was to be expected then that prominent public officials and journalists would look for ways to deflect attention away from Oswaldâ€™s possible ideological motives and toward other possible causes of the crime. In the same issue of the New York Times, adjacent to the report from Dallas, readers found an unusual opinion article penned by James Reston, the Washington bureau chief of the Times and at that time the dean of national political journalists. The article was titled, â€œWhy America Weeps: Kennedy Victim of Violent Streak He Sought to Curb in Nation.â€

…Two narratives of the assassination were thus juxtaposed on the front page of The New York Times on the day after the event. One was based upon the facts, which pointed to Oswald as the assassin and to the Cold War as the general context in which the event should be understood. The other was a political narrative, entirely divorced from the facts, that pointed to â€œextremists on the Rightâ€ and a national culture of violence as the culprits in the assassination. Both interpretations could not be correct.

…Upon hearing that President Kennedy had died, Chief Justice Earl Warren, soon to head the official commission that investigated the assassination, issued a statement to the press: â€œA great and good President,â€ he declared, â€œhas suffered martyrdom as a result of the hatred and bitterness that has been injected into the life of our nation by bigots.â€

Truth was reversed by the simple interjection of opinions by those at the top of the ideological hierarchy. Others conformed; those who did not were marginalized, and that was used — as a complex ad hominem argument — as proof of the unfitness of their opinions. History was re-written.

This shows us a transition from power to control. Power is either exercised upon a population, or with their consent to its general correctness (authority) even when disagreeing with a specific act. This is the nature of strong power.

The postwar American hegemony on the other hand operated through control, which is a type of managerial state that takes advantage of dark organization within itself by making ideology align with the personality weaknesses of individuals that generate dark organization when they rebel against social order or organizational goals.

Control is the root method of civilizational destruction. This is an opposite to strong power, which opposes dark organizations by setting up clear goals and rewarding only those who achieve them. Control rewards only those who obey ideology, which is a substitute for reality where having the right opinions is more important than achieving results.

The new strong power age has positive implications for those who want a traditional civilization. It ends the “we are all one” and “everybody is important” mythic dogma required for Control, and begins to implement the values standards necessary for authority. As part of this, it promotes culture and morality over financial convenience, which will be a vast change from the gradual assimilation of society by financial interests that has dominated the West in the near past.