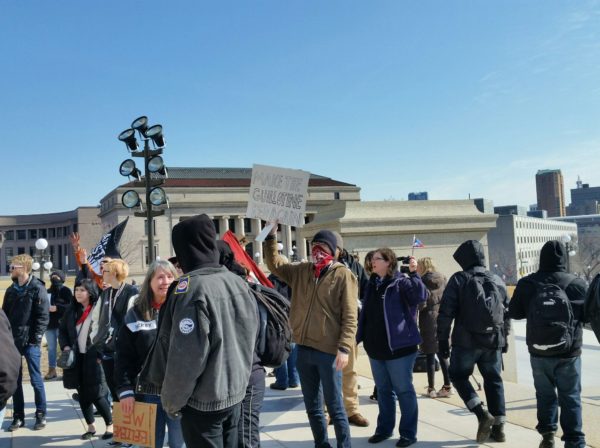 A correction to a frequently cited 2012 study has been issued, after researchers discovered they mixed up results purporting to show conservatives are more likely than liberals to exhibit behaviors linked to psychoticism, such as authoritarianism and tough-mindedness.

But in an erratum issued by the journal, first reported by Retraction Watch, the authors said those two findings were â€œexactly reversed.â€

It’s lügen-everything these days. There is no reason to trust published science because it is made by people, and those are self-interested actors who are selling a product to an audience that likes to confirm its Leftist bias. In addition, they are trying to get promoted within a system that exclusively swims Leftward.

Authoritarianism and tyranny are misunderstood terms. The Left likes to think that methods determine intent; in reality, intent determines methods. In an emergency, everyone is an authoritarian because the consequence of not ordering people around is that they panic like disorderly sheep and this results in mass carnage.

This means that we cannot talk about “authoritarians” or “tyrants” by their methods, such as strong power, as this study hopes to. Intead we have to look at the reasons behind their efforts: tyrants are self-serving, the Right exerts strong power as a means of preserving civilization as a whole, and the Left achieves tyranny through good intentions and passive methods.

For that reason, criticizing someone as an “authoritarian” is like the term “racist” just a throwaway line, or a way to dispel critics without actually looking at their arguments. This is typical of the passive-aggressive approach of the Left.

On the other hand, we can look at what Leftists actually want: Control. Control occurs when a two-layer hierarchy is present of a few strong leaders and masses who are required to do the same exact thing over and over again as a means of advancing an ideological agenda. Control is the opposite of strong leadership, which produces a space for natural growth and rewards the good.

The Left has flirted with Control because this is an extension of its dominant philosophy, individualism. The individual wants to make himself more important than the world and other people so that he can use them as means-to-an-end of his own gratification. In a group, this becomes Control, in which people are made equal so they can be subservient to the ideology and its Narrative.

Cooperation is the opposite of Control. When cooperating, humans unite unequally on the basis of principles and goals. They work together without being the same and operate organically, where good behavior is rewarded and bad punished, but people are not expected to do exactly the same thing like a machine in a factory.

Even when Control is not authoritarian — and it frequently is not, for the same reason evil always appears well-dressed and seductively attractive — it seeks to make everyone act in the same way, a conformity of obedience designed to make them extensions of the design of the controller, and it punishes not enemies but those who fail to comply.

Control is what happens when human order breaks down, and Leftism both rationalizes and promotes it.