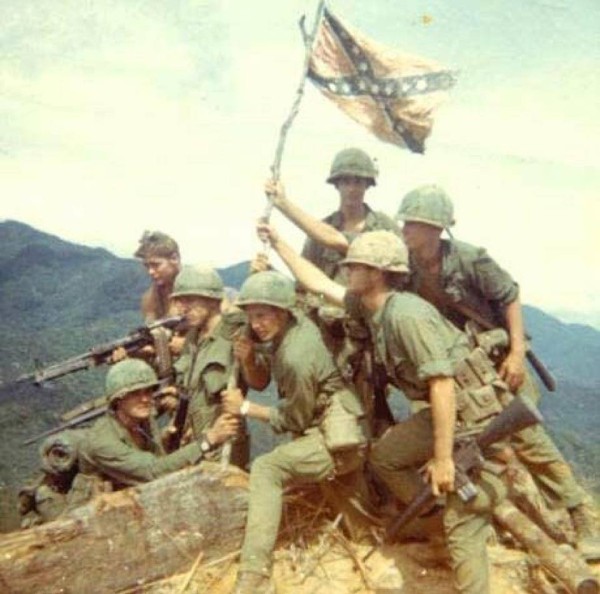 Let us be honest, in the way that only old friends after a long day in the woods where no one else can hear a word can be, and admit that the media crusade against the Confederacy masks an ugly bigotry: hatred of the South.

They hate the South because misery loves company, and the South broke away from the tendency toward industrialized tenement living where gossip is the main activity that characterizes the North, and instead opted for a society of grace, intelligence and honor. This society prioritized the existential experience of being alive over the need to be functionally obedient to a social group, and emphasized social hierarchy over the manic equality that makes cities essentially one long crowd fighting over its place in line. The South wanted truth to come before flattery, realism to come before popularity, and the best to rise above the rest, and that was unforgivable to the egalitarians of Massachusetts and New York who, packed into cities like sardines, resented anyone who had escaped the miserable life they had chosen for themselves.

As a result, they mobilized for a great war where they won by industrial strength and numbers more than skill — with a few notable exceptions — and destroyed their enemy with the implements of modern warfare, including burning cities to the ground, rape, murder and later, theft of its resources through Federally-subsidized legal means. The North can never regain its honor after these events and in its shame knows this, which makes its inhabitants even more virulent in their hatred of the South. They do their best to humiliate and “break” the people of the South, forcing them through social pressures to refute all that they know is true and good, as this extract from Absalom, Absalom! illustrates:

“Tell about the South,” said Shreve McCannon. “What do they do there? How do they live there? Why do they?â€¦Tell me one more thing. Why do you hate the South?”

The South accepted me when I was tired, penniless and broken; it nourished me when I was weak; it cared for me and saw hope in me as a person. When I visit the North, I am a number, fodder for the machines and a question of what can be extracted from me or what I can be induced to do in order to make others prosperous. In that society, there is no social order, only an economic order where the weak eat the strong. It is no wonder it fights back, viciously, with pretense and accompanying shame, wielding guilt and terror as its weapons, because it has nothing to say for itself. It is an empire without a soul and, like all bitter people, it hates anyone who has risen above that state and dedicates itself to destroying them.