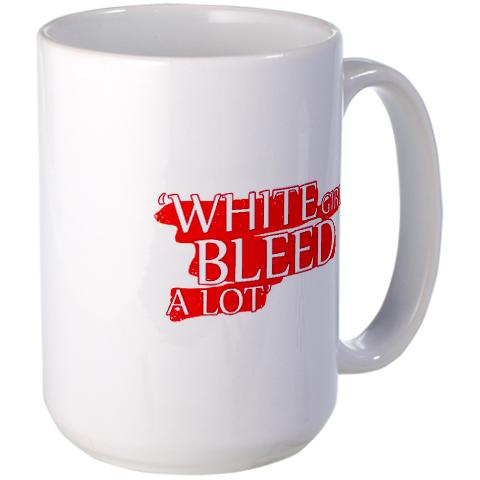 Many of you may be familiar with White Girl Bleed A Lot, the book by journalist Colin Flaherty that details how some black people are forming racial retribution groups and staging race riots, but more importantly, how our media absolutely refuses to cover this fact out of fear of being “racist.”

Flaherty, who is not racist, does not blame African-Americans as a whole for these riots, which generally target whites, Asians and homosexuals. He points out that this is probably a minority of the African-American community. With that in mind, he asks, why can’t we talk about what’s really going on here? Why do we have to call these people teens and pretend they aren’t race riots, when it’s obvious they are race riots?

White Girl Bleed A Lot branched to become a website, a podcast and a series of videos. That’s where the trouble came in. In lock step with the mainstream media and the US Government, giant search engine company Google is now also censoring any mention of America’s race riots, as Flaherty writes in his email update:

We get a lot of traction from Facebook and YouTube. They are great for spreading the word about the racial violence and denial in White Girl Bleed a Lot.

But people who cover racial violence get kicked off YouTube and Facebook all the time. A month ago I did a story for Breitbart about a video of a child beaten on a school bus.

That is a lot. here is what they banned: Black mob violence on the bus.

And Google, of course, has threatened a lot of web sites that talk about racial violence. Including places where I write, like WND.

So we are probably short-timers there.

This is worth noticing because we have industry, media and government acting toward the same agenda.

This agenda isn’t racist; it might appear “racist” to some, but more likely it’s just rocking the boat. That is, it refutes the idea that everything is going swimmingly with our current direction as a civilization.

In a healthy civilization, pointing that out is a matter for discussion.

In a dying civilization, pointing that out is the ultimate sin.

Which is it? To find out, I certainly won’t “Google it.”

Change – No change | An awareness campaign to erode your mind