George Will Knows What’s Good For You.

by Jonathan Peter Wilkinson on February 9, 2018 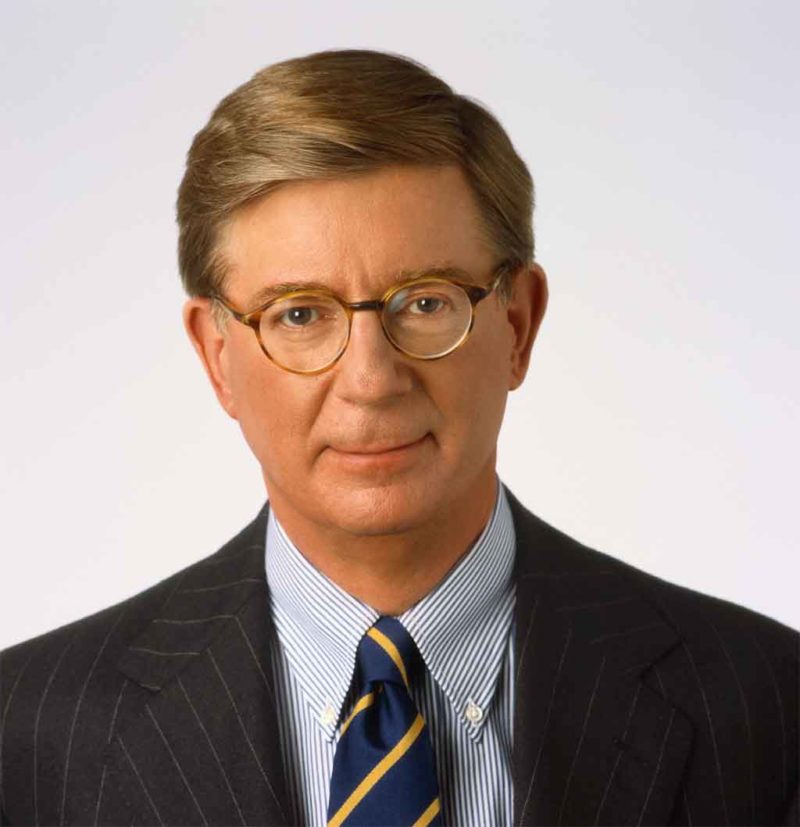 Progressives, no matter what they may claim to be politically; will reveal themselves by what they think of the rest of us. They are here to take care of us. They are here to look out for the little guy. And make no mistake about it, anyone they disagree with one of them is totally the little guy. George Will may call himself a Conservative, but he reveals himself when he quoted one of his ideological touchstones, John Maynard Keynes.

Keynes tells us why he felt concerned over people having any level of comfort.

I draw the conclusion that, assuming no important wars and no important increase in population, the economic problem may be solved, or be at least within sight of solution, within a hundred years. This means that the economic problem is not-if we look into the future-the permanent problem of the human race. Why, you may ask, is this so startling? It is startling because-if, instead of looking into the future, we look into the past-we find that the economic problem, the struggle for subsistence, always has been hitherto the primary, most pressing problem of the human race-not only of the human race, but of the whole of the biological kingdom from the beginnings of life in its most primitive forms. – John Maynard Keynes, â€œEconomic Possibilities for our Grandchildren (1930).â€

If Keynes reminds you of Agent Smith from “The Matrix,” here’s why.

So where does George Will go from here? Straight into a lecture on why good economic times are bad news. People don’t know what to do with their own money. They have time preferences high enough to serve as Donald Trump’s wall. They do things that are fun rather than locking themselves in meditation closets and self-flagellating* like Saint George, The WaPo Conservative (and would Pravda-on-the-Potomac ever hire a real conservative that threatens their limousine Lefty point of view?). He has a point. So did Nietzsche and Karl Marx. The question is what is he doing with it?

With George Will, this is rather obvious. When any figure not of the Left attempts to critique the culture, they can either wage an intelligent argument regarding the defects they see, or they can become Dumb, Old Dad. George has totally become the latter.

You see George Will’s version of Conservatism is intellectually dead. He is now stomping mad that people are not doing it his way. Somebody had the sheer and unmitigated audacity to blow George Will off, and then get elected as a Conservative alternative without George Will’s express, written permission. George Will considers the existence of any non-George Will Approved Conservatism as some form of sneaky copyright infringement. And on top of that, and this one really urinates in his tidy bowl of All-Bran; President Trump and Congress just passed a bill that has led to the highest monthly increase in wages since January 2009.

Those wages went up because people are being treated like adults. They are being allowed to keep more of their take home pay and through President Trump’s deregulation efforts they are systematically receiving far less “advice” and “support” from poli-sci super-geniuses like George Will. Assuming that even Keynes had a point,** and that we are basically figuring out how to push the limiting frontiers back faster than we can be constrained by them, one can partially understand George Will’s angst. A genius is in part defined by the problems that are there to be solved. Without those problems, the genius then either accepts a certain demotion in stature or he can pine at last for the beckoning fjords.

Will’s dumb old dad column reminds me of a family gathering where I almost, but didn’t quite lose my demeanor. My father, uncle and a couple of other distant relatives I didn’t know well were comparing how they survived having adolescent kids. We had all mixed sodas with alcohol and were relaxing on the deck when my dad offered up the following theory. “You keep them broke, you keep them busy, you keep them tired. No money, no free time, lots of homework and lots of extra-curriculars. Do that and your children probably won’t break too many things they can’t eat or pay for.” Had I been perspicacious enough as an adolescent to put together what was being done to me, I would have reacted very poorly to that set of incentives.

This is the George Will, Jonah Goldberg and George W. Bush Conservatism that gave us 60 Democratic Party Senators and Obamacare. They get to be daddy and dictate what type of Conservatism is permissible. Broke, tired, cowed and cucked is no way to go through life and most of us still capable of independent thought realize that even comfortable slavery still leaves us somebody else’s knee-grow.

So while George Will can cherry-pick a fact the way Derek Jeter could field a grounder at shortstop, what he really does here is bemoan his own current status. He is the Conservatism of yesteryear. He is a Peak Oil Blogger the year the frakking industry went down the steep portion of its cost-per-barrel Learning Curve. The limits to growth, productivity, intellect, creativity and hope that were necessary to make his existence still necessary are getting blown up with dynamite. Yes, George, if you rely upon the continued, misery, stupidity, shallowness and ignorance of mankind to forever drive the human cattle down the funnel and straight to the abattoir, then January’s good economic news really does suck, for you at least.

* – Oh, wait. I kid. St. George ditched his old steady and shacked up with the trophy wife.

Even In Popular Culture, A Revolt Against “Progress” | Why Leftist Inclusivity Is Doom