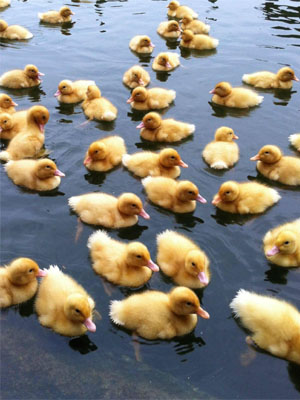 We are a society of individuals, which means we are a judgmental society.

With rules, there is a simple process: do what the rules say, and you’re OK. The same is true of hierarchical, role-based societies, to a greater degree.

With individualism, all of the choice falls on the individual — but so do the consequences. This is why such societies are judgmental. Failure is not just a failure to perform a task, but a failure of character.

In a judgmental society, you can do anything you want, but the stakes are higher, so you tend not to. In fact, because other individuals are judging you, and since social interaction is voluntary you need their approval, you are going to conform that more solidly because if you lose social approval, you’re nothing.

For this reason, in individualist societies, people tend to think of how their actions will appear. This creates a state of future conformity, in which people choose their actions based on how they will look if they fail.

Some failures have retreat points. If you try to pick up a girl, and it doesn’t work, everyone understands because everyone wants the same freedom to fail gracefully.

But if you try something new, others may gang up on you because there’s opportunity there — they can raise their own social status by spotting the weaker monkey and organizing a group mockery of that person.

This is why our society becomes such a cauldron of calcified, rigid thinking. You can do anything you want, but if you fail, you look like a total idiot for not doing it the way everyone else did. You may lose your job, friends or social position in turn, because your character is being judged.

Imagine explaining to your boss why a project went south. There’s a way everyone does this, but we chose another way. The boss’s question will inevitably be: why didn’t you do it the way everyone else did? It worked for them!

Hindsight being 20/20, and retroactive enforcement being the norm because making judgments makes people feel more powerful than suspending judgment, this is a difficult place to be.

As a result, people look toward the future and plan conformity not because it’s a good idea, and not because trying new ways are bad, but because the social risk is too great.

This future conformity is worse than the conformity of totalitarian states, where everyone does the same stuff by process. There is fear of difference in individualistic states, and it drives us into a negative mindset of thinking about how things look, what the risks are, and what the norms are.

In life many things cannot be taken at face value because time and the counter-reaction of the world to those things change them to often be the opposite of how they appear. Somehow more rules means more evasion of those rules, throwing money at problems can make them more expensive, and the greater the “freedom” the greater the fear of freedom.

Future conformity is one aspect of this fear. When we have nothing to stand on but our own judgment, and are socially judged by the appearance of the results, freedom becomes slavery indeed.

How to stare at a screen | Giving up