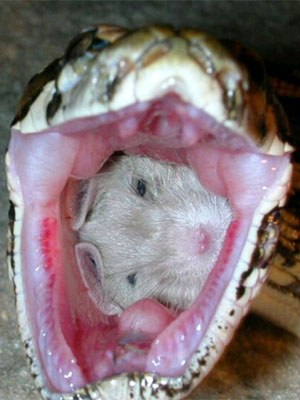 Giving up is a popular idea. Rock bands laud the collapse, political writers urge us on toward it, and popular sentiment is of a “throw the bastards out” mentality.

It will always be popular to say that what we have is broken and needs to be overthrown. First of all, this is an emotionally and visually satisfying image: a clean start, a removal of all the bad. Second, as a distant possibility, this is a socially safe opinion to have, in that it will rarely require action.

Destruction of the existing order is tempting because it is the ultimate group activity. You can unite people easily on nothing more than discontent, and when they’re discontented, they want to hear something that sounds like a total, final and powerful solution.

Of course, this is appearance and not reality. Destroying one system of government most commonly entails its replacement with something that is almost completely the same, just in the hands of new masters with their ideological concerns first and foremost.

Two hilarious examples are France and Russia. The French overthrew their monarchy in favor of a bloody people’s regime that quickly turned imperial with Napoleon. Similarly, the Bolsheviks overthrew their monarchy and soon had imperial leaders like Josef Stalin. In both cases, the new regime was more abusive than the old and less effective, but created by popular demand.

It will be the same with overthrowing our current governments. Unless someone has a clear concept of how to create a society on a totally different model, we will follow one of the existing ways of running a civilization. That will be either monarchy, socialism, the open-air bazaar that is both third world oligarchy and globalism, or a purely anarchistic local warlord system like much of the developing world.

People like to insist that revolution is the only option because it allows them to continue the fiction that they are oppressed, which requires that (a) they be innocent and (b) there be an oppressor, which conveniently explains away all their failings. This is pure pretense emerging from our glorious simian heritage; even monkeys learn early on that it’s better to look good in public than to be right.

Saying that we should destroy our existing civilization is equivalent to a command to drop the reins now, and stop struggling, because the end is not only inevitable but good. It’s akin to saying we should give up now and plan for the future, which in the hands of your average human translates to “do whatever it is you want and ignore the future.”

What is needed instead is to give up on the instance of our system that exists. We have a basically good idea, but this cycle got corrupted, so we need to re-discover the principles underlying our society, both abstract stated principles like ideals, and unstated organic principles like our concept of nation.

The “new” and “revolutionary” is a distraction. The current version of our society is rotted because it is misinterpreting our values. The solution is not to throw everything out and start over, but to re-interpret those values in a sane way and re-build from within.