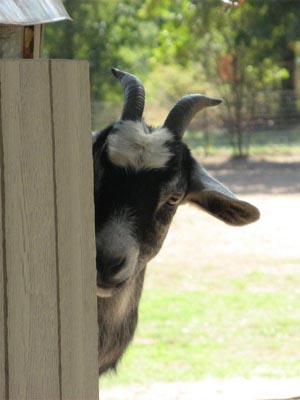 If you had to get a cancer, which type would you prefer? Here are your choices:

Behind door #1, a fast-growing cancer that quickly presents symptoms when it’s a type 1, so it can be cleanly removed.

Behind door #2, a slow-growing cancer that does not present symptoms until it is a full-blown type 4, leaving you no surgery options except digging a six-foot hole.

Although in real life there’s some middle group between the two, most things fall into these two categories. The fast and obvious versus the slow and clandestine.

One is direct and the other is not. The direct exists on a single level: it acts toward its goal and looks it. The indirect has two levels; first, its appearance and second, its actual goal.

Femicide, or the killing of women, occurs indirectly. Like most real “traps” in life, it has a pleasing outward appearance. If you’re thinking of dogs lapping up antifreeze, which tastes sweet, and then dying horrible deaths here, you’re probably correct.

Our Western civilization has enacted femicide by removing the powerful role that women had, and instead assigning them another role as interchangeable cog. For a relatively small amount of money, they gave up the security of having family as the center of their universe, and are now fodder for The System.

Woman: But you would want your wife to stay at home and do nothing with her life?

Me: How long does it take to cook three healthy meals and keep the home clean? Not more than four hours. If she is awake for 16 hours a day, and spends four hours of quality time with me, that means she has eight hours to do whatever she wants, at least until the kids start rolling in. She can pursue her hobbies and passions, go to the gym, read books, and enjoy her leisure time. As long as it doesnâ€™t come at the expense of maintaining the home, and she does her best to please me, she is free to do what she wants.

Woman: But I want to accomplish something. I donâ€™t want to be just a housewife.

Me: Pushing papers in an office is accomplishing something? Letâ€™s be real, no woman is going to win a Nobel Prize with her work as a human resource associate, middle manager, or government bureaucrat. If you owned your own business or ran a charity that fed starving kids, Iâ€™d agree that you were accomplishing something, but spending all your days in meetings, dealing with dumb office politics, and being a standard-issue wage slave sounds a lot less fulfilling than being able to pursue your interests while satisfying a man who takes good care of you.

Woman: But if I donâ€™t have a job and my husband has an affair, Iâ€™ll be helpless. I want to have a backup plan in case he neglects me.

Me: So youâ€™re going to marry someone with the expectation of failure? If you already have divorce in the back of your head before you walk down the aisle then I guarantee it wonâ€™t work. Itâ€™s having the need for options and a way out that ensures the marriage will fail. Itâ€™s only when both parties are unconditionally committed to the marriage that it has a chance of success. – Roosh V.

He makes an excellent point. Very few jobs are “accomplishing something.” In fact, most of them are just earning a wage. Even most professions are following in the steps of others. And now that we’ve doubled the workforce by sending women out to work as well as men, the salaries are lower, even if the dollar amounts are higher.

Under a traditional society, men worked and women were in charge of basically everything else. In exchange for this seemingly lopsided bargain, women got greater free time and at least in the South, the ability to engineer just about anything through a backdoor system of influence. Women talked to other women who talked their husbands into doing things. It gave men a forward role, and women a way of building a civilization around that.

As for bulimia, anorexia nervosa, or any other eating disorder associated with women, the Left invariably manages to link these to our inherently sexist society, with women â€“ the poor dears â€“ driven to diet, puke, and starve themselves in a desperate attempt to fit the apparent preferences of misogynist males for women who look like they’ve just emerged from a concentration camp. Strange, then, that these illnesses only came into fashion following women’s lib in the 1960s.

Modern western society’s emphasis on pushing women away from the family into the wider society, where image becomes an issue, and the endless pornographization of our culture (“bitches gotta look good nekkid”), both leftist initiatives, seem to be at the heart of these phenomena. – Alternative Right

Further, women were not cast out into the world like meat for sale. They were able to stay home with their families until it was time to get married, or in uncommon but frequent cases, to launch on a career path instead. When they got married, as most people still seem to want to do, they were taken care of and the same social rules that MRAs bemoan kept the husband honest regarding his wife.

There were bad husbands, but that is a function of the people involved. If you are unable to pick a good husband, exchanging the first bad husband for the second, third, fourth etc. won’t do you any favors. You would have been better off with the first one unless he was a true-blue sociopath, which is a situation not to be handled by divorce, but by criminal law… but I digress.

Women had it better when they had a sacred role. Now, they’re pieces of meat. Meat to fondle and fornicate with, like a prostitute but they don’t get paid (except in dubious “pleasure”). Meat to throw into the wheels of the machine as some desk-bound functionary. Meat to watch hundreds of hours of television that saps its self-esteem, compelling it to buy more products.

This is why a growing number of young professional women who seem to â€œhave it allâ€ are burning out at work before they reach 30.

These early career flameouts are reflected through the corporate ladder. Today, 53% of corporate entry-level jobs are held by women, a percentage that drops to 37% for mid-management roles and 26% for vice presidents and senior managers, according to McKinsey research. Men are twice as likely as women to advance at each career transition stage.

…One reason that women are burning out early in their careers is that they have simply reached their breaking point after spending their childhoods developing well-rounded resumes. â€œThese women worked like crazy in school, and in college, and then they get into the workforce and they are exhausted,â€ says Melanie Shreffler of the youth marketing blog Ypulse. – Forbes

One brutal truth: worker or mother, pick one. You can’t do both. As a Generation Xer, I got to witness firsthand the experiments in being both workers and mothers, and the results were uniform failure across the board. Social class, job type, etc. didn’t matter. Jobs always require you to be there more than you think you will, always wear you down, and always force you to confront the ugliest in humanity. Exhausted mothers return home with 25% of their energy left, and throw TV dinners at the kids, or embark on an ill-advised campaign to show the world they’re the best mothers ever, which sets up unrealistic expectations and results in quiet resentment of the children, and vice-versa.

The tipping point for Christianity in the US likely occurred when supplication became the churchâ€™s most profitable enterprise (as opposed to a backwoods hustlerâ€™s game), or at least when aspiring young preachers realized what success it could bring them. From there on out, a more female-oriented faith was inevitable.

If preachers had merely stopped there, it would be bad enough, but in their eagerness to please female congregants theyâ€™ve taken things a step farther, and many have progressed to the kind of outright man-bashing and shaming one would normally expect from a lesbian apostate such as Mary Daly.

Theyâ€™ve gone from forgiving womenâ€™s sins, faith healing and praying for money to playing the part of a drill sergeant for husbands, who, as we all know, will never be quite good enough for wives, guaranteeing plenty of work for the energetic preacher. – The Spearhead

Business panders to women by offering them a pleasant illusion, and it ends up enslaving them.

(Some) Churches pander to women by offering them a pleasant illusion, and it ends up creating a religion in which no one participates.

Beware the indirect. Very little in life is what it says it is. Many rocks have snakes underneath them. Not all sweet-tasting things are free of poison. Fool’s gold exists. How many other ways must it be said?

The result of feminism is femicide: the destruction of female lives. Not quickly, like murder, but slowly over the course of decades. We turn them into pieces of meat and cogs in the machine, then tell them that “empowerment” means casual sex followed by years alone in their lifeless apartments, sipping Chardonnay and surfing Amazon.com, wondering about the could-have-beens: could have been a mother, could have been really loved, could have been something more than a desk-bound functionary with a high wine bill and low self-esteem.

What we think of feminism, female empowerment and pro-grrl ideals are in fact a subtle trap that lures women from a place of importance, and instead turns them into chattel. The ideal alternative is a traditional society, but trillions of dollars of movies, government propaganda, books, magazines and TV shows tell you otherwise.

I guess you’ll have to actually use your brain to figure this one out.