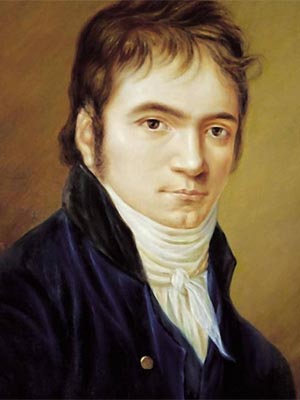 For the lucky among, the process of aging gifts us with maturation, which is in part an ability to separate wheat from the chaff and in part the ability to have a mission statement.

Not only does every great person in history have their Heilingstadt Testament, which can be summarized existentially as “although my physical presence decays, I surge onward toward an ideal,” every person lost anonymous to history has one as well: the will not only to persevere, but to triumph.

My generation has labored in the long shadows of the social and political entities that are, and we have never really found our mission statement. We don’t trust society as it is enough to join the conservatives, and find the pie-eyed superlative utopianism of the left to be laughable.

We are drawn-faced soldiers walking through the shattered towns of WWI France, wondering if the enemy is really the enemy, or if something more insidious has not taken hold from within and is driving us to kill ourselves…

At first we are hopeful for some simple answer. Oh, it was the Jews! Well, that makes sense, kind of. Good enough. Or maybe the Masons. Perhaps the Christians. The occultists? No, it was the bankers. The (expletive) bankers! Well, of course. Sort of. None of them sit really well.

Nor does it sit well, ultimately, to blame the mechanisms of society. Capitalism is an extension of the natural human tendency toward commerce. Commerce itself is a useful way of spreading better ideas; it’s what sexual reproduction is to combat in nature. It’s as natural as flatulence, although like that other it is best kept controlled by some greater wisdom or leadership.

Even at some point turning our anger toward the (assuredly empty) sky and screaming invective at a dead god is pointless because our most significant rage is that he isn’t there. We are furious that a moral force has not intervened and made sense of this mess. Any sensible god would peer downward, give us the finger, and tell us to fix our own mess.

And that ultimately is where my generation rests, broken-hearted. The past ran out on us, but was still better than the future which we see like a tunnel which forever grows tighter, until there truly is no room to breathe. The progressives are delusional and delusion always begets bad consequences. They have taken us on a mad race to self-destruction.

This corruption of logic is so pervasive that it afflicts every movement we could hope to join. The greens are thinking about shopping for green products, and helping orphans in Haiti, not saving the environment. The Nazis are enjoying bashing Jews and Africans but are doing nothing for white (or German) culture. The Christians, while many are on a good path, are generally too busy forgetting the admonition to not let the left hand know when the right hand gives, to save this society from itself. All these surrogate pleasures lead away from what must be done.

If I could ask for anything, and I might as well as from Santa Claus because he’s about as likely to intervene as anyone else, it would be for a mission statement for my generation. We’re sandwiched between the 1968 nutcases and the brainwashed millennials, and we are the ones who now reach an age where we can Do Something. It is time. It has long been time. Every second that it has not been time has broken our hearts. Why not now?

I propose the following mission statement for Generation X and all others who may do my rhyme:

I am tired of living in a failed civilization.

This is a failed civilization. Not a failed state; that implies that if we just fix our politics, everything is OK. Our culture is wrecked. Our demographics are shot, both from a flood of people too foreign genetically to integrate into our culture without destroying them, and in our home-grown Idiocracy. Our values are blown and with them, our ability to learn. Every discipline is a false dogma.

In fact, this entire society appears to be a tacit and unintentional conspiracy to hide our decline and the types of thought that might reveal it. Academia, religious leaders, politicians, commercial messages and social fashions press against common sense so as to strangle it. Their goal is not to reveal the man behind the curtain.

209 years have passed since Ludwig van Beethoven wrote his Heiligenstadt Testament, in which he pledged to achieve his immortal goals despite the failings of his mortal body, humanity and perhaps society around him:

[A] little more and I would have put an end to my life – only art it was that withheld me; it seemed impossible to leave the world until I had produced all that I felt called upon me to produce, and so I endured this wretched existence — truly wretched, as an excitable body which a sudden change can throw from the best into the worst state. Patience — it is said that I must now choose my guide; I have done so.

I hope my determination will remain firm to endure until it please the inexorable destinies to break the thread [of my life], perhaps I shall get better, perhaps not, I am prepared…Divine One thou lookest into my inmost soul, thou knowest it, thou knowest that love of man and desire to do good live therein.

It is time for us to in turn make our own commitment. We age, and die; we are as individuals frail. Whether or not anything exists beyond the veil of death (and most people fervently hope there is not) we have been given this gift of life, and we have a choice to make something of it or to deny its promise. But nothing stings like promised denied, because as the years go past all we have are bitter remarks about what “could have been.”

If we are tired of failure, we should look to the ancients and our own knowledge of the logic of the cosmos to see where we should go:

There is much talk of late as to a “third way” in politics that combines left and right. This arises because our right-wingers are more left than right these days, and so there’s not much point choosing a side. However, we need to instead look to the ideals that constitute the sides. The right is about order; the left, about the individual. And yet who votes for the criminals, buys the destructive products, throws trash on the freeway and commits the many daily injustices that embitter us all? Individuals. Or at least, some individuals.

As the manifestation of our failure as a civilization darkens the horizon, we face the same hard choices we always have. Like all hard choices, the options get worse the longer we delay acting. Instead of viewing these as a burden, we should view them as an opportunity for creative problem-solving, and for ridding ourselves of failure at the same time we elect for something brighter.

I am tired of living in a failed civilization. It crushes everything good, and replaces it with falsely-constructed “Truths” that are pleasant lies which silly people want to believe. In the end, it defeats all of our hopes except the most basic. We can go on living this way, but we will never know joy.