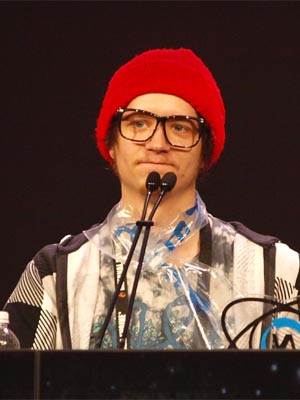 Our modern lives are ruled by published science. These notions of truth, in the form of “studies” or “papers,” consist of a series of experiments on a topic, followed by the construction of conclusions based upon that data, and then the rest of us rely on those notions and act as if they were true.

The problem with this is that science exists in two stages. The first stage involves finding statistical correlations. We know a lot of smokers die of lung cancer. The second involves finding the actual cause. Nicotine is a mutagen? Tar keeps it bonded to fast-growing lung cells? Fast-growing cells are the most likely to become cancerous? We connect the dots in that second stage.

This brings us to the problem presented by another word in the first sentence of this post. “Published” refers to scientific journals, and then a trickle-down through the specialized magazines to the mainstream newspapers, magazines, TV shows, blogs, tweets, etc. that we all experience.

In that mainstream part of the science process, there are two ugly forces at work. First, the consumers who prefer pleasant illusions to complex (not even unpleasant, just requiring some thought to see the good from the bad) truths. Second, there are the people who pander to them and make money by offering products that these people want to buy.

People want to purchase affirmations of their behavior and lifestyles. They will run off and buy books and magazines that tell them what they are doing is the right way to live, or simply an acceptable way. They will also run out and buy movies, clothing, novelty items, etc. related to this “lifestyle.”

No matter how screwed up your lifestyle, as soon as there are enough of you to buy products en masse, you will have defenders in commerce. They want to sell you these products, and so they will legitimize your lifestyle. They will even do it by commissioning “scientific” studies that tell you that you’re good and the other team is bad. Whoever that is.

[T]he research discredits the persistent stereotype that men think about sex every seven seconds, which would amount to more than 8,000 thoughts about sex in 16 waking hours. In the study, the median number of young men’s thought about sex stood at almost 19 times per day. Young women in the study reported a median of nearly 10 thoughts about sex per day.

As a group, the men also thought about food almost 18 times per day and sleep almost 11 times per day, compared to women’s median number of thoughts about eating and sleep, at nearly 15 times and about 8 1/2 times, respectively. – Medical Xpress

Who is surprised? We all grew up hearing that men thought about sex all day long, which was a convenient fiction that allowed our media to portray men as sex addicts and thus women as being in a defensive role against this onslaught. Women = victims, preached the media.

While that pithy lie gave women ammunition to use against men while arguing for feminism, it also had a bad effect on them. It taught them to see themselves as inevitable victims. So at some point, they stopped protesting. Whether that was casual sex with creepy guys in college, or even date rape by a colleague at work, or just feeling a sense of despair about life and ever having a mate, they went for it. We taught them to, with our trillions of dollars of media power, triggered by the need for some women to buy products that confirmed their lifestyle.

Science can be easily misinterpreted. That opens the door to manipulation.

Cigarette smoking has been shown to increase serum hemoglobin, increase total lung capacity and stimulate weight loss, factors that all contribute to enhanced performance in endurance sports. Despite this scientific evidence, the prevalence of smoking in elite athletes is actually many times lower than in the general population. The reasons for this are unclear; however, there has been little to no effort made on the part of national governing bodies to encourage smoking among athletes. – PLOS

This is from an article describing a scientific “review” published in a well-esteemed major journal. The point of the article was that by cherrypicking which aspects of a situation to analyze, and then presenting that analysis out of context, the exact opposite of a realistic outlook can be created.

For example, smoking decreases body weight and increases both lung capacity and blood hemoglobin, which are beneficial traits for a runner. Does this mean smoking is good for runners? No, because there are other ways of doing the above, and no, because smoking also has disadvantages.

Religion, science, government, etc. can be used to make lies out of the truth by looking selectively at the facts. Much of our modern world, especially the relentless con-artist propaganda assault against men, consists of such lies. It’s time we started calling them what they are and refusing to let them hide behind the veil of “science.”