Escaping the Cult of Reason 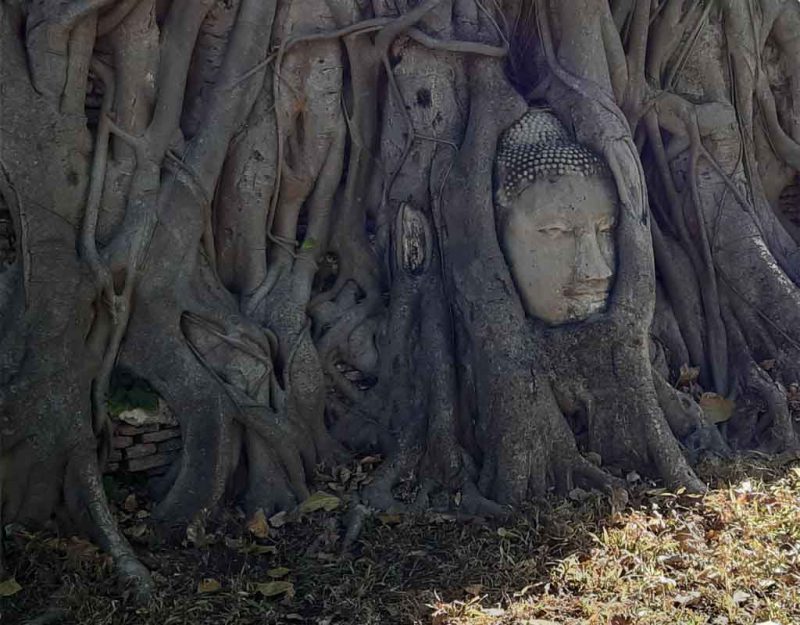 I tend to like applied reason. I also see the upside to Phillips Head Screwdrivers, Visual Basic, and a well-managed currency. The existence of two out of three isn’t bad. These things all have their upside when they are each employed in their appropriate context. Each of these things can fail miserably used outside of their specific niche. The Kult of Reason involves the use of only applied reason, to the complete exclusion of faith, intuition, or emotional intelligence to acquire knowledge and make important decisions. It is how applied reason can be subverted and fail miserably.

Applied reason helps you understand things better. Screwdrivers do exactly that to recalcitrant screws not flush to the particle board. Visual Basic lets you do impressive and inventive things with your standard Microsoft Office programs. If there were a well-managed national currency, it would be a store of value, a medium of exchange, and a unit of account for all monetary transactions. Pace King Solomon, all things have an appropriate time for their purpose under heaven.

Then we see what happens when things are used in a bass-ackwards manner. The national currency undergoes purposive seigniorage to help float the national debt, and the value of your savings account shrivels the way certain things do in reaction to an unexpected cold shower. The Visual Basic code gets overly elaborate and it takes 30 minutes to run one spreadsheet algorithm. The screwdriver doesn’t hammer nails well.

So how does sound ratiocination lead a reasonable practitioner down The Primrose Path to having their wallet handi-vacced by the skeptic community’s equivalent of the Nigerian Prince Email Scam? It happens the way it always works when otherwise smart people do unintelligent things. Hubris leads to blindness. If the coruscating hubris that blinds beneficent reason were to have a logo emblazoned on its banner it might read as follows: “P(A|B) = [P(A)*P(B|A)]/P(B), all the rest is commentary.”

The evil, math part of that motto is a common canonical representation of Bayes’ Theorem. It gets used both correctly and incorrectly for a variety of purposes both fair and foul. It perhaps deserves a morsel of commentary to ease the moil of the Numerophobic who thought this post had an implicit no-math guarantee since it wasn’t posted on a Wolfram Forum.

Bayes’ Theorem discusses conditional probability. Some event A has a likelihood of existing or occurring that equals a likelihood enumerable only between 0.0 and 1.0. Multiply that decimal value by 100 and we get the commonly quoted percentage that is enumerable only between 0.0% and 100.0%. Event B (something else that may or may not exist) could occur in synonymy with Event A. We now reach a point where Bayes’ Theorem could be of valid use.

If Event A and Event B have some sort of mathematical relation, then knowing about one tells us cool things about the other. Better yet, if that relation is both 1-to-1 and onto, we can then describe one event as a function of the other. Once we start convincing ourselves that A or B have strongly relational coincidence; if not full-on functional interdependence, than anyone interested in Event A should seriously care about Event B. Given a life or death concern about Event A, (to B or ~ to B)? That is the question.

All that the other numbers and symbols in the representation of Bayes’ Theorem help you do is take what you may or may not know about Event B and use this data to better comprehend or predict Event A. Bayes Theorem is a machine that helps you educate yourself so that at least your guesses concerning Event A are educated with a set of observations regarding Event B. It’s a useful tool if you are wise and humble enough to remember that your guess for P (A) is no more intelligent or well informed than you are.

The hardcore reason kultist will see every intellectual problem as Phillips-Head Screw A. For Probability Aficionados, Bayes’ Theorem is the screwdriver (sans vodka). Particle Board Slab B is where Screw A needs to be planted flush via some vigorously rational torque. Get the job done and the rest is just commentary over a beverage of choice. Until that just isn’t so.

Like Aristotle, we are blithely assuming that A = A. Sounds good. Tautological even. Just don’t make that innocent assumption when Alabama plays Auburn during The Iron Bowl. Plato would correct Aristotle that two fair-minded observers of A could even disagree as to which overrated SEC University it represents.

At best, we know A’ = A + E. Where E is some perceptional error. Our comprehension of Event B is similarly held captive to each of our unique and charming sets of imperfections as rational observers. So we may or may not know cool things about B’, which we mistake for Event B. Furthermore, B’ = B + e.

You don’t even need to pull that Bayes’ Theorem formula back out and plug in A’, B’ to get the gist. The details are not necessary, because the gist is sufficient. The actual Algebra would be just commentary.

Do that to yourself often enough, and you’ll inevitably start generating values for P(A’|B’) that are no longer adequately constrained between 0.0 and 1.0. You’ve thereby smoked the Prob Theory version of DMT. Buckle up, Dorothy. Kolmogorov’s Laws just went bye-bye.

This is a state worth mentioning because it represents the limits of rationality. A probability that takes on values less than 0.0 makes no sense. You’ll also never really give more than 100%. Not even that kid down the street who is an Eagle Scout will give more than 100%. It is not mathematically possible.

That which attempts to make probabilistic predictions which are mathematically impossible is no longer within the domain of reason. That doesn’t make said conjecture even impossible. Go ahead. Convince a Bible-Believing Christian that Jesus walked on water using a Boogie-Board. You can’t, but I’m not even finished delivering the Black Pill IV.

Not only are we incapable of adequately predicting probabilities well enough to preclude the mathematically or physically impossible, even if we could, people would stubbornly continue to not believe in them. They would not so endeavor out of pure, bull-headed stupidity. There is no monopoly on pure, canonical reason. We can so explain below.

In a universe where only B saves, we can start from the top here arguing P (~A|~B) = 1.0 without invoking any ridiculous semblance of unreason. This may not be undeniably true from the evidence offered, but it certainly doesn’t look out of the question. For even the cynical theological opportunist, there is a strong tendency to really start wanting to believe in Event B.

B may or may not occur assuming a rational duty to doubt. We can though argue from a Game Theory perspective that any belief system that we estimate would force P (~A ) < 1.0 is a quantifiably rational move. In fact, if P (~A|~B) > P (~A|B) then it would be a silly, silly thing to not believe B. Furthermore, unless P (~A|~B) < P (~A|B), then it really makes no sense to make fun of anyone who walks around with a no kidding belief in proposition B. At this point Militant Atheism no longer has any basis in logic and reason to a sincere Christian believer. Every thinker's logic starts from a somewhat qualitative perspective. My independent, non-denominational ministry takes cash, Pay-Pal, and TGIF Gift Cards. It mostly takes cash because that's between the ministry and God until the IRS figures out enough to make a non-divine intervention. But my logical point stands that the extreme Kult of Reason is no more logical or reasonable than believing in Cthulhu, or that Jesus fed the 5,000. Not all reason is unreasonable. I do work that sometimes uses Bayes' Theorem. It's not a bad thing for a STEMer to include in life's tool box. And I certainly don't want to name the poor guy who really said "P (A|B) = [P (A)*P (B|A)]/P (B), all the rest is commentary." If you know the backstory here, that poor guy has suffered some troubles lately. It's just that rationalism and reason eventually hit their limits. There are things you have to make The Kierkegaardian Leap on because they can't be figured out with the data on hand. In concluding, use reason to solve rational problems. Use faith to bridge the gap between the great unknowns. Some days you get across that gap. Other times, like poor Gandalf, the Balrog's whip coils around your knees and sucks you on down. Such is life. Reason won't help us understand that any better than I just explained it to you. If you are in the Kult of Reason, it will not logically serve you any better than would The Church of Scientology. Keep logic and reason in their proper perspective. Contra the Kult of Reason, they do not subtent all that is, was, or may in some future possibly be.