Diversity Is Standardization Not Variation 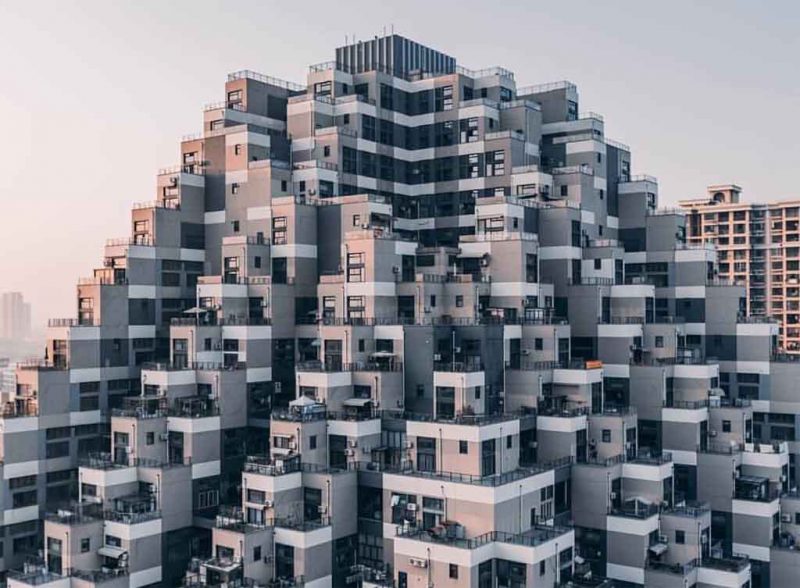 Humans struggle to feel in control of their lives. As the saying goes, your greatest strength is your greatest weakness, and for us our strong intelligent brains make us weak because those brains are subject to upheaval by new information. If that reveals that we are not in control, we feel weak and question everything that we think we know.

As a result, humans gravitate toward simple answers; as it turns out, the smarter the brain, the more it relies on simple models of the world to use as a starting point from which to understand everything else. In groups, humans depend on shared tokens and beliefs in order to be able to function.

We use the term “blockhead” to refer to rigid, simplistic thinking that favors “square” solutions, or those which divide every problem up into equal parts, put them on a grid, and draw broad categorical inferences from that. Blockheads cover everything in concrete, stick a price tag on each part, and then write lots of dogmatic rules to keep people in line.

Within every human lurks a blockhead waiting to come out. When we are tired, weakened, sad, or sick, we return to the need for a simple view of the world where everything is evenly divided, like a square grid, and therefore our brains do not have to stretch themselves to accommodate variations and inconsistencies.

This drives our desire for standardization. Our minds feel most in control when they preside over equal parts that can — because they are equal, or identical in outer traits — be treated the same way. We do not need to consider what they are, their context, or cause/effect logic… we simply see them as categories, and then treat them identically and succeed.

Modernity represents an increasing convergence toward standardization because it makes people feel powerful, and in dark utilitarian times like ours, whatever makes people feel powerful will be the product they buy, the candidate they vote for, or the “buzz” at the local bar or club. Standardization beats everything else in the popularity contest of utilitarian human social order.

People separate the world into things they like and then everything else that they do not like. When they decide that they like standardized order, they become militant about removing any exceptions to that form. Importantly, this operates on external traits like appearance, not internal traits like soul, spirit, or any other unique non-categorical attribute.

This means that diversity is standardization, not as the opposite of standardization as it is sold. When you adopt a diverse state, you deny the genetic differences between people — race, class, ethnicity, sex, caste, region, and family — so that you the individual can treat them all as identical fungible parts.

In this way diversity allows us to continue treating the world as uniform instead of varied. Diversity does away with the importance of race and other genetic differences, and instead makes people into identical units which differ only by their programming through ideology, socializing, and mass culture.

If our world were not standardized, we would see a field of endless human variation, and accept that this being genetic speaks more to who we are than the assumption that all of our traits are externally imposed, which denies any inner uniqueness to us and reduces all of our distinctions to being personality accessories and essentially products we use to adorn ourselves.

However, the ego — the mind of the individual that is constantly asserting control — demands that the world which confronts the individual be reduced to a grid, or a square arrangement of equal parts which can be manipulated by category (external traits) instead of having to look too deeply into what they actually are. For us to feel in control, people cannot be different.

Control arises from our lack of faith in the world to be good; oftentimes, religion is the source of that lack of faith, since in dualistic religions the workings of nature are seen as lesser to some divine, pure, and absolute+universal authority. Materialism also forms a lack of this faith through the denial of patterns and significance in favor of what is tangible.

When we seek control, the first thing we desire is to take all of that complexity in the world and smash it up, then re-shape it into tiny cubes that we can assert authority over or otherwise manipulate. Our desire to cover the world in concrete, kill off all predators, put safety warnings on everything, etc. are assertions of control just like our demands for “muh diversity.”

If not restrained, the human individual becomes voracious, and destroys its world not so that the physical world can be more manageable, but so that the mental state of the individual human is more manageable. This is the essence of control: to change methods and outcomes in order to alter thinking, an inversion of cause-to-effect logic which holds that our thoughts serve as causes and outcomes in reality of our actions are their effects. With control, our actions become the cause, and the target is our thinking, because if we control how we and others think, we can avoid any troubling knowledge, including that control and standardization do not actually work.

Future humans will be less controlling and far less tolerant. Instead of trying to force everything into an order that the mind finds comforting, they will take great joy in admitting that which they recognize as functional to their group, and equally great joy in sadistically destroying anything of lesser function. They will not control; they will treat everything instead as either ally or enemy.

This opposite to control embraces the variety of life. It realizes that there is no universal+absolute standard, which in turn means that we are all ranked in a qualitative hierarchy by our abilities and behavior, which are mostly genetic. That means that we must be active eugenicists, filtering out the bad and raising up the good, since by embracing variety we accept difference and therefore the need to surround us with that which is good, instead of trying to force everyone to be equally good or standardized.