Why Do Civilizations Die? 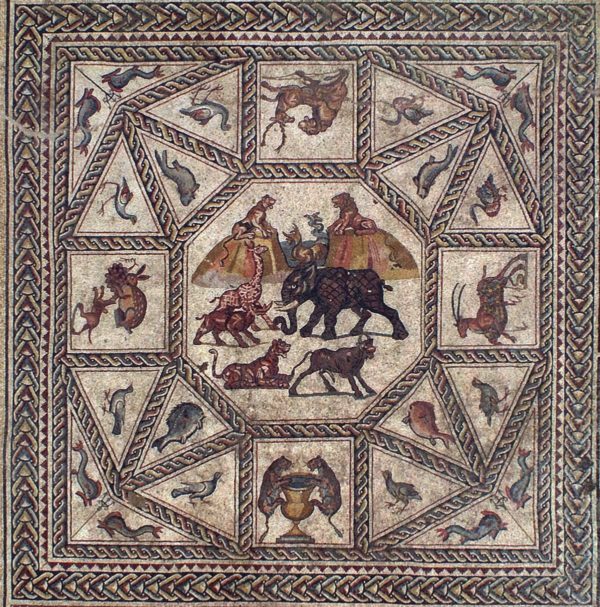 A specter haunts humanity: the knowledge that our best societies tend to implode after a relatively short time. It makes us wonder if thought itself betrays us, or if there is something dark inside of us that destroys all we hope for.

The actuality may be more prosaic. Civilizations tend to pursue the same goals, and over their lifespan, reach a point where they lack inherent purpose because their former purpose, having stable civilization, has been achieved.

At that point, errors arise. Specifically, the human tendency to collapse inward without a purpose gives rise to individualism, or the desire to reduce the risk of doing wrong by making wrong and right arbitrary categories determined by human intent alone. If you mean well, then whatever you did was acceptable, even if it turned out badly. This gives rise to ideology.

There must be a center to life. It is either found in purpose, which requires accepting reality as it is, or the self, which is formed of material reactions. Reliance on the self creates individualists who then bond together into groups through a form of collectivized individualism known as Crowdism.

This viewpoint is necessarily “dark” because it denies good, which requires purpose that acknowledges the need for balance and harmony with the order of nature, which is larger than human intent can encompass. Good requires interacting with reality and improving our lot in it according to the terms and structure of reality, and this offends the ego because it makes purpose, not the self, the focus of living.

Control is the method used to achieve the Crowdist agenda. Control occurs through “means over ends” thinking, which rejects ends because they create a goal that competes with the self. The darkness in humanity is the part of each of us that wants to be the most important thing in the world, replacing reality and the divine.

Our time derives its dark nature from this pursuit of Control, which creates neurosis by removing purpose and replacing it with methods that do not achieve their aims. In that shadowy and conflicted mental state, people become agents of destruction. This is how civilizations die.

On to today’s video…

Vikernes identifies the problem of civilization as civilization itself. He may be confusing civilization with empire or cities because he mentions the Roman and Greek empires, but not the civilizations of Western Europe that arose before and since. They were distinct from the larger empires in that they were mostly rural and did not attempt conquest and standardization.

What seems more likely is that cities and standardization bring with them the desire to protect people from the risk of being wrong. They insulate people against risk by putting them in jobs, instead of production/ownership roles, and by creating laws, guide the unwary sheep away from their natural dysfunction which might make others avoid them, creating the selection pressures necessary for evolution.

In short, cities are dysgenic, but the root cause of that is the desire toward administration and management of those who are not united by a common purpose. This shows a response to loss of shared purpose and the rise of individualism.

For a civilization, the most important goal — that which it survives on, above all else — is clarity. It must have a clear purpose. Its leadership must be singular and not divided by special interest groups with their fingers in the pie. Its standards, culture and values must be clear, so diversity is fatal. Any failures of these give individualism, always a lurking evil, the power to take over.

Succeeding civilizations on the other hand tend to give way to individualism because they are unwilling to state a purpose beyond the creation of the civilization, which makes the ego of the individual take precedent.

Alternative Right provides an alternate with an analysis of miscegenation and its popularity with dying societies:

High functioning White societies, like Canada, built by Europeans adapted to the harsh conditions of the last Ice Age develop overactive economies that then create degenerate societies that are unable to successfully reproduce. (Note: I use “degenerate” here in a strictly technical sense, to merely indicate a society unable to maintain a birthrate of 2.1 per woman among its core population).

Unable to reproduce, these societies, in order to maintain property values, customer and client base, and taxpayer numbers, then, with the connivance of the ruling class, suck in lower functioning populations attracted by the higher living standards they are unable to achieve in their own lands.

We must ask first whether the economies are overactive, or whether that is the result of people acting individualistically. When people have purpose, they are content with enough; when they do not, they seek more than they need as a form of symbol of their importance. Social order, including caste systems, keeps this in check, but when the wrong people are allowed to have wealth, society unravels.

Especially: why condemn children to the same misery that has the would-be parents feeling terrible about life? Living in a dying civilization has existential consequences, meaning that it disturbs the sense that life is good and has purpose. That feeling of well-being is replaced with uncertainty, anomie, isolation, and atomization. People become islands in themselves.

Control produces dark organization. It does so by removing the sense of shared purpose, and instead, trying to create unity through uniformity. Control regulates means and not ends, and assumes that by getting people to do the same things, it can influence them toward a goal. This works, at first, but then decays as despair spreads through the population.

We find ourselves in a decaying civilization now. While it is similar to Rome on the surface because of its quasi-imperial nature and highly organized system, at its core it resembles Athens, which went down the path of individualism over two millennia ago. See how much of this resembles our present day society.

…And then democracy comes into being after the poor have conquered their opponents, slaughtering some and banishing some, while to the remainder they give an equal share of freedom and power; and this is the form of government in which the magistrates are commonly elected by lot.

…This, then, seems likely to be the fairest of States, being an embroidered robe which is spangled with every sort of flower. And just as women and children think a variety of colours to be of all things most charming, so there are many men to whom this State, which is spangled with the manners and characters of mankind, will appear to be the fairest of States.

…See too, I said, the forgiving spirit of democracy, and the ‘don’t care’ about trifles, and the disregard which she shows of all the fine principles which we solemnly laid down at the foundation of the city –as when we said that, except in the case of some rarely gifted nature, there never will be a good man who has not from his childhood been used to play amid things of beauty and make of them a joy and a study –how grandly does she trample all these fine notions of ours under her feet, never giving a thought to the pursuits which make a statesman, and promoting to honour any one who professes to be the people’s friend.

…Neither does he receive or let pass into the fortress any true word of advice; if any one says to him that some pleasures are the satisfactions of good and noble desires, and others of evil desires, and that he ought to use and honour some and chastise and master the others –whenever this is repeated to him he shakes his head and says that they are all alike, and that one is as good as another.

…he lives from day to day indulging the appetite of the hour; and sometimes he is lapped in drink and strains of the flute; then he becomes a water-drinker, and tries to get thin; then he takes a turn at gymnastics; sometimes idling and neglecting everything, then once more living the life of a philosopher; often he-is busy with politics, and starts to his feet and says and does whatever comes into his head; and, if he is emulous of any one who is a warrior, off he is in that direction, or of men of business, once more in that. His life has neither law nor order; and this distracted existence he terms joy and bliss and freedom; and so he goes on.

…his life is motley and manifold and an epitome of the lives of many.

Civilization decline begins with the idea that we are not here together in collaboration, but for ourselves alone, and are entitled to whatever our intent desires without concern for the results of our actions. This lack of cooperation requires motivation to be enforced instead, and it is done so by the powers that be controlling who gets access to wealth. That in turn makes people selfish, cruel and vengeful.

The reason that the greatest civilizations die is that they go down this path of control. They standardize, make uniform and employ utilitarianism as a way to keep the herd under control, but the lack of direction to the herd leads to breakdown. Soon there is nothing but attention whoring, usually through political gift-giving and virtue signaling, and empty pursuit of personal desires which never satisfy.

For a civilization to avoid this path, it must retain a sense of purpose and a clear hierarchy and power structure. With a goal, we can assess every one of our actions as pushing us closer to that goal, or holding us back. Only the former are desired. This allows us to reject those who fail, and promote those who succeed, in the method of natural selection, but without using means-based control.

The West had this wisdom long ago. It is hubris for humankind to try to design a “perfect” society, such as the figurative Utopia of Plato’s republic, because perfection is the enemy of hierarchy and selecting our best of every generation, pushing down the rest. Nature once managed us through these methods, and when we discard them, in our arrogance we chase ruin.