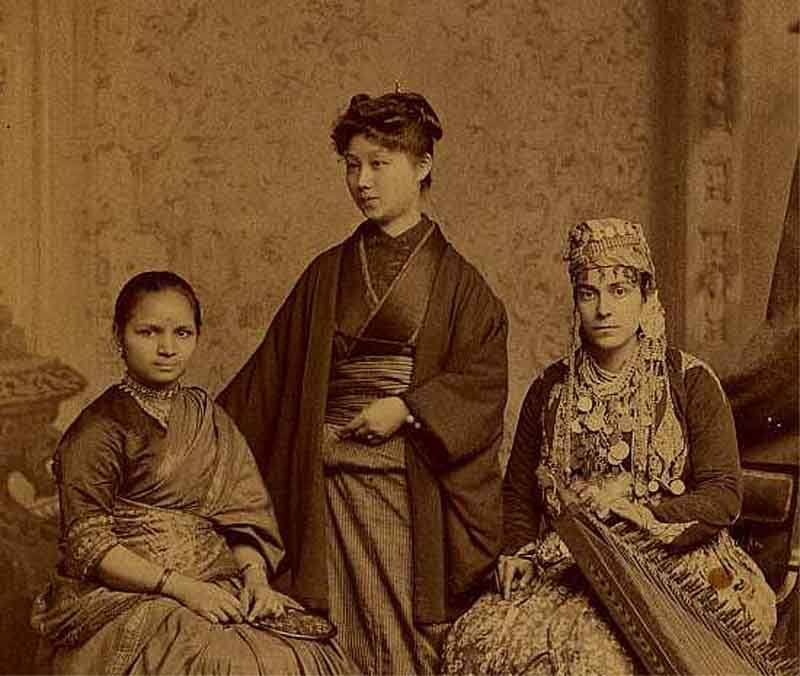 When diversity first came about, people — being prone to react to what they experienced, not how they could analyze its causes — focused on criticizing the groups that formed the diversity. They had some points, but they were off the mark in that the real problem is diversity itself.

Whether or not the invading groups are nice or mean, or nearly like us or barely like us, the point of diversity is that it breaks up the majority culture, forces a lowest common denominator standard, empowers government against its citizens, throws society into a loop of trying to “accommodate” those who hate it, and finally, genetically erases the founding population. Diversity is a death spiral.

Across Europe, people are finding that political promises are not reality. Politicians, knowing that the voters will reward them, always preach pacifism, helping the poor, and tolerance to others. These are socially popular ideas. However, people find out that in real life, politicians have little influence when a policy fails.

When nations decide to make themselves healthy, the first thing they do usually involves consolidating the actual group and excluding outsiders. In other words, they choose the people who can be part of the group, and want the others gone. This is not related to who those groups are, but the only way they can express it is racism.

Poland is experiencing this as it reacts to criticism over anti-Semitism coupled with its need to keep Poland Polish and exclude all who are not Polish. This is misread as anti-Semitism, when really the anti-Semitism — in this case, although perhaps not before — is a reaction to diversity, and is designed to drive all Other groups away:

Yet anxieties have been creeping in amid a global rise in xenophobia that was also felt in Poland.

A conservative party, Law and Justice, won power in Poland vowing to restore national greatness while also stressing an anti-Muslim, anti-migrant message. Jews â€” whose presence in Poland goes back centuries â€” were increasingly the targets of verbal hate on social media.

…The current wave of discrimination comes just weeks before the 50th anniversary of an anti-Semitic campaign orchestrated by Poland’s communist regime in March 1968. That campaign began with rhetoric eerily similar to the things being said today and ended up with 20,000 Jews forced to relinquish their possessions and their Polish citizenship and flee the country.

Consider the plight of an average Polish family. They live in a small town, and they know a Jewish family and a Muslim family. They like these people; as individuals, they think, these are good people. But the presence of Muslims and Jews as groups means a dilution of Polishness, which is bad, even if the individuals are good.

What a paradox! How to resolve this? The simple human mind opts for a compromise: they will continue to support their neighbors, but they will also support an increase in negative rhetoric about the groups involved. This is, in their view, a gentle way to tell non-Polish people that it is not personal, but it is time to leave!

This is part of a pincer strategy: they simultaneously reduce incentives to be in a place while raising costs. One way of raising costs is to integrate heavily around the national group and its practices, which makes other groups feel like outsiders, which sweetens the idea of emigration. From Hungary:

Hungary’s prime minister says that “Christianity is Europe’s last hope” and that politicians in Brussels, Berlin and Paris favoring migration have “opened the way to the decline of Christian culture and the advance of Islam.”

Viktor Orban said Sunday during his 20th annual state of the nation speech that his government will oppose efforts by the United Nations or the European Union to make migration acceptable to the world.

He conjured the image of a Western Europe overtaken by Muslims, saying that “born Germans are being forced back from most large German cities, as migrants always occupy big cities first.”

He combines a strong signal in favor of Christianity, a move which rejects other religions, alongside the idea of nativism, or support of those who are from the founding ethnic group. Then he ties this to rejection of migration itself which implies a rejection of immigration and thus, diversity.

When migrants thought they were going to foreign countries where they would be accepted, the risk and costs were low and the benefits high. Now that they know they will be surrounded by a potentially hostile population, the risk is higher and the benefits are lower in comparison, plus will likely be reduced directly in the future.

All this means that we are ending the immigration arc. This arc began when democratic governments, looking for ways to implement policy, decided to use immigration as a tool. They ignored the consequences beyond the immediate in doing so, sewing the seeds of future discontent as the effects were revealed:

Much of the real-life opposition derives from a deeply held belief in the evocative poetry at the base of the Statue of Liberty: â€œGive me your tired, your poor, your huddled masses yearning to breathe free.â€

But does this all-welcoming poetry align with our national interest?

It did when Emma Lazarus wrote it in 1883. National policy was Manifest Destiny, which aimed to expand the United States and to settle an unpopulated continent. Indeed, six years later, in 1889, we launched the Oklahoma land rush, offering up to 160 acres to anyone who staked a claim and committed to occupy and cultivate it. The nation needed all the citizens it could attract.

In Europe, the idea behind immigration was that taxes needed to be paid. Socialist policies — “and it’s all free!” type thinking — are perpetually popular with voters, who think that they will get something for nothing. These policies however have secondary effects and unintended consequences.

First, they flood the country with idiots who could not otherwise survive. Second, they ensure that bureaucracy and red tape have a stranglehold over the people. Then they make daily life into a process of dodging idiots who are protected by government. Finally, they encourage people to isolate themselves to avoid the failed society.

At that point, people stop reproducing. Politicians — the type of people who are good at school but cannot boil an egg — then look at the balance sheet and realize that they will not have enough people in the future to be taxed to death to pay for all those nice social programs. In their non-wisdom, they look for a new group.

European and American politicians sold immigration on the idea that it had no effects past the immediate. Immigrants will come in and take the dirty jobs, they said, and then pay taxes so that native inhabitants of the country can retire comfortable with their free pensions, healthcare, education, and insurance intact.

As it turns out, this does not work. Diversity does not work, so the problems of socialist programs are intensified. It turns out that the vast majority of the immigrants cannot do what the natives can. And the immigrants, realizing they are imported labor, refuse to work and therefore, pay net negative taxes because they still use all those free social benefits.

Over the years, every time politicians said, “Diversity is our strength!” people nodded, thinking that it meant they could retire and die without addressing the fundamental misery of their society and could enjoy the wealth it seemed to have in abundance. As if they had minds of their own, the immigrants resisted this.

In fact, immigrants resisted assimilation — which could not happen anyway, as it would require them to give up their identity and serve as a conquered people and low-paid near-slave labor — by instead clinging to their identities, giving rise to identity politics. In fact, they were only acting in self-interest.

When confronted with a majority population, minorities have two options: they can assimilate and serve against their own interests, or embrace their interests, which puts them in conflict with the majority. But look, the majority has tied its own hands with doctrines of human rights! From this comes constant ethnic conflict:

You are are rarity in the corner office in America and it is something that so many people want to see change. Not only are you a female CEO; youâ€™re a minority CEO. Where do you fall on who has to make the change and how it is going to happen so that there are more women like you represented in the top echelons of corporate America?

…Just today we met with a supplier, and the entire other side of the table was all Caucasian males. That was interesting. I decided not to talk about it directly with [the supplierâ€™s] folks in the room because there were actually no females, like, levels down. So Iâ€™m going to place a call to him.

Their interest lies in advancing their people and simultaneously crushing the majority. The majority interest lies in maintaining itself, which is harder for it because unlike minority groups, it does not have the question of identity thrust upon it. And so a low-grade, cold civil war results, and finally heats up as it did in 2016.

Diversity inevitably makes enemies of us all. In the beginning of its arc, when minority groups are small, they assimilate because they have no other options. As they gain power, the conflict expands, and eventually becomes explicit as it did in the statement by the Sam’s Club CEO above.

Poland and Hungary possess less innate wealth than the West, so they are most concerned with ending diversity because they have fewer options to subsidize it. The bloated and lazy West, drunk on human rights from its caste revolt against its natural leaders, keeps the money flowing for now so it does not have to abandon equality as a doctrine.

As with all things, however, time shows the truth of human actions. Diversity does not work because it cannot work; it is inherently paradoxical. If people are really equal, there is no need to do anything to make them have equal rights or social status; if people are not equal, then it makes no sense to choose those from the lower strata.

While right now this discontent musters itself as anti-Muslim and anti-Semitic comments, those are an attempt to achieve what must be done for our nations to survive: to declare that we are xenophobic, not racist, and simply want everyone else gone so that we can focus on fixing ourselves and restoring our civilizations.