Dissensus of the greens

We’ve mentioned the fragmentation of consent about as much favorably as unfavorably here at the blog, which depends on context. Having all the eggs in one basket, so to speak, is a way to point out that through total centralization of a thing, we have created potential catastrophic liability that could ruin the whole.

The system, especially if it is a globalist collectivist one, requires that the masses rely on it. It requires that people NEED the system in order to survive. If people no longer rely on the system for their survival, the system becomes useless, and fades away. This can be done on an individual basis, and requires no traditional and structured organization. 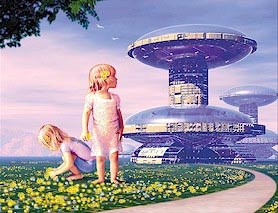 The splintering of a healthy composite does not always benefit each separated part. It also permanently eliminates everything significant about the intact composite.

Yet, departure of the healthy remainder from the spread of the sickly is probably for the best so that the entirety of the composite does not fall ill.

America itself, for better or worse, was born in the fire, tar, feathers, and blood of enterprising pioneer independence from aloof tyrants and their docile drones.

The point is to separate oneself from the diseased system and start a healthy one, one community at a time.

But for this post, we’ll take a short detour into the ongoing gentle separation from mainstream modern progressive society undertaken by the nature people. With but one exception, there is little politically charged or sensationalist to be found here. Instead, we’ll take a brief survey of some of the green independence groups involved and highlight their distinctions.

The beauty of Non-Participation is that it is a revolutionary act that only makes us less threatening in the eyes of the uninformed, which is not what the establishment wants.

Since industrialization, the perceptive and honest in our midst have gradually developed what amounts to the following revelation: the utilitarian and convenient is of higher value to degenerate modern man than life itself.

This often unarticulated, if morally taboo (to Enlightened Western minds) concept has helped encourage a type of separatist movement that differs from all the others in the past. These active nature people, our alternative separatists, presently fit into three broad categories:

Deep Ecology
Highly localized and detailed organizers, these people tend to think in terms of homestead to township scale for practical implementation. Backyard gardening and neighboring cooperative farmer’s markets are some of its cultural manifestations.

For them, technologies utilized are the minimum necessary to get the job done, which in some ways may translate into increased labor hours and sheer muscle power. Think pre-industrial to limited modern industrial applications.

The Greens are an applied understanding group. For best results, get to know the local ecology and climate in great detail, then take action from the perspective and needs of nature itself which may inconvenience, even bewilder those who are yet uninitiated.

Transition Technocracy
Fairly localized at the township to city scale, these people take an environmentally aware community design approach to civil engineering and public services. Seeking to reduce or eliminate our dependency on fossil fuels in particular, they will prefer a limited industrial approach to implementation whenever possible.

Essentially, the Yellows are an applied technologies movement, using detailed technical proficiency and increasingly, firm authority, to minimize our ecological footprint while seeking to maintain about the same yield for our standard of living. Accessibility and convenience to such transition for humans is about as important as sustained conservation.

Explicit Humanism
World scale organizers, a limited to maximum industrial implementation is within the goal set of the Reds. This often translates into using ecological alarmism like the man-caused global warming contention to implement a wealth transfer from the industrialized nations to the poorer nations in order to help all into an acceptable standard of living.

The Reds are an applied politics category, which is to say, the application of enforced regulations in order to achieve desired results. Overthrowing capitalism in favor of totalitarian utilitarianism or anarchy are openly declared aims for this group.

Typically, the only relationship or apparent interest the human social justice environmentalist bears toward the natural world is in the accusations levied against the capitalist system for its systematic destruction of species and ecosystems.

Hence, one of the most significant principles among the Reds is ending capitalism to take the extreme pressure off the environment if that appeals to you instead of or in addition to the social justice and world equality flavor of appeal.

Tags: overpopulation, The Revolt against the Modern World

Zero History by William Gibson (2010) | Criticism of Obama is Misplaced