What Antifa Have To Look Forward To In Prison 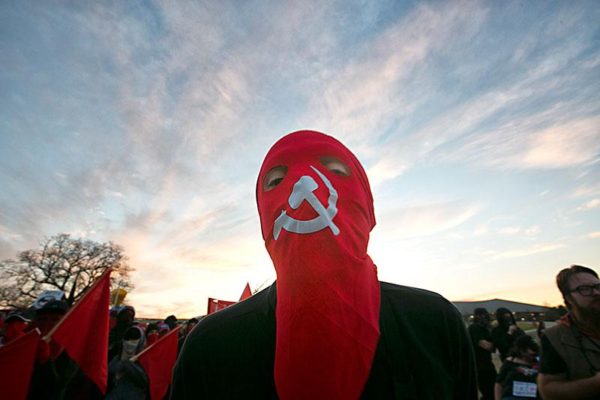 An extremely important message to violent male Antifa protesters: you will not have friends in prison. This is the horrific reality now confronting communist Antifa militant Eric Clanton (known to the internet as “bike-lock guy”) who was arrested on Wednesday for his cowardly acts of violence during Antifa protests.

Clanton was doxxed by a network of anonymous Alt-Right vigilantes who used the message boards of 4chan.com/pol to coordinate shared public photos and data to unmask his identity as a bay area college professor. Now after violently attacking Republicans that he falsely believed to be Nazis and racists, Eric will have the chance to fight real-life white supremacists when he is sent to a prison populated by the brutal Aryan Brotherhood gang.

Antifa face a rough life in prison. You’re likely to be a virgin living with your parents, you think you’re fighting for resistance from the system that turns out to be also funding your marches, you are physically outmatched in a fair fight, you’ll have to watch girls you like get beaten up, you’re funding pedophilia, and now you have a very high risk of being unmasked and sent to a prison full of the gang members from the same ideology you’ve publicly sworn to fight against.

It will not go well for Clanton, whose “punch -> run and hide” fighting style is not ideal for the prison courtyard. He will be a marked man by the white power guys and will learn the hard way that the minorities he thought he was fighting for don’t appreciate being overprotected by the skinny white privileged boys gentrifying/ruining their communities. The idea of Eric Clanton being grossly sexually defiled is a softcore fantasy compared to the hell that awaits him in the embrace of one of the most dangers prison gangs to ever exist.

To those thinking of joining Antifa or supporting its agenda of “no platforming” conservatives: heed my warning. As someone who’s had IP addresses banned from /pol for doxxing, I can promise you that we will find you. You cannot win a war against an invisible army, and you’re clearly not on the winning team here. You will lose, you will suffer, and you will end up like the brother above whose mask failed to protect him.