Control is a Devil’s Bargain 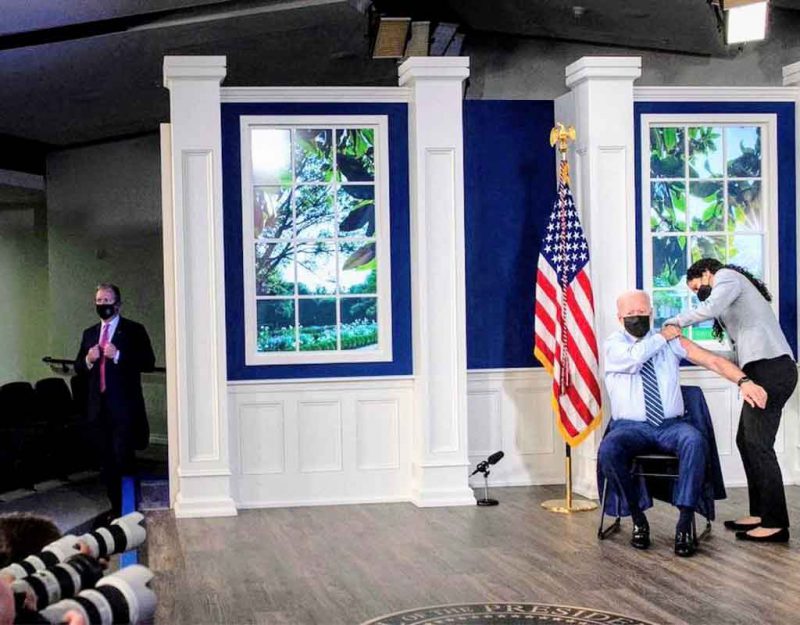 Our language in the vernacular tells us more than the official meanings. How often do you say “in theory” or “on paper” or “in a laboratory”? We unofficially recognize the difference between official truths and private realities.

And yet we insist on the official language: it ties us together, enables us to find common ground, and builds an edifice of bureaucracy from which we can enforce our will on others.

We formulate theory through a process of cherry-picking aspects of reality so that we can find something that we can test. You might ask, why not just test things in wider reality itself? This is more complex and provides few “absolute” answers.

Theory forms the basis of Control, or regulating the methods that others use in order to change their thinking. This reverses the natural method: change our thinking itself, then change methods as appropriate for each individual.

Many are now seeing that Control is a bad gambit. It seemed to work in the West after we dethroned the Kings and elected the herd to power, but our control has slipped, and now the insane dominate the news and attack those who do not validate their insanity as true.

Control arises from a form of rationalization, or instead of choosing what one needs, explaining to oneself that what one has is in fact what is needed. When people are powerless, self-pitying, or dysfunctional, they rationalize.

Rationalization requires scapegoats because, since one has not chosen what one needs, the false substitute that is chosen instead does not really work, and therefore a scapegoat must be found and blamed for the failure.

No one can identify the true cause of our problem because they insist on Control, which requires setting up a symbolic goal, a theory to rationalize it as good instead of second-best to realistic adaptation, and a scapegoat to explain the continued failure.

Mass movements like democracy depend on Control in order to keep society minimally organized, and use that Control to force people into using identical methods as a means of keeping their brains oriented toward Control.

For example, in our society, we rely heavily on the idea of the job, paying taxes, and having an “escape valve” as a lifestyle.

The job conditions people to bureaucratic methods and daily obedience; the taxes create a sunk cost so people will justify that decision and, in turn, justify their obedience to government; the “escape valve” — alcohol, sex, consumerism, entertainment, gambling — makes them feel they are living well, even if trivially.

People who live in this society fight over the best jobs, rigorously defend government because they have paid for it, and hide their private sins behind “hobbies” and “socializing,” despite those being mere cover stories for the escape valve behavior.

In turn, since they remain unsatisfied within and deeply conflicted, they need scapegoats, including blaming the group instead of recognizing the need to change their own behaviors:

Dr. Desmet’s observations over the past 18 months have led him to conclude that the overwhelming majority of the world’s population has indeed fallen under a kind of spell. It is not literally a spell, he stresses, but a ‘mass formation’, a term first used by Gustave Le Bon, the French philosopher who 126 years ago in The Psychology of Crowds, was the first thinker systematically to outline how herd psychology differs from that of the individual. Le Bon it was who observed that the consciousness bestowed by membership of a crowd can be transformative, possessing individual members with ‘a sort of collective mind which makes them feel, think and act in a manner quite differently from that in which each individual would feel, think and act were that person in a state of isolation.’ In such a ‘psychological crowd’, individual personality disappears, brain activity is replaced by reflex activity: a lowering of intelligence, provoking a complete transformation of sentiments, which collectively may manifest as better and worse than those of the crowd’s constituent members. A crowd may just as easily become heroic or criminal, but is generally disposed towards destruction.

‘The ascendancy of crowds,’ wrote Le Bon, ‘indicates the death throes of a civilisation.’ The upward climb to civilisation is an intellectual process driven by individuals; the descent is a herd in stampede. ‘Crowds are only useful for destruction.’

The “collective mind” refers to the lowest common denominator agreement of a Crowd: they want to believe in the symbolic ideology, they want to be protected from consequences, and they want someone else to pay for it and enforce it.

People possess this collective mindset before they join the Crowd; this is how a Crowd forms in the first place. People assemble into a gang, cult, clique, or social trend and use the power of their numbers to force others to agree with their symbolic belief system.

These symbolic belief systems arise out of our own self-pity; we desire power over nature, since it makes us unequal and mortal, and therefore we gain a sense of strength from choosing a theory that explains data in a way that is complimentary to us.

For example, when we look to explain the rising temperatures worldwide, we cook up a theory of “climate change” instead of the obvious, that our population has risen and our settlements have displaced jet streams and interrupted weather patterns.

Blaming a process that is under our control, like whether we drive electric cars, gives us a sense of power over nature, where accepting that our population and urbanization are to blame leaves us powerless, since we need to change from doing what we want — everyone wants a family, house, cars, job in the city, apparently — to doing what we do not, which is making hard choices about who gets those things.

When we choose a theory, we are choosing something that explains what we expect to be true, and this makes us feel our power over nature; this type of “progress” naturally extends to social “progress,” which makes it feel powerful because it removes the onus on the individual to adapt to its environment.

Individualism manifests in egalitarianism through this method: we want to believe that we have no need to change and adapt, therefore we must be perfect as we are as individuals, and that requires believing in equality, otherwise we would have to note differences between individuals, which imposes a duty to improve, change, and adapt on the individual who wants what he does not have.

This is the mentality of the modern humans. Like most Devil’s Bargains, it gives us what we want but has other initially unspecified consequences. We can use the Crowd as a tool to manipulate others, but then we in turn are bound to the Crowd.

Over the past couple of years, we have seen how this creates a type of ballistic response. The Crowd heads off in one direction, and since it cannot criticize its members in their choices, must cater to their choices based on the previous assumptions of the herd, starting with equality.

In this way, equality leads to class warfare and that leads to diversity, eventually getting to a point where society caters to exceptions who might otherwise be forced to change, like transgenders, ethnic minorities, and the obese.

We have repurposed our society toward defending the right of individuals to avoid adapting to reality, and this intensifies as time goes on, getting farther and farther from realistic or practical solutions.

The Devil laughs as this happens. We wanted power, so we ate of the Tree of Knowledge, and have received that power, but it has a cost, namely that we must tolerate the power and bad decisions of all other people.

In the aggregate, this makes for human decisions which increasingly deviate from what works and go toward what does not work, simply because embracing the insane, stupid, and pointless reinforces our idea that no individuals need to change and adapt.

As the Crowd rushes yet again toward the idea of Communism, we see the ultimate philosophy of no one needing to change. In the view of these people, society will provide them with what they need so they can keep being themselves, and they get it all for free.

In reality, triage kicks in quickly in such societies, and the first thing they do is to start killing off the people with unproductive behaviors. This is why most of them quickly dig big ditches and fill them with the bodies of intellectuals, sexual non-conformists, and those with health conditions.

Since the dawn of time, every human civilization has consumed itself with Crowdism in this way. At first, it succeeds, but eventually it starts working against itself, and then we hear demonic laughter as all goes sideways and collapses.