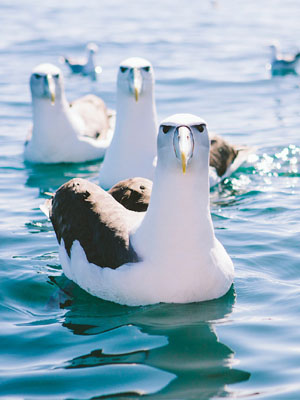 All of us who grew up in the West grew up under a mythos that liberty, capitalism and freedom were better than the regimented societies we saw in Soviet Russia, Nazi Germany and North Korea.

The problem with this myth is that it’s true. Having someone tell you what to do is a motivation killer, and capitalism clearly works better than communism. However, “true” is the most dangerous assessment, because it is not Boolean.

We tend to think of truth in its conversational terms. “Billy is fat,” someone says. “Well, that’s true,” we rejoin. “But he’s not as fat as Sandra.” Both are fat, to different degrees. In certain contexts, Billy may not even be fat (among sea lions, for example). But in order to use conversational logic, we must assert first that our mental notion of Billy has that little switch flipped that marks him as a fatty fat pants.

In the same way, the West’s mythos is true, but only partially, which makes it the most dangerous mythos: the truish kind. Liberty is great. Not having any obligation to do anything but please oneself is great. Capitalism makes better products than socialism. These are all unquestionably true.

However, there are troubling qualifications to these. For example, capitalism tends to make better products, which doesn’t always mean superior objects. A Big Mac is a superior product, but no one is going to argue it’s better quality food than what you can purchase for a few dollars more. Planned obsolescence makes better products, like the iPods whose batteries you cannot replace, giving them a guaranteed short lifespan.

One of the underlying notions of our Western mythos is that competition will save us from such conditions. It doesn’t, apparently, although our libertarian friends tirelessly remind us that incompetence creates opportunities. The rejoinder is that when most people are OK with a Big Mac, there is no opportunity to unseat McDonald’s; you can be a niche success, but that’s as big as you’ll get. Same with Coca-Cola, pop music, junk architecture, Fifty Shades of Grey, etc. They’re junk food but junk food exists because of an inherent weakness in the human design.

This is one troubling aspect of competition, which is that it rewards our tendency to the lowest common denominator. Junk food is crass and cheap, but it is also comforting. It never changes. It is easily consumed and has no “troubling” flavors like asparagus or a tuna steak. Sometimes, it is the best option, and it’s clearly superior to the empty breadlines of Russia.

Another troubling aspect of competition is that it causes conformity. To see how this is, we should look at the experience of two upper-half-of-middle-class Westerners, Jenna and Max.

Jenna is going abroad for her senior year in high school. She is doing this because everyone else in her group seems to be competing for this result, so it appears to be valuable. She reasons that if something better had come about, it would have predominated over this type of behavior.

Max runs a small business. He notes that 75% of his competitors use the same technique of making widgets. He realizes that if he uses a different technique, and results are not as expected, he’ll look like an idiot for not simply doing what the others are doing. So he follows along.

In each case, people are relying on “the wisdom of the crowd” to provide the best options because that wisdom arose through or is enforced by competition. However, this creates a form of calcification. In Jenna’s case, the task — finding a meaningful or instructive use of her senior year — is replaced by conformity. In Max’s case, his need for a workable solution is subsumed to his fear of not keeping up with others.

Perhaps for Jenna the senior-year excursion became a time-honored process by which she engaged in the same activities as others and came to the same conclusions, foreclosing hope and opportunity. Perhaps for Max the “method” involved is wasteful, causes pollution or produces a Big Mac instead of an actually flavorful, nutritious burger.

As with most things, “magic bullets” solutions don’t exist; it requires actual intervention by a thinking being to know when to use competition, and when to use other techniques. But in a democratic society, we fear that anyone might have this kind of power, as (competitively) it puts them ahead of us; thus by our free choice we doom ourselves to repetition.