Collateral damage of the Cold War 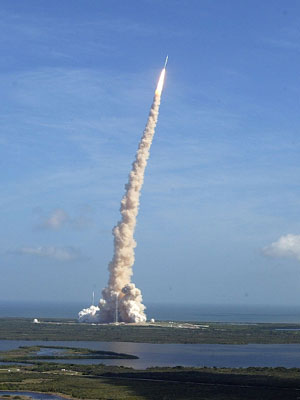 If you are old enough to have lived through The Cold War, you will remember, at least partially, the sheer terror it caused you to experience.

For sheer fright value, nothing else even came close. An invading army might shoot you, even from tanks or aircraft, but at least you might see them coming, and have some chance to flee, or hide. But thermonuclear annihilation, at any moment, night or day, with absolutely no warning whatsoever; well that was something else again. And the threat of this endured every minute of every day, for years.

Hollywood, as always, managed to cash in on all this, with movies like Damnation Alley, Doctor Strangelove, and Twilight’s Last Gleaming, providing the trembling entertainment consumer with even more ways to scare themselves silly.

Even if the blast didn’t instantly incinerate you, this lethal menace called radiation would ensure you died a slow and horrible death, and with nothing at all you could do about it. I still remember the state of mind this created in me. It is, to all purposes, indescribable.

People, being different from each other, dealt with this in different ways. For my part, I hurriedly researched where I might stand a slightly better chance of survival, than overcrowded, used-up England, and decided upon Canada, with its vast wildernesses that I assumed were teeming with fish and game. It was, in retrospect, a spectacularly poor choice, for a variety of reasons, but time was of the essence, and the reality of the decision would have to be dealt with when the need arose.

Thanks, Freddie Laker, for your spectacularly inexpensive Laker Airlines, that allowed even a down and out pauper like me to escape. The Empress Of Canada — a huge DC-10 — bore me over the ocean, over Greenland, and Labrador, to Toronto, where I immediately set about making myself scarce, and disappearing so thoroughly into the far west, that even I had no idea of where I was for almost two years.

The game, was almost non-existent, as were the fish. There was almost no vegetation to eat. In winter it was cold-beyond-cold, and in summer, the mosquitoes and black flies almost drove me to suicide.

And this is the type of extreme measures The Cold War could drive a man to. Scary! But there were others. Ones who did not go into Robinson Crusoe mode. What of them?

There were those like my present wife, who, although just as terrified as me, reacted to the terror completely differently. She was the bravest of the brave. She realized that nuclear war was beyond her ability to do anything about, and so decided to simply get on with her life, and hope for the best. Many were more or less like her. The down to earth, reality-based types, that today form the core of conservatism. Then, there were the others…

The others largely consisted of people so scared that they started behaving as if every moment could be their last, and this gave them license to indulge in behaviour that would have been unthinkable, before. No appetite was left unsated. No taboo too serious to break. Antisocial behaviour became the norm, along with as much drink, drugs, and sex as possible, in order to experience everything a human could, before the fast approaching end.

These people could probably have survived everything else they did, but the drugs was generally what did for them. With any notion of consequences cast to the winds, no drug, in any quantity, gave them any cause for caution. They did it all, as often as they could, and did it year after year, while they awaited almost certain death.

Really, what they did, was cave in so completely to fear, that they retreated into their own minds, to bask in drug-induced euphoria, which had only one drawback: it wasn’t a permanent state, and so more drugs were always the biggest concern. And more. And more.

None of this was their fault, really. They were made to live on a knife-edge, between life and death, with nothing to be done about it. Instant gratification, now, was their only goal.

But retreating into one’s own mind carries unexpected penalties. The mind is not reality. It is more like a laboratory, where anything can happen. And if whatever happens is too bad, well, just think other thoughts, and no harm is done.

The idea of Utopia was born, in the drug-addled brains of countless young people. And in the safe laboratory of the mind, there was absolutely nothing wrong with, or in the way of it. Only them stinkin’ capitalist pigs, man! Them fuckin’ fascists!

And so the mind became the new reality, for the young. Leading, of course, to the notion of there being many, many realities. And losing all sight of there actually only being the one. And this is why it is impossible to communicate with leftists, today. Because leftists are those alienated, terrified, shell-shocked Cold War casualties, along with their offspring, who spend all their days believing that what goes on inside their heads is reality, and having no connection at all with the actual reality that lives outside.

This is the nature of Collateral Damage. The unexpected results of something that never actually happened, but ruined countless lives, simply by the possibility of it happening.

Conservatives have often had the feeling that leftists were completely mad, upon discovering this incomprehensible inability to detect, or respond to reality, that leftists exhibit. How can one reason with someone who has no reality but a made-up, imaginary one, that exists only in the mind?

It’s a horrific realization, that this is so. Tragic to the power of ten. But when you consider it, how can it be otherwise? This is the ultimate casualty of fear. The life-stealer.

I rather pity leftists, now, along with feeling the residual irritation that accompanies the cowardly behaviour of all those remaining, stubbornly, inside the blastproof bomb shelters of their minds, long, long after the war is over. We need them to come out! The Western world can not survive, very much longer, while too few try to cover the needs of the many, who produce nothing, wreck what is, and yap only for change from some unspecified thing to another unspecified thing.

Leftists. Not essentially to blame for the mass retreat into their own minds, and forgetting all about reality. The damnable thing is: not only did they forget what they hid away from, or why, but that they completely forgot it might be rather important to ever come out again.