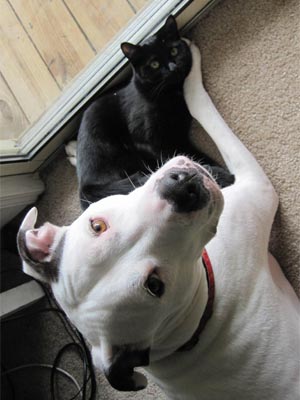 What kind of country do we want to live in?

You’ll probably laugh at that question. It’s so open-ended and seemingly unnecessarily that it’s worth laughing at. Go ahead; I’ll wait.

When you return, we can look at it as an entirely literal question. If the future was a choice starting from square zero, what would you pick? We know of several options:

These are the basics; there are no others, in the sense that any other form of government will if you pick it apart fit under one of these headings. These are your choices, and there’s no magic other option.

So from those, which one do you want? Or do you want to try to mix-and-match, like creating a totalitarian democracy or an aristocratic anarchy?

It’s probably time to think of this question now, because the US government and similar liberal democratic governments in Europe are hovering near the brink.

They’re failing because they can only make popular decisions, not hard ones. They spend way too much money, can’t stop bad things from happening, become corrupt from within and detach from reality.

They’re like high-stakes poker games: once you get in, you gamble. All you have to do is keeping looking like you know what you’re doing, and borrowing money. Tomorrow never comes:

The government is nearing its borrowing limit of $14.3 trillion and risks going into a crippling default. Seizing on public frustration about spending, House Republicans say they won’t lift the debt cap without more cuts.

Obama told the AP without doubt: “We will raise the debt limit. We always have. We will do it again.”

He warned that anything less would undermine the solvency of the government, roil financial markets and potentially “plunge the world economy back into a recession.” Yet when pressed on how the stalemate with House Speaker John Boehner would end, Obama said: “I think he’s absolutely right that it’s not going to happen without some spending cuts.” – AP

They keep borrowing money, with no intent of paying it back. When do we fix this? Not today. Other than that, we don’t know.

As a result, our society resembles an open-air bazaar. Government watches mutely as things are bought and sold. We stop making anything important, because we’re too busy selling stuff to each other. The people we think are geniuses are the ones who buy something old, put a bird on it, and resell it for a high markup. Genius!

When we say this country has no forward direction, we mean it has become inward looking. Political self-criticism has replaced making hard choices. Selling each other paper investments has replaced creation. Pleasing a huge consumer audience has replaced making universally useful products. Our leadership doesn’t exist. We have “government theatre,” which makes a big show of governing, but can’t get its budget under control.

And throughout it all, there’s a sense of laughter in the background. No one seems too worried by this; they’re all too busy gaming the system, and getting their share of the cash. They’ll use it to buy investments in other countries since it may soon be worthless.

In the meantime, they’re also doing anything they can to smash the one force that could oppose them: a true sense of consensus of values among the people they govern, which could cause those people to notice our country has no sense of any kind of values, only a kleptocracy and the “it’s all cool, man” ethos that enables it.

Thirteen years after Congress overhauled the American welfare system, 57 percent of immigrants with children â€” those in the country legally or not â€” use at least one government, welfare program according to a report released Tuesday by the Center for Immigration Studies.

In comparison, 39 percent of native-born Americans with children are signed up for welfare, the report found.

Without culture, anything goes; and it should be profitable, of course. That’s how you get an open-air bazaar replacing a formerly prosperous country. It’s a form of decay.

We’ve gone from being a productive nation to being a hand-out nation, where we attract people to do menial jobs that serve our own desire for convenience and comfort. Rich people should have maids; yet in the middle class suburbs, you see people who are far from rich who have decided they need maids, so long as we can drag someone across the Rio Grande, pay them next to nothing, keep them in squalid tenements and threaten them with deportation if they flake out.

That behavior in turn is part of our larger conversion, which is from a society that rewards the best, to a society that includes everyone at a mediocre level. Most of our citizens, rather than having 20% of our country live quite well, would want everyone to live nearer to the poverty line.

You either have some who rise above, or you make everyone “equal” by lowering them all to a mediocre level, since neither cash, nor wealth, nor intelligence and definitely not ability are infinite.

We’ve got a collapse coming:

In 1920, Argentina was one of the five richest countries on Earth. Then it followed policies similar to Obama’s â€” kowtowing to unions, government control of industry, price controls. It crashed, burned and never really recovered. – Investors Business Daily

The plan in the USA seems to be to transition to a third world status nation (Brazil, Russia, Mexico, Iraq, Thailand, California) where a tiny elite rule over an impoverished, clueless, dysfunctional, alienated majority.

In the USA, our elites will be our entertainers, government workers, and for some time, owners of consumer-pleasing industries from internet to re-financing.

While we flounder, and in our lack of direction fight over how to divide up the spoils, other countries are surging ahead by paying attention to science — and recognizing that, in defiance of liberal dogma, we are animals who succumb to Darwinism or other social engineering:

The only country to practice classical positive eugenics in the modern world has been Singapore, under the leadership of Lee Kuan Yew. Higher earners were given tax breaks for children and a government unit was set up to bring college graduates together in social settings like dances and cruises to encourage relationships and procreation. In three short years, the results were impressive. – Counter-Currents

This is the face of collapse. An ill and out-of-shape industrialized first world, having generated enough wealth to cause it to stop believing in a need to sustain itself, collapses in internal squabbles engendered by “liberals,” or those who want universal equal distribution of wealth.

Since distribution of wealth in an even manner causes entropy, or a lack of motion of money through the economy, and also subsidizes the clueless, dysfunctional, alcoholic, dumb and angry to breed just as much as the successful, the society swamps itself in inward-looking conflict and forgets to create a new future.

To the person out there on the street, it seems as if the revolutionaries have it right. They advocate peace, equality, freedom, justice, love and other good-sounding things. But these good-sounding things need to have a cause that generates them, and if we just demand the good-sounding thing without demanding the cause of it, we end up with an empty promise — and in its failure, we face worse demons.

As it ages and dies, those with less pretense surge ahead. They have no illusions about equality; they’ve succeeded, finally, by chucking aside ideologies of equality and replacing them with competition for relatively few positions of actual comfort. They are hungry to create, and to dominate.

In the meantime, the fattened citizens of the industrialized first world slumber on their couches, thinking they are worried about which show to pick to watch on television or which watch to buy, forgetting that outside of this weird human world we have made, nature marches on.

This is the face of collapse, and we are seeing it peek over the horizon now. While this is sad, seeing it in the flesh at least gives us an excuse to throw out all our fears as we look to find ways to fix this mess. I suggest we become like the hungry: get rid of our excess, find a do-or-die motivation, and in doing so, rediscover the ideals we actually share in common.

Smart Irrational Behaviour | Tax the rich so we can waste it