Tax the rich so we can waste it 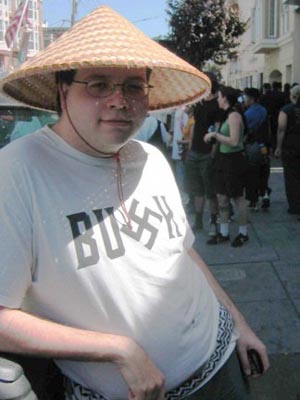 You probably figured out that most people aren’t equal early in your life.

Some kids played nice, even contributed something not just materially but emotionally; others took your stuff, scorned you or worse, were oblivious to everything but their own needs.

In fact, you’ll find that most of the kids who played nice became very discerning about their friends. Most people were OK, sure, but they tended to be selfish and oblivious, and so it was best to find more people who also played nice.

Kids who played nice tended to be those who could think the process through and realize that being selfish or oblivious was ultimately a failing strategy. They weren’t “born nice,” but chose nice as a more efficient way of living, much as we choose civilization over anarchy.

In my own experience, it was the smarter kids who played nice — because these smarter kids were focused on more than the petty and immediate. If the toy truck wasn’t available to play with because every other kid in the school wanted it, these kids found another toy and learned to like that. They could defer gratification and see creative solutions to problems.

The smart kids who played nice form a natural elite, no matter what level of society they occupy. But because they are both competent and empathic, they tend to succeed unless they specifically cast wealth away. As a result, statistically and demographically, the wealthier tend to be smarter, more competent and more disciplined.

We want more humans with those traits, don’t we?

Our differing attitudes toward government can be viewed by the following split of cause/effect logic, which is a way of viewing the world by noticing that each thing that exists has a clear cause or causes that are separate from all others.

It’s not there arbitrarily, which means these causes take repeated form, which enables us to formulate natural laws. For example, if you drop a ball it falls; the cause is gravity, the effect is the ball falling, and the natural law is whatever our theory of gravity is at the moment.

In the political split this creates:

If you pay attention to effects, you see these as the problems of our society:

You are concerned about the states in which people live, not the decisions they made to arrive there. You would like society to fix this inequality of condition, and problematic or “cruel” methods, so that we live in a “fair” society where everyone has about the same wealth and status.

If you pay attention to causes, you see these as the problems of our society:

You are concerned with the decisions people make about how to live, and how they ignored the predictable conclusions of such decisions. You are more concerned with causes and goals than the methods used to achieve them, since you assume that life will be perpetually “cruel” in some form or another. Your definition of a “fair” society is a place where you can climb by paying attention to causes, and making sure your actions correspond to the causes that make good results according to the values of that society.

If you’re from the first group, you might want to tax the rich as a means of evening out the supply of money:

Increased taxes on the rich could help balance the budget and could ease the pressure to slash billions from social spending.

Consider, for instance, the Fairness in Taxation Act introduced by Representative Jan Schakowsky, Democrat of Illinois, which would increase the top federal marginal income tax rate to 45 percent for married couples earning more than one million dollars a year and to 49 percent for billionaires, from the current rate of 35 percent.

Historically unprecedented? Hardly. The top marginal tax rate was 50 percent in the mid-1980s and even higher in the 1950s (as the chart shows).

Such a boost could raise an estimated $78 billion, more than the cuts that House Republicans were seeking in last weekâ€™s budget talks. – NYT

The problem here? To an effects-based thinker, nothing. The wealth is being redistributed and society will be more fair.

To a cause-based thinker? For starters, $78 billion won’t fix the problem. More importantly, you’re penalizing people for being more competent than others, which means you are subsidizing incompetence, and will get a society full of incompetents as a result.

What’s a society full of incompetents look like, and why is it important to not hand these people big chunks of money? They waste it.

They spend that money on end-user products, meaning that they kill its momentum and diffuse it into products which generate no further wealth. When you buy a tractor, more wealth will come of it; when you buy cars, groceries, consumer goods or luxury items, no such money is generated:

In the year since the Gulf oil spill, officials along the coast have gone on a spending spree with BP money, dropping tens of millions of dollars on gadgets, vehicles and gear – much of which had little to do with the cleanup, an Associated Press investigation shows.

The oil giant opened its checkbook while the crisis was still unfolding last spring and poured hundreds of millions of dollars into Gulf Coast communities with few strings attached.

In sleepy Ocean Springs, Miss., reserve police officers got Tasers. The sewer department in nearby Gulfport bought a $300,000 vacuum truck that never sucked up a drop of oil. Biloxi, Miss., bought a dozen SUVS. A parish president in Louisiana got herself a top-of-the-line iPad, her spokesman a $3,100 laptop. And a county in Florida spent $560,000 on rock concerts to promote its oil-free beaches.

In every case, communities said the new, more powerful equipment was needed to deal at least indirectly with the spill.

In many cases, though, the connection between the spill and the expenditures was remote, and lots of money wound up in cities and towns little touched by the goo that washed up on shore, the AP found in records requested from more than 150 communities and dozens of interviews. – Seattle Times

If you want to know why the Tea Party in the USA, and the New Right in Europe, are opposed to the “effects-based” society, this is it: you reward incompetence and strangle the economy, all while penalizing those who might be more competent than the masses.

Liberalism generates a mob of a society that pulls down anyone who rises above the lowest common denominator, so that all of us can feel confident and accepted in our mediocrity. It wants to stop evolution, reject Darwinism, and ignore the possibilities of our future.

Not surprisingly, such societies always fail; the tragedy is that in doing so they transform thriving countries, and leave behind ruins of a third world status in terms of kleptocracy, dysfunction, corruption, disorganization, bad hygiene and low competence.

We could avoid that here in the United States, and the first step is rejecting “easy answers” like taxing the rich, stopping all wars, redistributing income and buying Macintosh computers.

Collapse | You Don’t Care About the Gray Wolf