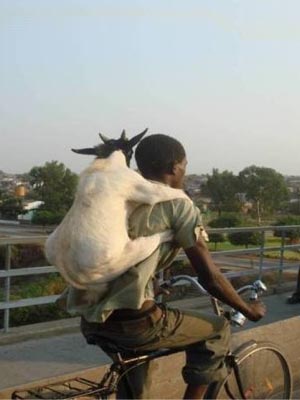 From my experience, it doesn’t matter; there will always be someone rising above on the backs of others. This is equal parts the ambition of that person and the incompetence of those they rise above. In fact, this can lead to positive results, in that the person on top is motivated and capable. We can’t always — or even most or much of the time — say that about the people below.

This means that for us to breathe fresh air, we must throw aside the tired and pointless victim/oppressor dichotomy. It worked in teen movies, but when you think about it, it didn’t really work. Geeks won symbolic victories, and the world went on. The popular kids got out of school and did just fine for themselves, ignoring their one great symbolic loss to the geeks.

Napoleon Dynamite now works as a publicist for a toilet bowl ring manufacturer in Dayton, OH. He’s still a hipster, but those have always been with us. What is clear from a distance is that he is not important, or even visionary; what happens when you get up close is that you get drawn into his personality, and start thinking, well maybe this is Somebody Important.

We can see that the path of popularity for popularity’s sake is a dead-end path. It would be more impressive to gain an audience who respect you for being accurate, and who can work with you to effect a change in the world. This requires you change causes, not effects.

What I mean by causes and effects is this: if your basement floods with water, you can take care of the effect easily by pumping out the water. But where did that water come from? You still have to find the cause, and if you don’t find it and fix it, expect future floods.

Modern people have good reason to be embittered. They are, in fact, victims. Their civilization is moribund and thanks to its globalism and technology, is going to take a lot down with it when it goes. Right now, it cannot stop itself, because too few people have any clue what is wrong and what needs to be stopped. They can try to fix the effects, but this is swatting at flies.

In other words, they are embittered at the wrong things. They are angry at the image, the effects… and have no idea of the cause. Here are their large concerns:

Out there in the world, there are many people trying to whip you into a crowd frenzy by making you embittered about the above issues. However, these issues are not problems; the health of our society is. Healthy leaders take care of their people, keep the economy stable, only fight important wars and avoid the propaganda of class warfare. Bad leaders use all of those to their own advantage.

Healthy societies result from healthy people. Healthy people — in mind, body and moral character — tend to pick healthy leaders. If those leaders are bad, they find a way to get rid of them without engaging full-scale chaotic revolutions that turn into murderfests. If you have healthy people, your society will make itself healthy.

In contrast, if you have unhealthy people — in mind, body and moral character — and they outnumber the healthy, they will screw everything up. They will pick demagogues instead of leaders, and those demagogues will then launch bad wars and tell the people propagandistic lies about class warfare. Everything becomes unhealthy when the unhealthy people are in charge.

It is well and good that people are embittered. They are however embittered at the wrong things. They are looking for convenient targets, like “banksters,” Masons, African-Americans, Christians, Jews, etc. What they need to do is pay attention to the health of the society.

In the end, as human beings, we control our destiny. Our only real enemy is our own stupidity. When we consent to unhealthy people being around us, they outnumber us and pick unhealthy leaders; from there, everything unravels. Be embittered, but be embittered at the right thing: stupidity.