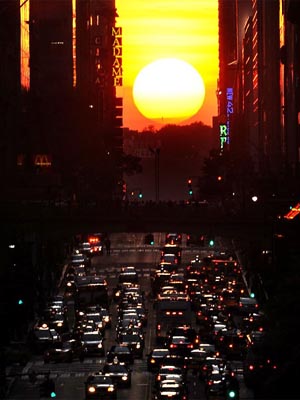 The sad truth is that you cannot subdivide the human problem. If you want to find The Enemy, you will end up like Hitler, murdering Jews while he should have been out-maneuvering the Russians.

If you pretend there is no enemy, you end up like John Lennon, shot to death by an obsessed fan.

For those of us who care more about results than how our efforts look to others, the only important issue is fixing the problem. We are not interested in whether we are victims or oppressors. The Zen master slaps you sharply: what do those have anything to do with your problem?

People will use your fears and concerns to try to make you embittered. They need to make you react emotionally instead of think clearly. They want you to become addicted to their message, which is what bloggers and 1980s teen movies have in common: you are the victim, join together and smash the bad guy.

Unfortunately, it’s an incoherent message. It blames effects, instead of causes, and by trying to make you fix those effects, launches you on a pointless and futile mission. No matter how many times you pump out the basement, until you find the source of the leak, you’re going to be wet.

People are looking for easy ways around the problems of society. And they are embittered for the wrong reasons.

Be embittered for these:

We are embittered because of these causes; the things we claim to be embittered about are equal parts effects of these causes and symbolic issues that we do not hope to solve. The best public issue has no solution: you cannot fail, and you’ll always have a job.

Our society makes a habit of not understanding the effects of causes. We call them “indirect effects” but they are nonetheless effects. We make up theories like “the butterfly effect” to imply that cause-effect logic is unfathomable (the butterfly flapping its wings correlates with the storm, and was simply an expected intermediate step).

In other words, we make ourselves both helpless and victims, so that we have an excuse to take no action, and a justification for doing whatever it is we want to do anyway.

This kind of situation only arises when we let the great unwashed decide for themselves (meaning: for whoever impresses them right before the moment of decision) what kind of government they want. The answer is that they want a fantasy: lots of free things, no accountability, and no future past the next pay-period.

In turn, they decide they are victims, which makes them afraid to take effective action. If you feel you are a victim, you assume you will be victimized if government, society or common sense get stronger. As a result, you sabotage them by directing them toward expensive but pointless endeavors, and demand more rights for yourself when those endeavors create social chaos.

The problem is that our society does not lead, but follows itself, because individuals want to be kings of their own tiny realms, and have society pander to their desires. They do not realize or care that by doing so, they create a society that sabotages itself.

If every person can say NO to any kind of collective standard, having a collective standard is impossible; this includes values, culture and ideals. That in turn means that society is both anarchic, or ruled by the whims of individuals, and totalitarian, or entirely composed of the rule of commerce and government.

All civilizations destroy themselves this way. After they are founded, they use less competent people as a source of labor, then as a source of wealth (consumers/taxation), and then become dependent on these masses of less competent people. That in turn leads to pitying these people, giving them political power, and then watching as their short-sighted, selfish, delusional and simple reasoning leads to social chaos.

That social chaos in turn requires a totalitarian response. Business is ready; it will force people into jobs, strap them into mortgages, sell products that then become mandatory because everyone uses them, and pass on costs like crime, violence and dysfunction through insurance and higher rates. Business becomes a predator when it is unleashed upon the stupid by those who should know better.

Government just does its job, which is to prevent bad headlines. That means more laws, more cops, and more intrusion. If they can prevent a bad headline, they win. Your problems are a secondary concern.

The masses are oblivious to everything but themselves during the time up until their next paycheck. They destroy a society by making stupidity the norm, and encouraging it in leadership, which makes such a mess that tyranny is required to fix it.

If you want to be embittered, instead of finding a blog awash in your personal drama, look toward these causes and consider how your time would be better spent. You can still be embittered, and feel the rush of righteous indignation at victimhood, but to be anything but a coward you need to direct that bitterness toward its actual source.

Neurotic parents turn kids into wimps | Collapsing from within