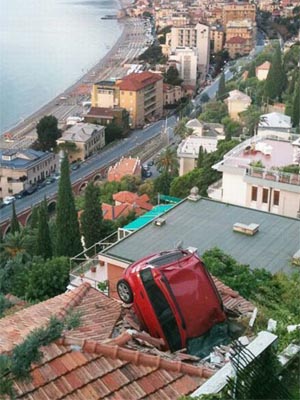 If you become concerned about how this society treats men, make sure you do not get enslaved to what you hate.

For example, the beta-advocate men’s rights activists (MRAs) tend to be mirror copies of feminists, just whining for men instead. No wonder they all end up dating feminist activists.

You can also make the mistake of showing your own instability by desiring power without purpose, which is what the entire PUA scene is about — power for the sake of power, over others, expressed through sex. It’s essentially legal rape, and it can lead to some bad psychology:

Narcissists’ language and demeanor is often geared toward one objective: to maintain power in an interaction. Psychologist Anita Vangelisti of the University of Texas at Austin found that tactics in the narcissists’ toolbox include bragging, refocusing the topic of conversation, making exaggerated hand movements, talking loudly, and showing disinterest by “glazing over” when others speak.

In the sexual realm, promiscuity is a key strategy that allows narcissists to maintain control. Think the “principle of least interest,” in which the partner with the least interest in a relationship has the greatest power. “I allow a woman to feel the gift of really wanting me whenever I feel she needs to feel that,” notes Mystery in The Pickup Artist: The New and Improved Art of Seduction. “Every three weeks or so I remind her that I continue to have options, and continue to choose her.”

Promiscuity is a key behavioral ingredient also, because narcissists are always searching for a better deal. Psychologists Joshua Foster at the University of South Alabama and W. Keith Campbell of the University of Georgia found that when narcissists think their partner is committed, they are even more willing to cheat, presumably because they feel that they are more likely to get away with it. And narcissists get a rush out of convincing partners to do things or engage in sexual acts that they would normally eschew.

Because control is so important to narcissists, they can abruptly lose their charm if destabilized or threatened. This two-faced behavior is often the first clue to their true character. They get angry when rejected, overreacting to small slights and punishing those who do not support their grandiose image of themselves. One study even found that when spurned, highly narcissistic individuals “punished” other research participants who had nothing to do with the rejection itself.- Psychology Today

The Psychology Today people aren’t quite going to get into the depth of what they have uncovered. For that I recommend Christopher Lasch’s excellent The Culture of Narcissism: American Life in an Age of Diminishing Expectations, in which he reveals the social consequences of narcissism.

However, looking at the above we can see something obvious: narcissists crave power because their own self-esteem is crap, so instead of finding reasons to like themselves, they’re surrounding themselves with symbols of success. It’s no different than Keeping Up With the Joneses, or buying a BMW to make your dick longer.

Underlying that is a more grotesque error. Narcissistic PUAs turn themselves into monsters by acting like rapists, but in doing so, they make themselves slaves in a fulfillment of the feminist vision. In feminist ideology, women use sex to dominate men and achieve not parity, but conquest (probably ending in a matriarchy 20 generations down the line).

In PUA lore, the goal is not to be enslaved to any particular woman. This requires dominating, manipulating and bedding a series of women; in short, being enslaved to female sexuality. The master requires the slave in order to be master, which means if the slave goes away, another is needed. No escape from this cycle.

Two types of people have beaten this game: Zen masters and happily-marrieds. Zen masters drop out entirely, and remove sex from their radar. They are not manipulated by manipulating others. Happily-marrieds find a cooperation that ensures both sex and meaningful companionship, giving up their license to promiscuity in the process.

However, to see that requires long-term thinking, which is too much for PUAs, who like men with low self-esteem since the dawn of time, figure that getting laid and deleting their Facebook accounts will magically cure everything in their lives and make them into True Men.

As with all golden idols, that one is born to make you serve.