Anatomy Of A Media Spin 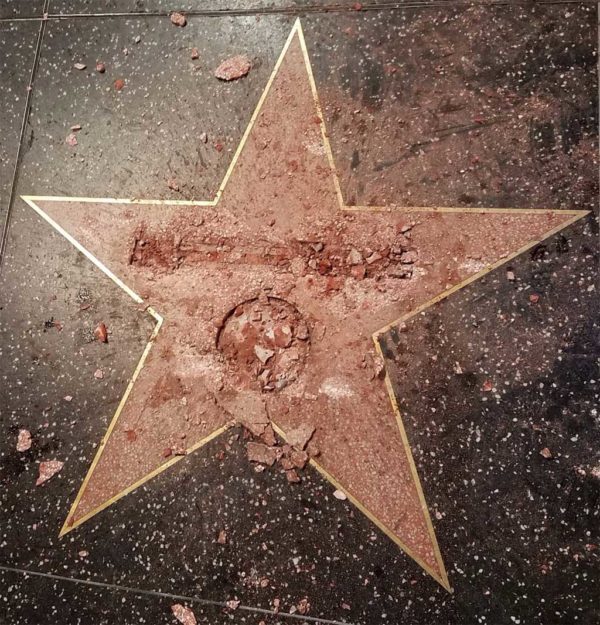 A wise man once said to me that all music was rhythm. Notes are different frequencies, and we require a rhythm to recognize a melody, often. But the real rhythm, he opined, was the effect of change in songs, like a contrast or landscape. If events occur in the right order, with the right timing, they have vast emotional effect, which is what listeners want.

Media shows the same kind of cleverness about timing. The time scale stretches between the time people become aware than an event has occurred and the onset of the memory hole, usually about two weeks (which corresponds to the length of time between paychecks, which is all the planning that most people can handle).

The rush to splash a story across the pages and screens begins as a mania to capture the narrative, or to provide a “spin” or “angle” on the story that explains it as being consistent with the values that media expresses. Those, naturally, are the ones that flatter the largest number of people and their pretense of being right despite being unimportant.

We can see the anatomy of a media spin in the case of ClÃ©ment MÃ©ric. The media rushed a story out explaining him as an innocent victim, which successfully “raised awareness” or as the rest of us call it, generated outrage. Then media sources deepened the story by adding more detail and human interest. At this point, the narrative was strong, and only after two weeks later was it debunked.

ClÃ©ment died on June 5, 2013. The only objective facts established were that MÃ©ric, a far-Left agitator, had clashed with one or more far-Right individuals, and had died shortly thereafter. Here is known neo-Communist mouthpiece The British Broadcasting Corporation writing three days later with the initial spin, which is that Right-wingers deliberately instigated violence when they attacked the innocent Antifa with weapons:

The French government is to take steps to break up a far-right group allegedly linked to the death of a left-wing activist.

…He was badly beaten in a clash between far-right and anti-fascist activists in Paris on Wednesday, and later died.

…”A friend of Clement Meric said he saw [the accused] with a knuckle-duster, while another witness at the scene referred to a ‘shiny object’ in his hands.”

Two sets of knuckle-dusters had been found at his home, the prosecutor added.

Here we have set up the narrative neatly: first, the far-Right group is considered guilty, because The Government — on the Left, they see Government as a holy relic — is breaking up that group. Next, there was a “clash,” which implies planned political activity. Finally, there is the weapon, proof of premeditation.

Then there is the usual enforcement of agenda:

The government has vowed to crackdown on fascist groups.

This comes at the end of the article, and we have gone from relatively neutral language (“far-Right”) to explicitly Leftist language (“racists,” “fascist,” “anti-Semites,” “homophobes”).

For the average person, this capture of the narrative translates to this: the usual agenda is working fine, there are just a few hateful little people who are obstructing our worker’s Utopia, so go back to work and go back to sleep, everything will be fine once they break up that far-Right group of homophobes. You support that, don’t you? Good. I knew we could count on you to do the right thing.

Eighteen days later, we got more detail, and the case became more nuanced, as it always does with the truth, which is simpler than the blocky mental categories that humans prefer because they are easier to understand.

First we get the recap:

…As originally reported, the skinheads left the sale, â€œfetched reinforcementsâ€ and waited outside for MÃ©ric and his friends to reappear. MÃ©ric died after he was hit at least once in the head.

Early reports suggested that the man who hit MÃ©ric, Esteban Morillo, had been wearing brass knuckles.

And then the debunking:

The killing of a teenage anti-fascist militant after an altercation with far-right skinheads in early June prompted fears of a resurgence of far-right violence. But the evidence suggests the leftists may have been the aggressors.

…But according to French broadcaster RTL, which has seen the footage taken by a nearby camera belonging to Parisâ€™s RATP public transport network, MÃ©ric and his group may well have been the ones to have struck first, confirming claims by far right groups that Morillo had been attacked, and not vice-versa.

According to RTL, it was MÃ©ric and his group who waited outside the sale, and it was he who threw the first punch.

Not only that, but the narrative is running in an entirely different direction:

But the investigating judge dismissed the suggestion that Morillo and his gang had purposefully targeted MÃ©ric, ruling that he should be investigated instead for manslaughter.

And according to weekly news magazine Le Point, investigators who confiscated computers from â€œAntifaâ€ militants associated with MÃ©ric found photos of Morillo and his girlfriend Katia, annotated with the comment: â€œWe need to identify these people.â€

But the narrative spin has already done its work:

In the aftermath of MÃ©ricâ€™s death, there was an outpouring of public sympathy for MÃ©ric amid fears of a resurgence of far-right militancy in France.

Leftists behave like insects, moving mechanically toward their objective constantly because they have no other existence than to consume. Unlike the Right, which is based on customs, the Left anchors itself in the idea of having a “better new way” of doing things and that this way is morally correct.

That in turn means that Leftists, who have seen the morally right way forward that everyone else denies, are not just smarter than the rest of us — in their view — but are good people because they have the right ideas. Never mind that ideology is a cop-out, since it is easier to agitate for “the right thing” in one area than to do it, every day, in every area of life.

This monomaniacal obsession allows them to turn any event into a platform for advancing their ideology. Where a Rightist might ask, “What actually happened?” the Leftist simply wonders, “How do I use this event to smash my enemies so that I can be more powerful?” Think of a swarm of locusts.

Four years later, most people will remember ClÃ©ment MÃ©ric as a martyr killed by evil far-Right skinheads because that is how the media reported it, then doubled-down and deepened the story, while the greater range of detail — hidden by complicit Leftists in media, government and any private firms involved — came out too late for people to remember the story and assimilate the detail.

Now let us look at a contemporary example of media narrative capture:

Three supporters of white supremacist Richard Spencer have been arrested for the attempted murder of protesters near a Thursday event in Gainesville, Florida, city police announced in a statement. Colton Fears, William Fears, and Tyler Tenbrink were apprehended at 9 p.m. Thursday; William Fears is 30 years old and the others are 28. All three are residents of Texas. From the Gainesville PD statement:

Shortly before 5:30pm, it was reported that a silver Jeep stopped to argue with a group of protesters and began threatening, offering Nazi salutes and shouting chants about Hitler to the group that was near the bus stop. During the altercation, Tenbrink produced a handgun while the Fears brothers encouraged him to shoot at the victims. Tenbrink fired a single shot at the group which thankfully missed the group and struck a nearby building.

That makes it sound like a group of Right-wingers, out looking for a fight, drove around until they found some protestors to argue with and then opened fire.

At least, this is the spin adopted by the City of Gainesville and the mass media, but the hints are already appearing that there is more to this case than the spin:

Individual arrest reports say that one of the protesters involved in the altercation struck the Jeep with a baton before the shot was fired.

Once we get to this level, we see the more likely truth: a group in a silver Jeep was accosted by protestors, verbally defended themselves, and when the crowd began hitting the car with metal poles, opened fire in defense of their property.

This comes on the heels of the death of Heather Heyer in Charlottesville, which her parents say was caused by a heart attack, not a car crash as the official narrative would have it.

But look how cagily the media reported it:

The authorities said Ms. Heyer, 32, was killed when a car driven by a man from Ohio plowed into the crowd.

Every shady salesman, corrupt lawyer or sleazy ex-boyfriend knows this trick: hide behind the literal meaning of words while clearly implying something else. She was killed “when” a car crashed, which implies causality, but actually, the word is being used literally to mean “at roughly the same time,” as in, “she was killed at 6:30 PM” and not “she was killed when he stabbed her.”

In all three cases, the spin is set up the same way: use implication, then deepen the story with generally irrelevant detail and “human interest” style reporting, and finally, fade away and never mention it again as it goes into the memory hole.