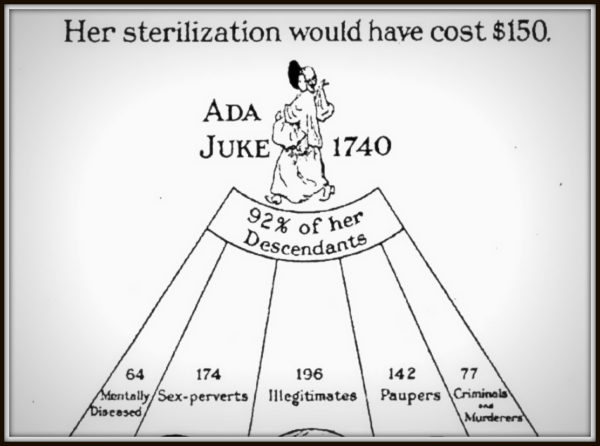 Civilization represents an agreement between people to give up some freedoms in exchange for the efficiencies of scale that organizations offer. At some point, this goes too far, and the method becomes the goal, at which point civilization is in decline.

Our civilization encountered its problems by succeeding, which exposed it to new troubles that no one had faced before. This also meant that there was no precedent by which to recognize these problems.

When the method became confused with the goal, our civilization mistook taking care of its citizens for the original goal, which was taking care of those who contributed. Soon people were accepted merely for being alive, and this created a majority of people without purpose who promptly took over and used civilization for their own ends.

Their triumph, a series of individualist ideas from the Renaissance through the Obama presidency, seemed unstoppable until it began to fail, and the way its backers pushed it further revealed that these ideas were never about what was good for civilization and thus for contributors. These ideas were the reign of the parasitic.

As those old ideas fall like so many dominoes, people are becoming more willing to wield the one weapon that civilization really has: the ability to exile or refuse to admit people who are not contributors. This recognizes the eternal truth that you get more of whatever you subsidize, and whatever you discriminate against, you get less of.

Our well-intentioned — and we all know the old proverb about the road to Hell — policies have created mini-industries where people are impoverished, disabled or otherwise dysfunctional as careers which span multiple generations:

They were the fourth generation in this family to receive federal disability checks, and the first to be declared no longer disabled and have them taken away. In days that had grown increasingly tense, as debts mounted and desperation grew to prove that the twins should be on disability, this was always the worst time, before the medication kicked in, when the mobile home was filled with the sounds of children fighting, dogs barking, adults yelling, television volume turned up.

…Talk of medications, of diagnoses, of monthly checks that never seem to cover every need â€” these are the constants in households like this one, composed of multiple generations of people living on disability. Little-studied and largely unreported, such families have become familiar in rural communities reshaped by a decades-long surge that swelled the nationâ€™s disability rolls by millions before declining slightly in 2015 as older beneficiaries aged into retirement benefits, according to interviews with social workers, lawyers, school officials, academics and rural residents.

…A separate Post examination of census data found that households reporting at least one disabled adult are three times as likely to report having a disabled child, too, although most households affected by disability report only one disabled member. Multigenerational disability, The Post found, is far more common in poor families.

When ideology takes over mass opinion, there is no way to say no to any program that promises to benefit individuals who are below whatever lowest common denominator we define as the equality minimum in any way. As a result, welfare policies proliferate, eventually reaching the point where we are subsidizing multiple generations to be ill and do nothing productive.

Hegel thought history zig-zagged between concepts and their opposites until it found an optimum; more realistic observers noted that history runs in cycles, where sanity is established and then rebelled against — sort of like the Garden of Eden mythos — and it takes centuries to get back toward sanity. The first step back toward sanity is abolishing equality.

This can be as simple as saying that not every individual needs saving, which affirms the need for Darwinian natural selection among human populations to cease the proliferation of deleterious mutations, instead of encouraging their proliferation by subsidizing those who are suffering. But the herd opposes this because it would require us to make society sane again, which would make the individual less important and social order, values and standards more important.

A great purge is coming. Tolerance, equality and diversity have compelled us to admit too many among us who are dysfunctional, and those who are functional (this includes an in-built tendency to value civilization and contribute to it) are splitting away from the rest. In their view, membership in society is limited to those who can contribute, and this implies further filters as well.

For example, only those who understand a culture will know how to contribute to it, and only those who are hardwired with the genetics of a culture will be able to instinctively uphold it. For that reason, in order for there to be a purge of the useless, first civilizations must revert to being mono-ethnic, and in recognition of that the Left holds obsessively to the concept of diversity.

We are slowly recognizing that tolerance of all means destruction of the productive, because tolerance requires subsidies and that takes money from the productive to give to those who are non-contributors. Where in the past we thought there was a middle, we forgot that there are merely degrees, and that over time, any direction tends toward its furthest extreme.

Equality became a mental virus that took over our souls in pursuit of its extreme. Where we originally wanted merely to help people, and scapegoated hierarchy instead of recognizing that people are inherently unequal, we unleashed an omnivorous beast which soon consumed all other ideas and remade them in its image, resulting in a terminal spiral of guilt and victimhood fetishism that has destroyed our joy in life:

“What is it, honey?” I brush the bangs back from her face.

I start. Nothing in the parenting manuals has prepared me for that.

“All we’ve ever done is hurt people,” she continues. “I wish my skin was dark and that I had a culture.”

We cannot separate class warfare from diversity because they are one and the same, which is an expression of egalitarianism, itself a manifestation of our desires for individualism. Once we thought these things were survivable but now, we know they are not, and history is turning as a result.