Anatomy Of A Failed Bet 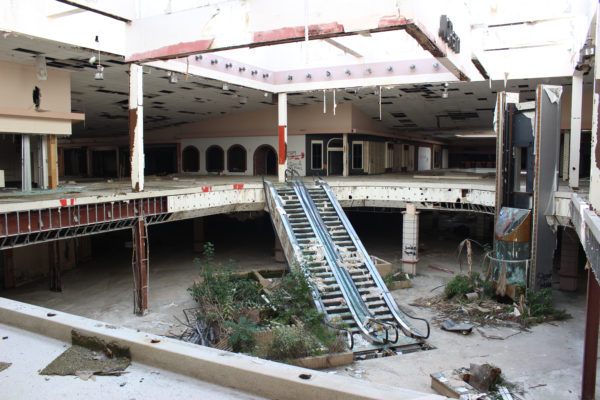 Democracy is run by desperate people. They know the basic idea of democracy, equality, is the opposite of truth. They are aware how poorly the system works. And so they cast desperate spells, weaving fond illusions for people to follow like the light of truth, hoping that these promises pan out or that they are out of office before they crash.

This was the case with the Clinton presidency. The dot-com boom seemed to be happening, so Clinton opened up the gates to make it easier to get loans, both through a “fast money” policy and relaxed regulation on lending. This was like a quarterback throwing the ball downfield: up, up into the air it went, traveling long with a lazy spin, and then it slammed to earth without being catch in the early 2000s.

Our most recent gamble, besides that the resurrected dot-com boom through social media would make us all wealthy geniuses, has been taking diversity from moral obligation to foundation of the market. Government imports an underclass to keep government powerful and destroy the majority which might otherwise oppose it, and then dumps welfare money on this underclass so they spend it on consumer goods.

Like Clinton’s economic policy, this allows Leftists to claim that “demand-side economics” are working because of the large number of people interested in owning US dollars, debt and loans. And like every Leftist policy, this one is a scam, designed for its controllers to reap the reward between when the plan is implemented and its crash, decades later.

Right now, we are seeing this gamble fail because the great diversity initiative has failed early, before when similar scams with our own people would have failed. The new citizens are not able to support growth like the old citizens, and so consumer spending is crashing like MH370:

â€œItâ€™s not Trump,â€ said one downcast store-owner recently. â€œItâ€™s not the economy. Something else is happening. People arenâ€™t spending.â€

This week, Credit Suisse downgraded the retail sector, saying the outlook had become bleaker than it had anticipated in large part because of events in Washington and through discussion of â€œwhether we think the risks of the border adjustment provision in the House corporate tax reform proposal are fully reflected in apparel and retailing stocksâ€. Other analysts have shown similar pessimism.

People are not spending because they do not have any trust. We have also created an underclass that spends on a few types of items but has no money for anything else. Millennials and those who follow them have been reduced to being permanent apartment-dwellers, and they buy nothing but cell phone plans and takeout food. The core of our consumer economy has self-destructed.

This is of course the result of the Clinton and Obama policies that took a brief holiday during the Bush II administration but then resumed their 1960s-era ideals: tax and spend, then use “social justice” to justify spending on the underclass, who will then buy iPhones and use Facebook and make us money, just like those Muslim immigrants in Europe were supposed to pay taxes to keep social welfare going.

Unfortunately for the Left, there is no way to keep a Leftist economy going. Demand-based economies create a huge permanent underclass with a few very rich people, and at that point, the level of taking is greater than the level of making, and they collapse just as ours has. In addition, apathy reigns because dependence on the State has made people into solipsistic little blobs as happened in the USSR.

Expect more of this collapse because of a factor of acceleration: the internet. People do not like paying exorbitant taxes, and they positively hate going to diverse and thus chaotic shopping malls, so they stay home and watch movies on demand on their 72″ televisions while ordering online. The malls are going away. So are the small stores. The future is Walmart, Amazon and Costco.

In the meantime, they are making more failed bets to keep you distracted. Automation is looming, so they promise a Universal Basic Income (UBI) so you keep going to your cube McJob. They talk about the “gig economy” and all the wealth that will come from future virtual gadgets. But deep down, no one is fooled except the credulous lower half of the middle class, who are easily baffled by “experts.”

No economy can run on this basis. Its death is not just certain but impending, and this is why lawmakers are trying to pass parasitic laws so they can capitalize on this system, use that money to buy something of actual value, and get out before the collapse. You little people are just doomed. But at least we will have died as we lived: democratic, diverse and socialistic.

The Real #Rapefugee Crisis (Yet Another Faction of The Deep State) | On The Alt Right, A Crisis Over True Believers