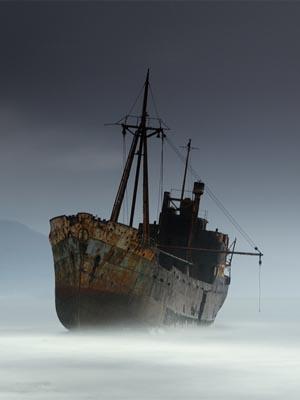 American wars since WWII have followed this pattern: find an enemy who competes with our superpower status, then discover some “reason” (justification) for declaring war on them, and then conquest following by a police action against a guerrilla army.

This was the pattern in Viet Nam and Korea, and now Iraq and Afghanistan follow it. We must construe our enemies as enemies of “freedom” and democracy so that we feel justified in smashing them utterly, and once we’ve done that, we try to fix the mess we’ve made.

In doing so, we start believing our own press releases, and actually bring “democracy” to these places. However, they are not ready for what we want from them, which is modern liberal democracy; they are too invested in their own politics. As a result, democracy becomes a method of brutality.

The Afghan president, Hamid Karzai, has said he would side with Pakistan in the event of war with the US, in a surprising political twist that is likely to disconcert his western allies.

“If there is war between Pakistan and America, we will stand by Pakistan,” Karzai said in a television interview, placing his hand on his heart and describing Pakistan as a “brother” country.

The offer was widely interpreted as a rhetorical flourish rather than a significant offer of defence co-operation. Despite recent tension between Pakistan and the US, open warfare is a remote possibility. – The Guardian

Not surprisingly, many of our former allies have turned on us. They know we are insincere, and a tottering empire which has corrupted itself by replacing its culture with commerce and a nanny state, made its people decadent, and lost sight of any goal except power and wealth for their own sake.

Our mideast policy fails when we expect these people to do anything but what they were doing before we intervened, which is make tribal warfare upon one another.

The US suffered a major diplomatic and military rebuff on Friday when Iraq finally rejected its pleas to maintain bases in the country beyond this year.

Barack Obama announced at a White House press conference that all American troops will leave Iraq by the end of December, a decision forced by the final collapse of lengthy talks between the US and the Iraqi government on the issue.

The Iraqi decision is a boost to Iran, which has close ties with many members of the Iraqi government and which had been battling against the establishment of permanent American bases. – The Guardian

However, it’s hard to blame these places: the problem is within our nation, not theirs.

We are the ones who can only motivate the voters to approve war when we construe our opponent as Hitler or a godless Satan.

We are the ones who are so unsure of our “right” to intervene, even if the results are better, that we later expend billions and thousands of lives trying to democratize the unruly.

We are the ones who are so neurotic in our own tentative approval of liberal democracy, since we’ve seen firsthand how it turned peaceful thriving 1950s America into a chaotic urban warzone, that we export it like a drug addict looking for others to share a needle.

And now, we are the ones to watch our fond notions collide with reality. In our heads, we are white knights bringing democracy and peace and love; in reality, we are another warlord intruding on their territory, and they want it back.

What follows is inevitably brutal.

A local military commander in the city of Misrata, where the forces which captured him took his body, said “over-enthusiastic” fighters took matters into their own hands when they came face to face with the man they despise.

“We wanted to keep him alive but the young guys, things went out of control,” he said speaking on condition of anonymity.

Few people in Libya — where thousands of people, including civilians, were killed by Gaddafi’s forces in the seven-month rebellion — say they are troubled by the manner of his death.

But if he was indeed killed by his captors, it will cast doubt on the promises by Libya’s new rulers to respect human rights and prevent reprisals. – Reuters

In the name of morality, we are the brutal killers without remorse. Do we expect people to believe our propaganda about being the moral alternative?

Of course not. Instead, they are getting back to business after the brief interruption of our silly moral crusade. Like church ladies dismayed that the homeless people we are “helping” turned around and sold those work tools to buy booze, we are projecting our own values onto others, and coming up short every time.

An Egyptian court has sentenced a Facebook user to three years’ prison for creating a page on the social networking site to publish opinions thought to be offensive to Islam and the Prophet Mohamed.

Judge Sherif Kamel, head of the Azbakiya Court of First Instance, said Ayman Youssef Mansour created the page â€œAl-Monadel Mardâ€ on Facebook and used it to express opinions that threaten national unity. Mansourâ€™s opinions were seen by the court as derogatory to Islam. – Almasry Alyoum

We have made a false world of ourselves from our comfy suburbs, the television advertisements that apparently we believe, and the political half-truths (“white lies”) we tell to each other to avoid being offensive and to make friends with everyone and anyone.

Our foreign policy in the mideast has failed not because the mideast is a horrible place, but because we went in with unrealistic expectations and never adjusted our fond mental image to match reality. Nature, being logical and consistent, simply served us up with the failure we deserve.