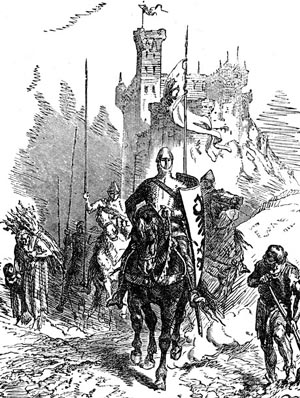 It’s hard to admit you’ve been conned. A con by nature is covert; it sneaks up on you. One minute you think you’re helping some guy collect his inheritance in Nigeria, and the next, you’re watching your retirement fund disappear.

Pulling a con requires the type of subtle military maneuver used in guerrilla campaigns. Do not attack the target; attack what supports it. Do not assault the fort; dig under it and let its own weight pull it down. In cons, you attack indirectly and let people’s fear or greed pull them in.

For example, you will see parents con their kids. In this case, a boy (let’s call him Conner) does not want to go to the library, and the discussion goes like this:

Dad: Want to go the library?

Dad: Well, want to do something fun instead?

Conner: Sure; what? (kids actually understand how to verbalize semicolons)

Dad: Fun means we go do something interesting, amirite?

Dad: And interesting means not what we normally do?

Dad: So if we went somewhere where they had lots of… stories… about things that aren’t what we normally do, what would it be?

Car pulls up to library.

Conner: Oh no, this is a Parent TrickTM.

The essence of a successful con is redefining the underlying terms, and then making them sound pleasant, so that your victim rushes to the con. The best cons make the victim seek the con time and again. (I might consider “daytime television” to be applicable here.)

Let’s look at a really successful con that works over and over again:

White Knight Syndrome
n. A personality characteristic found in most males that lead them to:

1. rush to the aid of any female they see who appears in any form of distress.
2. Become attracted to said damsel in distress.
3. Follow the dying code of chivalry and generally act like a nice guy.

The con is that your good intentions become a tool of passive aggression.

If a girl is mad at her boyfriend, she wants to shit test or just provoke him, which will force him to overreact and get all apologetic. She will then get him to a public place, and hassle him until he starts pushing back. At that point — watch for it — she’ll roll her eyes around the room looking for a white knight.

Sure enough, in comes white knight, and he demands that boyfriend stop. Boyfriend may try to explain, but he can’t back down, so the two of them slug it out. Girlfriend sits back and watches. She will never feel more powerful. She has two (2) penises fighting for her. She will go home with whichever wins.

(Naturally, these rules do not apply to real women, only the dumb turnip-picker slags and the mentally unhealthy, many of whom populate our universities although educating them does nothing but make capable insane out of raging vagina. Real women have no time for this kind of behavior and would think both men were idiots. Not neanderthals — real women don’t oppose fighting — but idiots for being in this d-bag of a situation.)

White knighting gets more men injured, pride broken, and possibly publicly humiliated than any other act in which men engage. In the background you can hear the sound of a woman who pulled off a good, solid con: tee hee. She’ll go tell it to her girlfriends and they’ll all have a laugh.

But where do we get the impulse to white knight?

Some of it is just inexperience. You want to do something nice, and you have no idea how stupid and brutal other people are, so you intervene. Later on you’ll become cynical and go to the opposite extreme, where if a girl is getting raped at the next table you won’t even notice.

In a masculine order, we care about having a sensible order. The people come secondarily because (duh) the order affects more than its immediate participants. Everyone will have to deal with the result. It’s less a question of person to person relations than finding a healthy order for everyone.

Liberal democracy doesn’t like that, because it affirms the law of the jungle, which is that some rise higher than others. From every aspect, having a hierarchy makes sense — except one. Socially, hierarchies are unpopular. If you want to appeal to a small group, you have have a hierarchy. But if you want a huge number of people to like you, you need to speak the gospel of equality and love.

Because it’s based in equality, liberal democracy has one single mode of thought: defend the weaker from the stronger, because that way, we’ll all be equal. In a liberal democracy, if you’re seen as defending the weak from the strong, people think you’re a Hero and may heap money on you. Think of Bono, Obama, Opraph and other fakers.

That dogma is what causes white knighting. In fact, if you think about it for a while, you’ll see that white knighting isn’t separate at all — it’s the dogma of being socially popular, specifically designed to ensnare men. If you see a weak woman and a strong man, you think: he’s probably oppressing her.

If there’s a solution to white knighting, it’s to stop raising our boys in a culture that encourages them to act like morons any time a woman complains. This probably means burning the television, any popular books from big publishers, and throwing out all your copies of To Kill a Mockingbird, but it might be worth it.