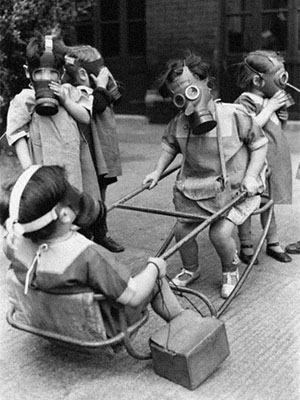 Back in the 1980s, before memes were memes, a popular meme circulated on mimeographed sheets called “All I Needed to Know I Learned in Kindergarten.” It later became a best-selling book.

It was a list of a dozen or more rules based on the teachings of kindergarten classrooms. The gist of these were that you should share, play fair, don’t hit people, and some Hallmark moments. The point of the meme was that people had forgotten how to behave toward one another and the solution was, essentially, “sharing” and avoiding conflict.

The meme caught on for two reasons. First, our society had become horribly crass and financially-motivated, which had obliterated culture and replaced it with a kind of universal productization and emptiness. Second, people generally melt for simplistic answers to complex problems, and the “just treat everyone nicely” meme was picked up by the assorted discontented as well as by suburban moms who just “meant well.”

The list belonged uniquely to kindergarten because it comprised a series of techniques for learning to get along with people. It oozed with well-meaning and social helpfulness. Its proponents would like you to believe that these simple answers would save the world, and they’re ignored because we’re selfish.

The truth is simpler: “getting along” has very negative consequences.

Kindergarten teachers instill in us bad knowledge because it makes their job easier and makes them look better. If a parent — and the distracted, casual, but panicked demands of parents are the bane of education — looks into a classroom and sees a mass of kids fighting or tossing each other around, they’ll freak out and complain. But if they look in and see kids in perfect harmony, sharing and caring and all that, they think they’re getting the most of their education dollar.

As a result, these teachers have a vested interest in having everyone “get along.” Even more, it makes their jobs easier. Why try to get to the bottom of disputes and squabbles when you can just demand they go away? Why pay attention to who started the fight, when you can merely punish the kid who hit back? That way, he’ll think twice, and order will resume and you’ll look good, get favorable treatment from administrators and parents, etc.

Authoritarianism begins in kindergarten, but it’s a kind of “individualistic authoritarianism,” where the goal is to keep each person happy and safe and comfortable so that the system as a whole looks good to all individuals, and thus is not subject to criticism. More like Nurse Ratched than Josef Stalin, this system is based on the accountability of teachers. But it’s that same accountability that makes them act quickly to suppress things that look bad, instead of fixing the underlying problems.

The “get along” policy has a number of negative consequences.

The people who wrote “All I Really Needed to Know I Learned in Kindergarten” were probably right, but not in the way they intended. The kindergarten teacher policy of get along has sowed the roots of a destructive and pervasive mentality that is both against nature, and every bit as brain-numbingly conformist as that mental palsy which gripped the French Revolution and Bolsheviks as they guided their respective countries into irrelevance.