Movements in the forest 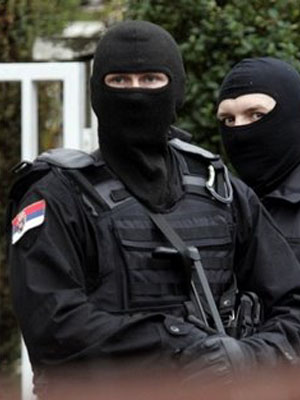 I started out sort of middle left. For a while, when I was too young to understand the implications of communism, I was sort of semi-leftist.

Come to think of it, that was quite a while ago.

Now, I am fairly hard right. Many people would say that I’m far right. Many of these people have only themselves to thank for that, to whatever extent it’s true. Every time I am told what to say, what to think, how to be correct, what guns I can buy, how I can view people who use systematic terrorism as a weapon, who I should vote for, how I should view tides of foreigners being welcomed into my country, how I should view the rapists, murderers, dealers and thugs lionized by the same media that tells me all this — every time I am admonished by latte-house liberal Salon writers — I go farther away from the latte house, to areas of town that aren’t quite so gaily painted. Where the discontent and rising rage are quite unlike the atmosphere of fern bars and remind me more and more of gasthauses in the Weimar. And beer halls.

There are many of these places. More than the latte leftists would ever believe.

Leftists are accomplished artists of self deception. They view the world through rose-colored glasses, seeing only what they want to see. Not only that, they’ve become very effective at manufacturing consensus with things like the Alinsky Method and the Delphi Technique. That’s a fancy way of saying that they shut up people who disagree with them.

See No Evil, Hear No Evil, Speak No Evil.

I understand that there was a thriving latte house culture in Belgrade. A hotbed of liberal ferment, while the USSR was beginning to fall apart. The latte house is a bubble, and the people who lived in the latte house were insulated. Isolated from what was going on.

Something profound that I began to understand only in the last few years, is that most– not all– of these people are not actually tolerant. They claim to be tolerant, and they preach tolerance, but when it comes time for them to tolerate views that differ from the views that they themselves hold, tolerance goes out the window and they begin shrilling like the aliens in Invasion of the Body Snatchers. Podscreams. These haters of labels begin throwing labels, generalizing those they demonize for generalizing others. Bigot. Racist. Fascist.

Often, they do not tolerate diversity of thought in the slightest respect. Even slight deviation from the party line of the Frankfurt School Marxists is to invite derision.

Nobody could possibly disagree with a leftist without being a racist, the second most evil thing possible.

For many people, this generalization isn’t true. In my case, it absolutely is. In the lights of the left I am a dyed in the wool racist.

Why? Because I am proud of western genetic heritage. They labeled me and I wore the label. I will view certain others with extreme contempt until such time as they are able to cease murdering and gang-raping in vast numbers completely disproportionate to their small percentage of the US population.

“These things are cultural,” the leftists cry, when they are not busily blaming the victims of the murders and gangrapes of the violent crimes that have been visited upon them with such gusto. I do agree, these things are at least partly cultural.

Sometimes the victims blame themselves: such is the extent of the brainwashing, the self-critique.

These things have come to such a pass that those who feel wounded or oppressed by my views on the all the robberies, murders and gangrapes will need to prove me wrong on a case by case basis, whereupon I will welcome them with open arms to the Human Race.

“But there’s no genetic difference,” comes the chanted refrain.

What If I told you that culture is the extended phenotype? That it flows forth from the genome the way the anthill, the beehive and the termite mound flow forth. That it is no more wonder that hominid habitations and societies are different than it is that the behavior and reproductive strategies of army ants and mud dauber wasps aren’t the same?

Enemies who are themselves lackeys, dhimmis and quislings — never courageous enough to be janissaries — of tinpot dictators in third-world desert police states and crumbling Stalinist nightmares. Useful idiots who incessantly bite the hand that feeds them, engaging in stated, overt cultural warfare against the very Western prosperity sphere, the civil society that gave them life and tolerates their drivel. The Western philosophical structure that they so crudely misinterpret and pervert.

I do not support the enemies of the West. I do not support those who would diminish and destroy Western nation states. I do not support the enemies of the white homelands in Britain and Scandinavia, people who would deny us the very lands our forefathers fought and died for. Not only selling these lands to immigrants from foreign climes, but paying the people to live there in state housing and on the dole at the financial expense of the indigenous peoples of Europe. I fail to see how taxation for this purpose is different from robbery at gunpoint. Because it is. It is robbery at gunpoint.

I do not support the fatally flawed founding precept of the left: equality without merit.

I do not support or respect third-world religions and cultures, holdovers from the Bronze Age that still practice widespread torture, abuse and rape of children, for whom oppression of women through physical violence and rape is just business as usual.

I do not support third-world cultures that arise because of third-world levels of behavior. You’re not equal; you’re behind. Want my support? Deserve it.

The leftists tell me that unless I support all of these things, I am wicked. Yet at the same time I must abase myself in shame before women. After all, they tell me, all men are rapists. They tell me that if I don’t believe as they do, if I don’t want to coddle those who are murdering and gangraping the leftists, if I like the idea of killing the Taliban who like beating liberal leftists to death with heavy wooden canes, I must be stupid, wrong-thinking, poorly educated.

These people are the victims of what’s known as an analytic pathology, a systemic cognitive slip leading to systemic errors in analysis. In their self-satisfied hubris, time and time again, they underestimate those who disagree with them. They don’t seem to learn from experience. All this has happened before.

For my part, I am done with the left. There are many like me. Our numbers are growing.

You know, intelligent, well-read, well-armed guys who are tired of being mocked and belittled and shrilled at by their intellectual, moral and almost always physical inferiors. Guys who are increasingly political.

There was a latte house culture in Belgrade. The people there sipped their drinks in cozy salons. They lived in their bubble like the eponymous immuno-depressed little boy, free from contamination from nasty things that were blowing on the wind. Not so far from the city, armored vehicles were moving in the forest, but the latte liberals were listening to soft music. When people disagreed with the leftist party line, they sneered down their educated noses. After all, they were morally superior. They were the ones who were reading Sartre and Steinem, forbidden fruitcakes that had been denied them by the Soviets. Sheltered hothouse flowers, they fancied themselves great worldly sophisticates.

It was a total surprise when Ratko arrived.