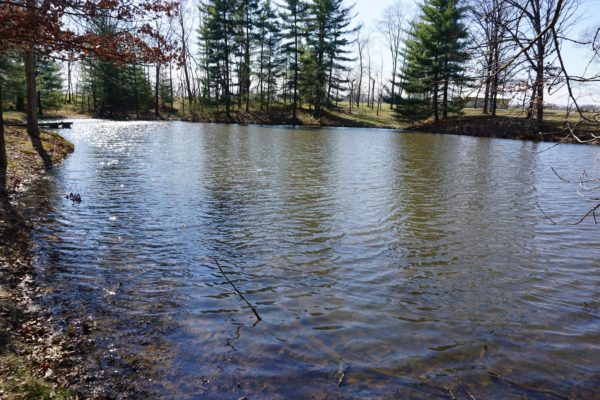 This is, however, driven by a cresting wave deep beneath the surface.

…â€œneoreaction,â€ or, in a distorted echo of Eliezer Yudkowskyâ€™s vision, the â€œDark Enlightenment.â€ It emerged from the same chaotic process that yielded the anarchic political collective Anonymous, a product of the hivemind generated by the cybernetic assemblages of social media. More than a school of thought, it resembles a meme.

Alternative Right: The Anti Civilization of the West: civilization is something positive. Statist imposition of values will not create a new civilization. It must happen organically. And, in order to do that, what do we need? Deregulation, decentralization.

Pat Buchanan: Will â€œRussiagateâ€ Backfire on the Left?: The Cathedral’s attempts at defending itself become more desperate as it feels itself sinking beneath the waves. Its demise is assured, so time for a coherent vision.

Date Jesus: Politics is Downstream of Biology: The spiritual rot of modernity makes it hard for us to aspire to anything greater, which is why reaching a positive vision of things is such a challenge for us. To construct something to aspire to, rather than merely tearing things down, we must fix ourselves first!

Bruce Charlton at Albion Awakening: It All Began With a Million Miracles: to distill the essence of the rising wave, we reach deep within ourselves. There’s a reason that the Islamic religion thinks of the â€œgreater Jihadâ€ as being within oneself. Once you win the war within, the war without follows as a matter of course.

Date Jesus: To Build a Synthetic Frenchman: â€œWestern civilization is a result of spirit, not something taught.â€ Indeed! The war within grants access to this spirit, and the rest follows as a matter of course.

Colin Liddell on Alternative Right: The Emotional Freedom of the Alt-Right: this has been linked to once on outliers, but it makes a deep, important point, which is that we have to remember the reasons for our reactions to propaganda and current events. We troll because we want to break ideas, not individuals. If you seek to win the greater Jihad within yourself, this is how to do it.

The National Policy Institute On AltRight.com: Beyond NATO: it is helpful to have short-term strategic goals. One of those is the dissolution of the toxic post-war order in favor of something that not only meets present challenges more effectively, but is more healthy and in line with the nature of our civilization.

The Rot Within and Without

We are accustomed to the adulteration of traditional ideas and the corrosive, subversive influence of anti-culture throughout Western intellectual life. The pace of this decay is quickening, but it’s a rot that will eat alive the institutions that subsidize it:

â€œCampus agitation for an identity-based curriculum is by now drearily familiar. But Harvardâ€™s recent mandate goes further, creating a new literary typology: On one side are the marginalized authors; on the other, authors who, by implication, may have benefited from â€œracism, patriarchy and heteronormativity.â€ Academia has already furnished unlettered students with excuses aplenty to ignore the greatest works of Western civilization. Now theyâ€™ve got another one.â€

Ruth King on Ruthfully Yours: Does Harvard Consider Oscar Wilde â€˜Marginalizedâ€™? A new requirement to study authors kept down by â€˜racism, patriarchy and heteronormativity.â€™: affirmative action damages any institution it touches. When that institution is education, it provides a gleam of hope, because the most ardent zealots of the Cathedral willingly make themselves stupid and vulnerable.

Unorthodoxy: California Fast-Tracks White Nationalism: we see the cultural Marxism of our present crop of institutions eating those institutions alive here as well. By insisting on draconian measures that punish majorities and high-achievers (e.g. people of Western European descent), those institutions invite people to game their systems, accelerating their decline.

Daria Andreeva quoted on AltRight.com: Feminism And Its Right-Wing Alternative: Feminism finds itself caught in internal contradictions as it struggles to deal with the conflict between xenophilia toward Islam, old-style feminist positions, and its own irrelevance following the dissolution of the sexual dichotomy. Again, the rot eats itself.

Wolfie James: 7 Reasons Why Alt-Right Men Are the Hottest: light-hearted, but still true. The drive to self-improvement and self-mastery that defines the rising Right at the present time makes us rather high-quality specimens, if I do say so myself! The rising tide has strength as part of its essence, and that is one reason for its self-reinforcing nature.

Shabbat Meditation: Immigration And Three Twitchy Jewish Nerves: while I don’t believe that â€œthe Jewsâ€ are the roots of all of our problems, this article still makes a strong point: the current immigration debates are making politically-incorrect topics, previously taboo, into compulsory discussion points. And this hooks into the broader theme of the Cathedral eating itself alive, with its policies and tactics running face-first into their own contradictions.

Jew Among You: Jewish man arrested over bomb threats [against Jewish centers]: Speaking of Jews, one of the good ones has given us a propaganda windfall. Whenever someone begins crying about the evil Neo-Nazis burning down black churches, we have only to say something like this: â€œWell, that could be true. Or, it could be a false flag. Here’s an example of a false flag.â€ And then point to something like this story. More importantly, though, this demonstrates another facet of the rot eating itself alive, in that, when tactics like these are ratcheted up to fever pitch time and time again, they lose their effectiveness.

Our attack on the mainstream has been working well, which is no surprise, given that the fall of the Cathedral is inevitable at this point. The only question remaining is, what will replace the Cathedral? Regardless, it helps to see some mainstream sources and look at what they’re saying.

Ann Coulter: ‘IMMIGRANT PRIVILEGE’ DRIVES CHILD RAPE EPIDEMIC: One of the best things that can happen for us is for formerly â€œrespectableâ€ conservatives to edge further to the right. Ann Coulter has always been on the edge of the mainstream, but this is a woman who has worked for mainstream news outlets airing talking points that used to be verboten anywhere outside of hard-right internet forums. Lead the charge, Ms. Coulter!

The Daily Beast: Why Glenn Beckâ€™s Media Empire Is Burning Down: Glenn Beck is losing his clout due to â€œflip flopping,â€ according to TDB. But we on the Right see something different: those who are trying to save themselves by cucking to the Left are going down in flames. Beck is an opportunist, and he miscalculated, thinking that the Left would snap back and take things back in hand as it has done for the past few centuries. Turning and turning in the widening gyreâ€¦

The New York Post: The trolling has only just begun!: As usual, the Cathedral can’t quiet figure out why blaring their message on television and â€œrespectableâ€ websites isn’t working anymore. So they blame â€œtrolls,â€ failing to understand that media, like everything else, is quickly decentralizing.

This Fictional President Hillary Clinton Twitter Account Will Get You Through The Next Four Years: This is more comedy than anything, but it showcases the fundamental Leftist tendency, which is to ignore realities you don’t like and construct alternative ones. Granted, they all know that they’re just playing pretend, but it does highlight a peculiar part of their psychology.

Not Politically-Correct: The N-Word
Razib Khan: 10 Things About Roman History You Should Know

Gates of Vienna: How Long Before the Dark Ages Return? (part 1)

Fausta’s Blog: Stephen Cohen on the Vast Russian Conspiracy: â€œThe premise . . . is that the American people are zombiesâ€

Relevant Heresies | What is Ideology?