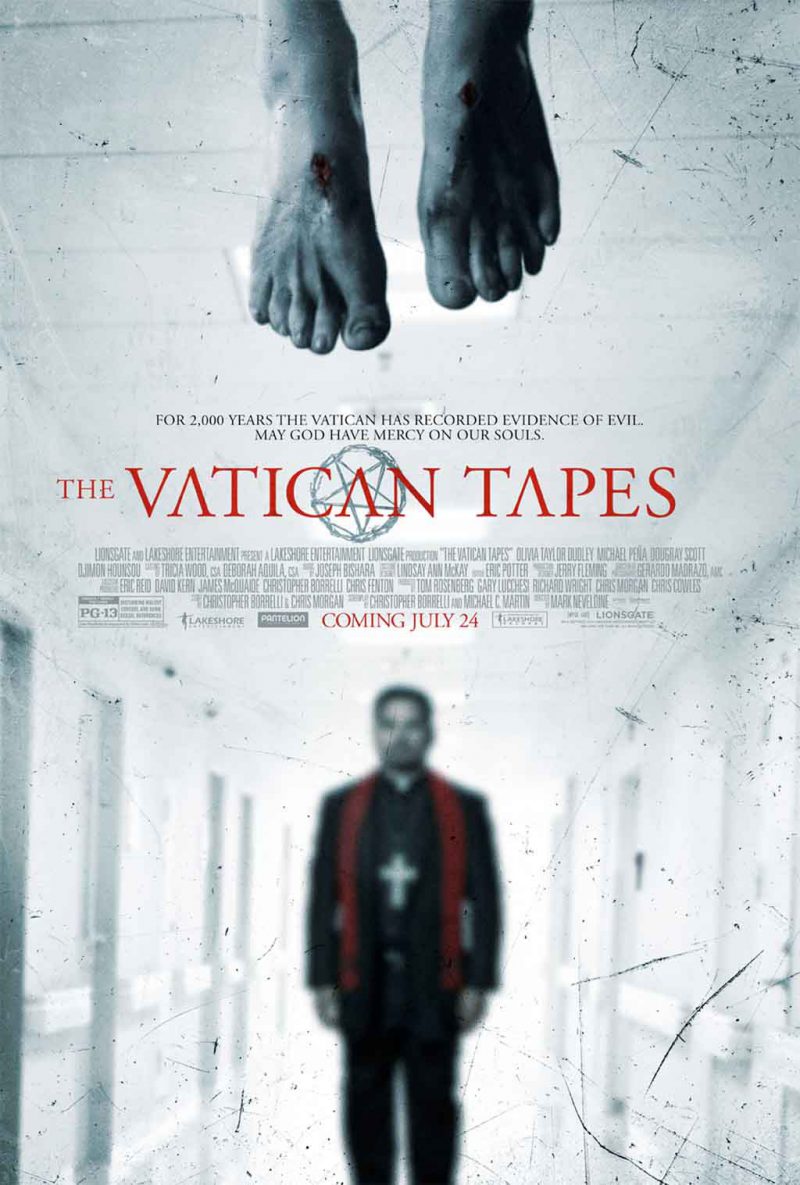 Coming from the mythologically-inspired series of movies like The Exorcist and Stigmata, The Vatican Tapes returns to the trope of demonic possession and the men who battle it with a less egalitarian view, peering into the reasons why some are possessed and some not.

Unfortunately it takes the form of the “Millennial” atmospheric movie, where it slowly builds up an ambience of backstory through the details and lets the shape of the plot emerge through those interactions, but here it is done right, with action and revelation driving each scene change and hints and implications taking the place of the usual conversation.

In fact, the movie shows a presence of mind in the absence of extensive talking. Instead, actions speak for themselves, aided by cinematography and editing that knows when to feature facial expressions interspersed with action to show realization.

Remarkably low in effects, all things considered, it builds up to a point where things must play out as they do, being both disturbing and utterly sensible in the world it has created, taking us along for a pleasant ride that wastes little time and shows a subtly grim sense of humor under it all.

This requires some suspension of disbelief long enough to buy into the mythology of a war between good and evil raging across the globe unseen by us normals, but that seems at least metaphorically accurate given how most people are oblivious to the struggle to keep humanity from offing itself on a daily basis.

Its varied palette of expressions and characters means that when evil appears, it does so seductively and nearly invisibly, portrayed with efficiency by a cast of talented actors. Even for skeptics of the mythology of evil, this movie tells us more about our ordinary lives than ancient religious lore.