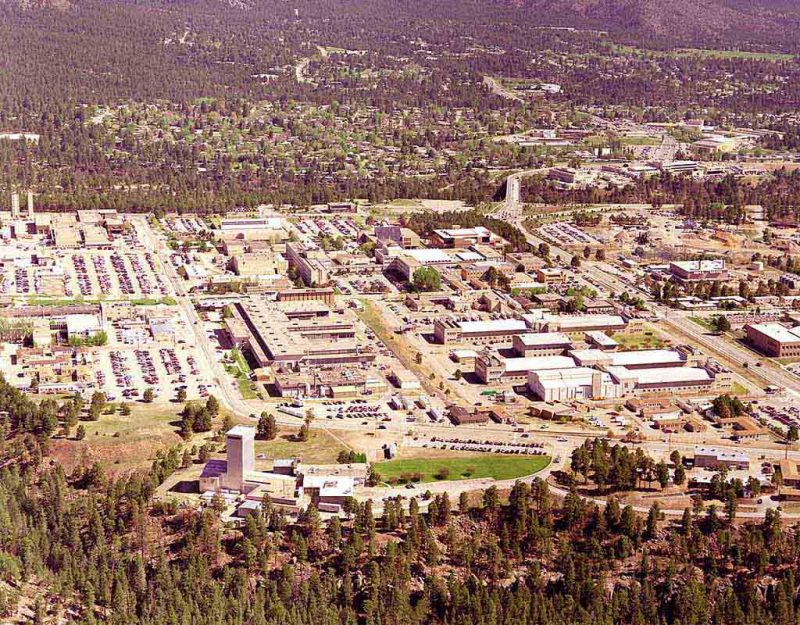 We are fortunate at Amerika to be able to present the second installation of the exciting dystopia saga, Crosses & Double-Crosses by Clayton Barnett. You can find your copy on the Jungle River store, but first, read this week’s segment of the story, “Tribe.”

Jones was back the next morning, coming in the same time she did at 0620.  When Llon tapped on the door thirty minutes later, Sylvia asked for more coffee and to hold all calls except for the Director.  What Jones held in his head was priceless.

“Got it; good!” she said after repeating back the three names of those in New Mexico who would likely matter most to her in the next few weeks.  Only one was a politician; another had effective monopoly control over wholesale food sales and the last was the head of the National Labs at Los Alamos.

“Clever guy, Kline,” Jones told her, speaking of the Lab’s Director.  “Seems to know a little bit of everything.  Even with no one being paid in worthless US dollars in months he has still managed to hold the core of the scientists and engineers there together.  While their work at the Labs is minimal to none, they’ve commandeered scores of earthmoving equipment and built dozens of little dams and aqueducts to make the high desert able to support crops and livestock!”

“He was, initially, very reluctant to speak with me,” John said, lowering his voice and turning the coffee mug in his hands about.  “Once I was able to convince him that Texas is coming to help them, not exploit them, he opened up rather quickly…”

“And that troubled you?” she asked, hearing the stress in his voice.  “Hang on a sec; Michelle?  More coffee, please!”

No one spoke as the secretary came to collect their mugs.

“He, Kline, seems to be unusually well-informed about not just Texas but ExComm,” Jones resumed as soon as the door shut.  “Including who you are and your recent promotion.”

Her first thought was that that was simply not possible.  Her second thought, as Llon returned with more coffee, was a single name.

And just how many sides and angles is that SOB, Thaad, playing! she fumed silently.

Sylvia looked at the clock over the door.  Nearly nine.

“I need to write a preliminary report of your good work,” she announced.  “Is there anything I need to know right now?  Bear in mind I am going to want you back in here at sixteen hundred this afternoon.”

“Yes, actually, Miss Fernandez,” he replied after a small sip.  “Race.  That wholesaler, as you can guess from his surname, Jimenez, is a Mexican mix.  Kline may have Anglicized the spelling of his name, but his father and grandfather were Jewish.”

“I see,” she replied carefully.  The Director’s policies on racial matter were not things to be discussed.  With anyone.  Anywhere.  Until now.  “If Kline knows what we think he does, he must understand the danger he is in, even if Jimenez does not.”

“Miss Fer – no, ma’am?” he corrected himself to a more formal.

She watched him take a piece of paper from his soft-sided briefcase and scribble a note.  Jones passed it across her desk.

“He told me he will not allow him or any of the Lab people to be evacuated” she read.

Not a smoker, she opened her desk and retrieved the butane lighter she kept for times such as this.  The flame had just reached her fingers when she dropped the last bit to the floor and tapped her shoe on the ashes.

“Thank you for your report, John,” she announced, ending the interview.  “Be sure you are back here this afternoon.”

“Of course,” he said, standing quickly and moving to the door.

“If I’m still here…” he just heard as the door shut behind him.

This… this could be absolutely perfect, she thought in complete stillness.  They will have every reason to throw their lot in with the Mexicans rather than Texas.  I need them more as a counterbalance to ExComm…  I must come up with some reason to be in the vanguard of our forces as we cross the border and come into the Rio Grande valley…

“Yes?” she called to Michelle’s tap.

“This just came in, ma’am,” she placed the folded paper onto Sylvia’s desk before quickly retreating.  She picked it up.

‘I want you in El Paso when we move into former NM.  Some jr minister of the Mex Foreign Office will be there.  Make sure there’s no trouble between us and them.  ~ CB’

“Dammit!” Sylvia breathed.  So much for being to Albuquerque and Los Alamos first!

She set the paper aside and went to work amending her formal report on annexation, very carefully omitting John Jones’s most interesting details.