Majoring in History to Become a Writer 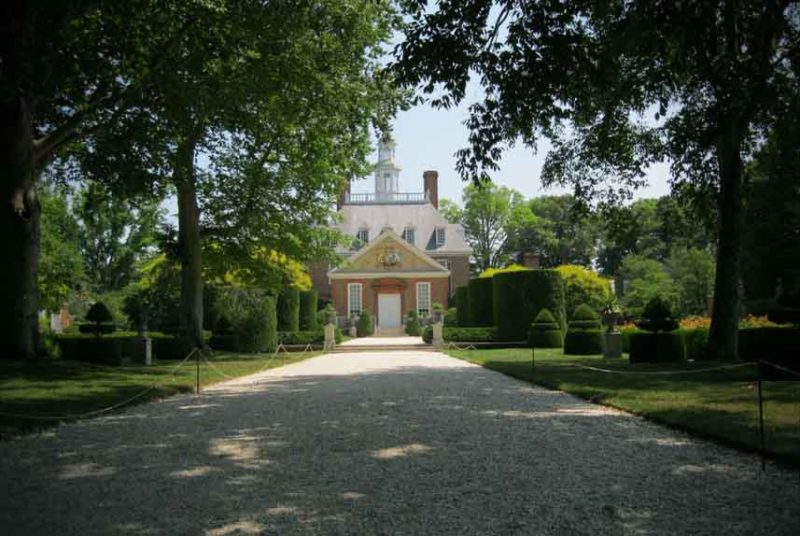 So Stephen suggested that I write out a few thoughts regarding majoring in history if you want to be a writer. Frankly, for me it was an accident. I didnâ€™t plan on writing when I studied history, I was encouraged by my thesis director to do it and as it turned out several other professors suggested that I try my hand at writing instead of being an academic. Turns out they were right, I do prefer writing to academia.

Iâ€™ve written in the past about the pros and cons of an English degree and an MFA, so Iâ€™ll make this in the same vein. Iâ€™m not telling you to major in history if you want to be a writer, but Iâ€™m going to tell you my thoughts on my historical education and on the historical education I gave to others as a grad student. First, the pros.

If you want to write youâ€™re going to need experience writing and a history degree, even at the undergraduate level, is nothing if not rigorous when it comes to writing. My freshman western civ class required a fifteen page paper on the Roman Civil War. Frankly, I didnâ€™t do that much writing again until grad school where we were expected to produce twenty to thirty page papers every semester. The heart of history is writing, and writing in a clear style. Now, this isnâ€™t to say historical writing is necessarily good. In fact you can get some bad writing habits out of a history program. Most of it is very dry and is full of circumlocutions such as â€œmany believe thatâ€¦.â€ â€œit may be possible thatâ€¦.â€ â€œoften we can seeâ€¦â€ and you get the idea. Historical writing is vague, and that is because the historian wants to be right. Academics are a proud bunch and proving one wrong will wound their pride in a way youâ€™ve probably not seen in the real world.

Second, youâ€™ll learn to do research. Thatâ€™s important because as a writer of fiction youâ€™ll have to acquaint yourself with things youâ€™re not necessarily knowledgeable about. In fact here at Uprising we often talk about research and how you can write what you know, by learning what you donâ€™t know then writing about it. You can educate yourself on other cultures, places, geography and so forth. Whether you want to write historical fiction, genre fiction such as sci-fi, or steamy romance, youâ€™ll have to learn about things youâ€™re not really familiar with. Want to write about hot sexy pirates who abduct chubby single mothers who are then forced to choose between sexy pirate man and the rescuer from the Royal Navy? Might want to brush up on naval history. Might I suggest you start with Alfred Mahan? (Actually thatâ€™s not a bad place to start if you want to understand naval history).

Third, history is really the only place you can read biography. Here is the thing, biography is a big category and itâ€™s not really taught outside of history departments. Maybe the English department or a foreign language department will cover something like the life of Shakespeare or Tolstoy but theyâ€™re not going to go in depth into the lives of the authors of their books. Youâ€™ll only really study the lives of great men in a history department. Want to understand power, try taking a class on the lives of the Roman emperors. Philosophy might cover a little about the lives of philosophers, but you wonâ€™t study them the way you will in history. The same can be said for a sub discipline of biography called hagiography (the study of the lives of the saints). If you want to understand Thomas Aquinas, and really you should because he was a fascinating mind and one of the smartest people to ever live, youâ€™ll only do that in a history class.

Fourth, youâ€™ll learn about different aspects of human society. This can also be studied in anthropology or economics, but you wonâ€™t really have the breadth of knowledge that comes from studying Christian theology in the Age of Reason in relation to Adam Smith in an economics class. Economics can be handy, but itâ€™s not really going to give you much information regarding how to understand the world in relation to other aspects of life. Economists and theologians and philosophers tend to think in terms of their own discipline. Thatâ€™s not bad, but itâ€™s not really what youâ€™ll want if youâ€™re trying to build a world with a coherent economy, political system, theology, and magic system all tied together. History will work your brain in a way other areas just donâ€™t.

Fifth, history is one of the only places in college where you will encounter the study of conflict, specifically war. If youâ€™re lucky enough to go to a college with a military history program take advantage of it. The most valuable things Iâ€™ve ever learned in school were from my military history classes, especially the medieval military classes. Think all wars are caused by religion? Go study Europe in the middle ages and tell me what you think. (Hint: itâ€™s mostly about consolidation of power or resources). But at the heart of writing is conflict. If you donâ€™t study it youâ€™ll never understand it. If your college offers a class on World War II or Vietnam (ahemâ€¦ itâ€™s probably full of pro-commie propaganda) take it. Youâ€™ll probably not read books on conflict anywhere else except perhaps a psychology class, and that will be very different than learning about war. And letâ€™s face it, a lot of fiction deals with war. You need to learn military history.

Finally, youâ€™ll learn historiography. Thatâ€™s a big word that means the history of the writing of an area of history. More simply, itâ€™s the study of a field of history by looking at what others have written about it. Historiography will teach you the single most important thing you can do for world building, how to create a history for your world. Youâ€™ll learn that by taking your senior historiography class seriously and putting in the elbow grease to understand something like the historiography of the Austrio-Hungarian Empire and its relationship to Serbia in the late nineteenth century.

There are cons as well. I wouldnâ€™t send you eagerly into a history program without warning you of the poison that also comes with this major.

First, your professors are hardcore Marxists and some are actual communists. Iâ€™m not exaggerating. There is a thing called Marxist historiography that your professors all studied in grad school and they probably take it very seriously. Marxism is at the heart of most historical fields these days. Itâ€™s a teleological worldview. That means your professors believe the world is heading to a utopia where all will have according to their need and others will provide according to their ability. Many will gloss over the evils of communism and the failures of socialism. They actually believe that real communism has never been tried. My freshman western civ II class ended with our professor telling us that communism was inevitable and resistance is futile.

Second, your professors hate you. Well, really they hate themselves for becoming professors. They really started out wanting a middle class lifestyle and then ended up making less than most manual laborers whom they look down their noses at. This translates into hating you because you’re not wasted your life yet. They also hate the fact that you will probably make more than they will. See, having their minds poisoned by Marxist bullshit makes professors believe they deserve to be paid according to a thing called the labor theory of value. I.E. they should be paid based on their inherent worth, rather than on market demands. Unfortunately for professors there are ten PhDs waiting to take their place should they ever retire, so the market doesnâ€™t really grant them much of a salary. Go to your local college look at the cars in the faculty parking of business or engineering then look at the faculty parking for the humanities. One looks like a Lexus dealership one looks like an Audi dealership one looks like that place Clark Griswold bought his station wagon from in National Lampoon’s Vacation. Iâ€™ll leave it to you to figure out which is which.

Third, your professors are not as smart as they would like you to believe. Well, most of them arenâ€™t anyway. Iâ€™ve met a few who were insanely brilliant. My MA director, James Reckner, went from having no college degree to having a PhD in five years. Thatâ€™s what he had to do to take advantage of his GI Bill. Heâ€™s that brilliant. But most professors aren’t really smart, they’re just autistic. They get interested in one little aspect of one subject and study it for forty years. As a consequence they donâ€™t really know much about the rest of the world, and yet when they teach undergraduates they will actually pretend they know things they donâ€™t, then will shame you for asking questions rather than admitting they don’t know something. Iâ€™ve seen it happen too many times. Even grad students do this. It really goes back to pride of academics. They simply cannot be wrong about anything, and if you challenge them on their knowledge they take it personally. Thatâ€™s why they grade down conservative students. Youâ€™re very existence is a threat to their personal self-worth.

Lastly, if youâ€™re not mentally strong, youâ€™ll become one of them. Iâ€™m not saying this to scare you off, but you need to be secure in your understanding of the world and secure in your values before you engage with these people. Few undergrads are mentally tough enough to survive four or five years of Marxist propaganda without at the very least assuming their basic premises. Youâ€™ll hear Europe and America being treated as the bad guys while all the other people of the world are the good guys resisting the Fascist Imperialist rayciss white devils of Europe who are out to rape and plunder the lands of others. Youâ€™ll hear of women being oppressed, and men being evil, especially Christian men and the Church. Youâ€™ll see your professors tell you youâ€™re gender is inherently bad, youâ€™re bad for being white, youâ€™re bad for believing in transcendent moral values instead of moral relativism, and youâ€™ll probably be forced to take at least a few courses in â€œcritical theory.â€ Get used to hearing the terms hegemon and subaltern as well. The humanities, especially history, are infested with the notion that being a weak victim is empowering and moral while being great is a bad thing. Youâ€™ll hear that power dynamics between the hegemon (those with power, whites, males, and religious people – usually) and the subaltern, (those without, women, PoC, gays etcâ€¦) are shifting thanks to social justice, and youâ€™ll see common sense turned on its head. In the end, youâ€™ll be pressured to accept the premises of Marxism and critical theory uncritically and with extreme pressure. If you resist your grades will be in jeopardy as will be your scholarships and social standing. Most nineteen and twenty year old students simply canâ€™t endure that much pressure and youâ€™ll likely end up writing SJW fiction.

So thatâ€™s basically it for my pros and cons of majoring in history. I hope it didnâ€™t scare you too much, remember itâ€™s basically just the opinion of a guy who studies military history. I know what Iâ€™m talking about, so either listen or donâ€™t. But I really hope you do, as Iâ€™d like to one day read what you write, especially if you are a fan of Uprising Review.

Defending Andrew Anglin And Questioning The Future of the Alt Right | Words, Images And Visions Shape Our Consciousness