Defending Andrew Anglin And Questioning The Future of the Alt Right 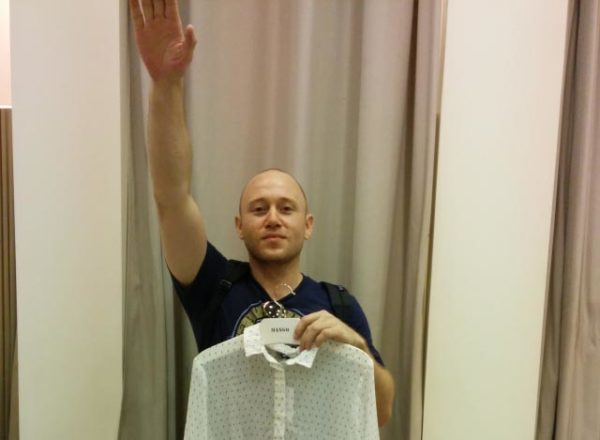 As the Alt Right attempts to find its balance after the election of Donald Trump threw it into “and now what’s next?” mode, it is clear that the most entertaining sites — The Daily Stormer and The Right Stuff — command a huge amount of traffic. This has caused an impulse among many Alt Right sites to imitate this classic formula.

However, this runs into what we may call “the Stormfront Effect,” which is what happens when a relatively small but very active group online seems to represent more of public opinion than it actually does, at least until people realize that this group consists of people who are mostly minor participants in our society. Then, people stop giving it credence.

This sets up a trap for the Alt Right: it either acquires broad relevance or becomes a small but devoted internet audience who will pass around the same ideas until the audience implodes from lack of anything new going on. Organizations can die by either being too chaotic, or too repetitive, and both represent a loss of direction.

He is the epitome of a Marxist trained bolshevik pretending to be a cartoon nazi.

First of all, I hope everyone understands he’s always been a leftist Marxist bolshevik who despises whites.

They only thing is his fans are hoping he had a complete 180 degree reversal in opinion and decided to go the other way, overnight.

From the days of when his Total Fascism website popped up (with a huge ready-made userbase in the first month), this was only a matter of months after admitting himself he was running around chasing after black chicks and declaring he want’s the entire white race wiped out “because they are responsible for all the bad shit like slavery and everything bad that happened throughout history”.

He reminded me back then of Frank Collins, a jewish interpretation of what a ‘neo-nazi’ would behave like.

Then came the way he was given the position formerly held by Brandon Martinez who was editing ZionCrimeFactory at the time, ZCF and his boss fell out and Anglin was given the gig.

From there DailyStormer started up.

Whether or not this is true, what is interesting is what motivates it. There is a distrust of the Hollywood Nazis. That in turn is interesting. Anglin himself seems to be a friendly fellow, a funny and competent writer, and works like a fiend on his site. My guess is that the estimate of 70 hours a week may be low.

But Anglin the phenomenon is something else. He divides us not because of who he is, but because of his popularity and what it portends. We may be seeing the same thing that happened with the eponymous forum indicated in the Stormfront Effect, which seemed like 100,000 Nazis ready to take over the world and ended up being far fewer with far lesser ambitions, despite being a good forum for Right-wing discussion.

As written about previously here, the problems with White Nationalism 1.0 were obscured by its popularity with a small but fervent audience who ended up having little influence. White nationalism attracted people who liked Hollywood Nazism, was quite popular, and then faded away because no one stuck around after seeing that nothing of import was actually happening.

The popularity of DSRS makes us feel like the Alt Right is going through the Stormfront Effect and will end up a political irrelevancy, a few hundred thousand people camped out in special “safe spaces” where they can use the naughty words they want without getting kicked out. Humor, while enjoyable, requires simplifying a message to a caricature, and this in turn causes the message to lose meaning.

Instead of blaming Anglin and others, we should look at the actual problem: the audience. This is the same problem that European-descended people have with democracy at large. Whenever what is popular is chosen over what is right, the message gets dumbed down and then the group collapses.

All great civilizations perish from caste warfare because great civilizations make it easier to survive and as a result, become bottom-heavy when the r-strategy lower echelons have more surviving infants. Then, not understanding what is required to make society work, this group seizes power and consequently fails from that lack of understanding, which they then blame upon whatever remnants of order exist. These societies consume themselves from the bottom-up.

This process is similar to consumerism. Instead of looking at what they need, people think about what they want, and so mindlessly buy products to try to fill the void within. In this case, the products they want are excuses for their own failings and lack of power in the ways that matter. They are allied with the merchants who sell them ideas in products like books, plays and movies.

Agitation by these groups creates an inverted society where idiocy rules and no one is important unless they become popular, but they only become popular by telling convenient lies, so soon everything becomes a lie. As we watch our civilization eat itself alive, we cannot blame Andrew Anglin for being popular, but we can blame ourselves for allowing popularity to rule us.