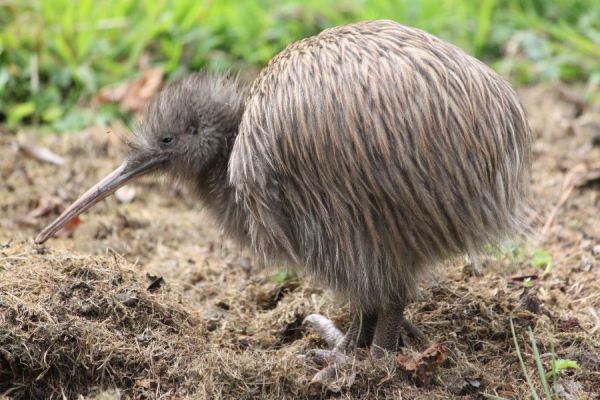 In the last few thousand years of Western history, a fundamental split has emerged between utilitarians and elitists, and through the permutations of politics, religion, and industry, has become a caricature of itself, missing the essential similarity between both views and obscuring the important differences. Expressed in terms of its extreme examples, it is a split between the divisionless Bolshevik system of worker rule and the stratified and rigid class system of the late English empire.

Among the ancients, these ideas were brought into conflict most visibly with the Greeks, who roughly divided in their political philosophy between an extreme democratic impulse and an aristocratic one. This is passed down most visibly in the work of both Plato and Aristotle, who struggled between these two extremes, praising aspects of each; Plato ended up advocating a bureaucratic society which imposed equality on all people in order to ascertain by formal achievement the best, while Aristotle, like Nietzsche to follow, favored a natural order of competition from which an aristocracy of ability arose.

What is similar about all iterations of these ideas is that they agree the best should rule; their methods of selection differ, in that utilitarians translate the concept of egalitarianism from an equality of opportunity into a single level of treatment, effectively leveling incentive for competition except at the bureaucratic level, an entity which throughout history has distinguished itself by its corruption and susceptibility to social engineering. Elitists are less focused on pleasing all of the individuals in a crowd, or even the individual itself: they see the generations as a breeding ground from which levels of the best can be bred toward high specialization and qualitative value.

This means that both groups agree that, in biological terms, among us there rise some of a higher ability and that these are valuable, and should be moved upward to positions of more important function, including in some cases leadership. Much as the egalitarians have been distorted by utilitarianism, which translates into a belief that whatever pleases most people in a crowd is the best policy (free beer, less work, and pornography are sure winners), the elites have been distorted by Social Darwinism, a blithe belief that in a system measured by money, the best are distinguished by having wealth as a sign of their superiority. This backward logic reached its fullest expression in the “Protestant work ethic,” or the belief that God rewards, with money, those who work hardest and thus are the most righteous.

What’s sad about these perversions is not only that they destroy the essence of both egalitarian and elitist thought, two forces that can balance each other, but that they are both deluded by the worker-state that emerged with the collapse of feudalism. In exchange for social mobility, the worker in return has no guarantee of work and sustenance, a radical change from the traditional societies of feudal time. As a result, individuals are no longer measured by proficiency at the task itself, but by whether they can squeeze the most money out of that task (a utilitarian presumption). Interestingly, this belief hybridizes both elitism and egalitarianism into a blanket endorsement of industry and those who control the worker, benefiting neither elite nor proletariat.

Such divisions in belief as between egalitarianism and elitism allow us to become partisan, a kind of intellectual balkanization that means we identify more with a certain belief polarity than we do with the actual task at hand, finding a solution so society can move forward. In fact, both beliefs have become industries in themselves, with Michael Moore being a champion “egalitarian” and Rush Limbaugh a champion “elitist,” although clearly neither believes so much in a philosophy as a route to wealth and fame – their actual beliefs closer resemble the confused hybrid above, where an egalitarian system manufactures an elite of wealth, and money as the organizing concept of society is not challenged. The partisanship of these beliefs forces them to gravitate toward extremes, and guarantees no solution will be found.

I propose a middle path – not a compromise. A good example can be found in societies of the ancients, which bred themselves carefully to produce the best of humanity, always aiming for higher standards and promoting only the exceptional. This did not mean their social levels were closed to those with little money; rather, it meant that anyone who rose had to be well and truly far ahead of their contemporaries in the areas of intellect, strength and character. Our modern systems are so based in absolute logic (perhaps a holdover from dying Christianity) that we either see a system in which anyone can be anything, or a system in which a few can be something, but forget that the goal of the system isn’t the individual, but the healthiest society possible, as this benefits all people – even those who forgo excess individual wealth for such an order.

In my system, the basics of feudalism would be restored; if your father was a blacksmith, you would inherit by right his position and would have labor unless you proved either grossly incompetent or opted to seek your fortune elsewhere. In short, there would be a position available for everyone in each local area, and no need for people to go wandering between towns and cities seeking labor. However, those who excelled in any capacity would be moved up in rank, especially those who demonstrated the capacity for leadership in a compassionate but forceful way (a far cry from today’s utilitarian politicians, who less lead than represent the lowest common denominator impulse of the masses). But excellence would not be the fill-in-the-blanks hollow praise of today, but would require them to rise above adversity and on top of that, to do a better job than others.

This benefits both elites and masses. The elites are kept in check against the decadence of the British aristocracy who, no longer able to demonstrate leadership in war or social organization, became a club for useless wealthy people united by boredom and fear of commonality, probably as a direct result of the utilitarian nature of capitalism. Further, a false elite of those who make the most money, usually by taking the work of others and dumbing it down and marketing it to the mass, is avoided; this shows how this system also benefits the masses, by keeping the only decision one can get from a committee or a crowd, the lowest common denominator and hence leadershipless default, from overriding the interest of the whole, which in turn benefits everyone. Masses are kept in check by a system of promoting the best minds and characters to lead, avoiding the type of politician the masses tend to elect, who promises bread and circuses and panders to their impulses, without a care for the actual common good or future of the society (if you’re thinking of the bland whores who ran in 2004, you’re on the same page here).

Of course, this middle path – a sensible balance between extremes that left unchecked drag societies into ruin, either by a spoiled mass without a brain or a bloated elite without ability – requires consensus in a society, and consensus requires a few things. First, it requires agreement on basic values, even if those values embrace a non-absolute order, such that marijuana is illegal except in California. Next, it requires a shared culture, and as ethnicity is the transmission factor of culture, it thus requires (in local areas) uniform ethnic makeup. A northern European society would, by its values system, promote two African-Americans by generation; an African-American system would promote a similar number of northern Europeans. Better to separate and give each its own rule. Finally, a consensus requires agreement that the individual is not sovereign, and that the collective interest is most important, as this gives the individual the most stable and nurturing ground for growth.

These values as expressed in this type of middle path system are anathema to the extremes discussed in this article. Egalitarians will wail that there is not enough social mobility; decadent aristocrats will complain that too much is given over to the masses. However, the group of people who make any society work are those in the middle; they are not undifferentiated, having found a trade, and they are not elites, in the largest part because they have no interest in ruling: their attention is upon their livelihood, family and local community. These will benefit the most from this system, as it will enable them a comfortable life without supporting either those who cannot sustain themselves, or a false leadership caste or, worse, a utilitarian leadership that slowly shifts more of the burden of a bureaucratic society onto the people in the middle, who actually generate most of the wealth of any society.

Taking a middle path requires all of us to give up our balkanized extremist perspectives, but it enables us to get over this historical division and produce an upward-moving society which promotes the best and with each generation, increases its prowess. It also requires us to give up some comfortable notions which make us feel noble for our commitment to equality among all people, but replaces this emotional impulse with a practical form of better living for everyone. While these ideas seem like flowery idealism in the present time, the good news is that our current society, like all things based on fantasy taken as reality, is grinding itself into collapse, and when it hits third-world status, what’s left of the people in the middle will demand something new – most likely a middle path between these extremes. And with that, we will cease our devolutionary course and resume building an empire worthy of the ancients.