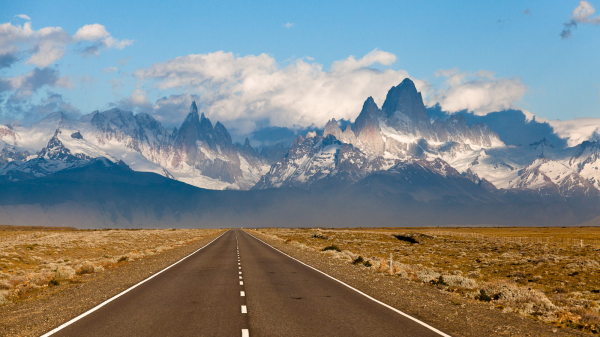 Failing societies create a unique depression. It is not like personal depression, where one is dismayed over loss of lover or desired goal, but a far more subtle and difficult to recognize kind. In fact, those who are depressed rarely know they are. They concentrate on the task of existence and adapt as they can, and tend to withdraw into themselves.

Anyone who can think beyond the immediate situation can see this society is failing. Many of us grew up leftist and believed that, with universal rights and a sharing of the wealth, everything would turn out OK. After all, wouldn’t everyone be happy? Happiness eliminates conflict and aggression and ideologies that place one group or person above others.

The problem with focus on the immediate is that it removes all but the tangible here and now; it is deconstruction without re-evaluation and moving forward toward new challenges. Deconstruction of this type is like morality: it marks a whole bunch of stuff as “bad,” and has us try to find meaning in whatever is left to be “OK,” while there are a few dogma commands that are “good.”

In the West, we have deconstructed ourselves in the search for universal rights and a sharing of the wealth. This leaves us as compliant beasts more concerned with avoiding bad than finding good, and it depresses us. What also depresses us is the dual state of continuing decline and a seeming total lack of solutions. We can see the problem, but do not have the tools to fix it.

Our depression is further entrenched by the remote nature of these problems. We know eventually we must face them. We can buy that house in the nice neighborhood, get the comfortable job, and distract ourselves with hobbies, but outside of our immediate consciousness, we know the decay is lurking. Crime increases, as does ethnic and religious and cultural discontent, as does the power of the elites who rule us through the power of media.

We are exhausted by methods that do not work but are the only socially acceptable means of making change. Our entire society is beating a dead horse by, when our methods fail, insisting that if we apply them more radically, they will succeed. They tell us: if we civilize everyone, and give them universal rights and wealth, we will all be happy and our problems will cease. Yet the opposite seems to be happening.

Our exhaustion leads to depression because any other solution is shouted down, if not by the moral majorities by one special interest group or another, thus we cannot actually touch the problem. We cannot seem to act decisively to fix these plagues and thus they come to live amongst us as parasites, tolerated but taking their toll.

Even our fellow citizens depress us. When the television comes on with a sexy ad, they buy the product; when the ad appeals to strong emotions, either strong (war/conservative) or weak (compassion/liberal), they vote for it. But what about changing our direction to something better? No one is talking about that.

There are miles of blogs and citizen’s action groups and other people taking advantage of democratic “representation,” but each of these attacks a detail that is created by a defect in the larger design. These amount to creating a holocaust of noise and conflict that leads nowhere, in part because these people are not interested in changing the larger design.

For example, if you oppose crime, you are caught between groups wanting a police state and groups who want to through welfare and education magically transform criminals into solid citizens — both are unrealistic. If you oppose immigration, you are sandwiched between people who want xenophobia and people who want to obliterate our culture by letting anyone and everyone in. There are only extremes, because the only practical extreme — changing the larger design — is off-limits.

Together these factors create a subtle depression. The world is going to shit, there is nothing you can do about it, and so you adapt and compensate and buy off the parasites as best you can, but you have in your soul a sick sinking feeling: this will not end well. Even if it does not blow up in your lifetime, it will get worse. This is the fear that has replaced our terror of instant nuclear death or Fascist/Communist invasion.

So we become meek. We tolerate, and to compensate, we get our revenge by going deeper into our own pleasures. Screw the world; I’ve got IM and cable and beer and sluts or prostitutes as necessary. Yet there is no spirit in this, no challenge and no thrill of accomplishment, so as we regress further into ourselves we become more subtly depressed.

There is only one solution: to act in such a way that one targets the larger design of the system. With this, one feels healthier; no longer naked, energy is going toward something instead of into a void of hours spent pleasing the self. The world is slowly getting better. Truth is rising above ignorance. Depression is melting because you are doing something about the problem.

If we open up this point of the conversation we, writer and reader, are having, it becomes a harangue of dissenting opinions and gab expressing indecision over what to do. Most people will join the smallest cause they can, whether local or personal, and try to back out that way — but they back out into depression. If you tackle the problem head-on and work with others thinking along the same lines, you feel better; otherwise, it’s back to being drunk and subconsciously miserable as you try to forget.

CORRUPT is dedicated to the idea that change can be had, but only by targetting the larger design, which is corruption itself. We don’t believe there are conspiracies, only that our desire to make a uniquely better world has collapsed into our “logical” thinking that spreading wealth and universal recognition will pacify the problem. This alone is the source of our misery, and while unintentional, it represents corruption.

Nietzsche wrote of the “slave revolt” in which the West was gripped by its lower-quality people overwhelming its higher, but for now, we find it useful to say that we are gripped by a revolt in slavish desires. People no longer want to do what is right, or better; they want to please the mob and get popular and wealthy. Selfishness creates personal worlds in which we regress, subtly depressed, as a result of this impetus. We cannot buy each other off. There is only one solution, and it is a better design.

The internet, as a medium like television or print, gives us a voice; through this, we can organize what is not ruined and put it to service making more of itself. We can grab the people who can understand this, and there are more than one might think, and move forward to physical interaction with our political system and becoming the one, sane visible voice in a forest of shouting lunatics.

When you find yourself with a choice between spending your time on selfish pursuits that do not really make you happy, or putting that spare time toward change, you are deciding your own future as much as that of our world. You are shutting out depression by acting toward a better future, and this is the only cure for what you barely recognize makes you sick.

“Never pick an argument with a man who owns a printing press.” – H.L Mencken

“If you want to change the world, get a bigger printing press than your enemies have.” – J.L. Roberts

Our goal begins with domination of internet media. We will do this through repetition of message, and creation of compelling statements that can reach both voters and lone wolves. Our method is not to dumb down our message to reach people, but to hammer them with the truth of our message, because we are closer to the truth of reality than any other source.

Let me call your attention to the difference in acts:

We have the potential to re-program the internet’s people with our ideas and through their real world interactions, to pass those ideas on to others. This will, much like television ads or influential books or magazines, cause these ideas to prime people for how they should act. As more people doubt official news sources, this is essential.

As we re-dedicate ourselves to a new future under CORRUPT, our goal has changed. Where ANUS gathered people of like mind to talk about their like-mindedness, that is not enough; it was a good first stage but we’re moving on. Our next stage is to effect change, and that begins by getting ourselves the proverbial “bigger printing press.”