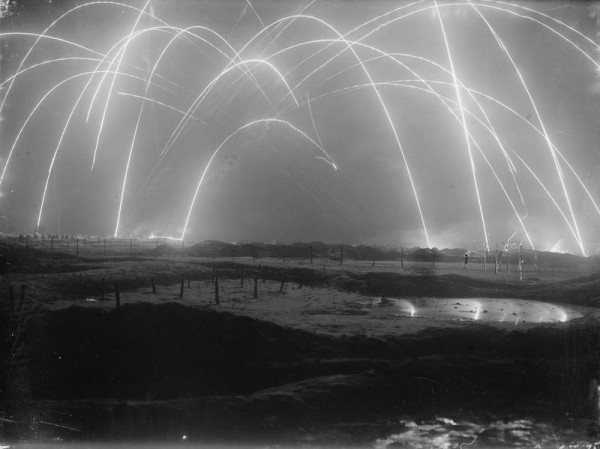 I remember the first time I read that Nietzsche believed altruism did not exist. It shook my world: how was it that anything good could come of life if we did not act against self-interest, and for the benefit of others or other things, like for example the forests and streams?

Then I went to my first volunteer job. I was a young liberal, full of idealism and completely suspended from reality by my immersion in education and the fact that my parents paid for my existence. We were helping people who were beyond help. And the more we helped, two things happened: first, more people showed up; second, the ones we helped early on could not meet us halfway and do their part. The line was endless.

I left that experience shaken. Perhaps altruism needed boundaries, like me deciding which of these people “deserved” help. Then again, I was not very comfortable with that. Who was I to decide? Then I realized: nature had already decided. Some of the people who came to us for aid had purpose, and got themselves out of a bad situation. The rest were merely passing time, finding a new excuse for doing nothing.

This led me to question my own involvement. Why indeed was I there? I wanted to help, of course, but on analysis, I realized that in addition to my basic friendliness, what I wanted was to feel good about my society. I wanted to think that it took care of everyone and was fair, so that I could feel good about what I had achieved.

This was the gateway to much learning. I suddenly saw this as a transaction: I gave them things to buy off my own guilt. Where did this guilt come from? From being friendly, and from wanting to think my friendliness could solve the problem. Far from an altruist, I was a self-interested party — but my interest was in “good feelings” not realistic results.

At that point, I turned from the path of altruism. My approach took a different form, which was highly informed by Darwinistic natural selection, Plato and the Bible alike: reward good behavior, punish bad behavior. This approach never fails. It does two things: it picks those those are competent to be active in society, and sends a strong signal to everyone else as to what they should do.

Unlike charity or welfare, this approach restores accountability and responsibility to the individual. It eliminates all ambiguity. If you do right, you succeed. Otherwise, bad things result. The instant we start degrading this hard and firm standard, everyone suffers, because they no longer know what they should do in order to be okay in life. Altruism creates doubt and despair.

Others continued on this path. It made me wonder what type of person pursues altruism. I noticed they had some things in common:

Naturally, any sane person would want out of this circumstance. Clearly this psychology was more of a pathology — doing the same thing regardless of results — than a reasoned response to life. And to me, it became clear that it was more about the giver having “good feelings” than helping the receiver.

Altruism now strikes me as a type of promiscuous behavior. The person advertises their value, and then others take them up on the offer, and then the person validates their sense of self-worth through the interest of others. Like a slut at a bar, they only feel good when some guy has bought them drinks and taken them home.

These people we call altruists are essentially attention whores. For them, life has no beauties except the attention of others. When they are dancing naked on a table in a bar, a spectacle mocked by any sane person, they are compensating for their lack of success with the fact that they are the center of attention. This is what the altruist gets in exchange for their acts of charity.

The same girl who likes to be in the middle of the room while a dozen men line up to have sex with her will instead go on a mission to Africa. She is a degree smarter than the raw whore, and knows that this way, she can not only get her attention fix, but be lauded by democratic, egalitarian society as a hero. The prostitute becomes a savior.

In the same way, our elites are whores. They do whatever is required to gain the attention of the herd. If the herd is foaming at the mouth about sexism that week, that is the topic. They say what is required to get the voters to sign off on more power for the elites. And then they do it again, and the voters fall for it.

Our society has, like a patient with uremic poisoning, become a victim of its inability to recognize toxins. Whores and gigolos are toxins, but when they wear suits and go on missionary trips to Haiti we are blinded to their inner whore. When we become healthy again, the first task will be recognizing the toxicity of promiscuous altruism — and removing it like the parasite it is.

Why nationalism is rising: it works! | In Brazil, they are protesting themselves