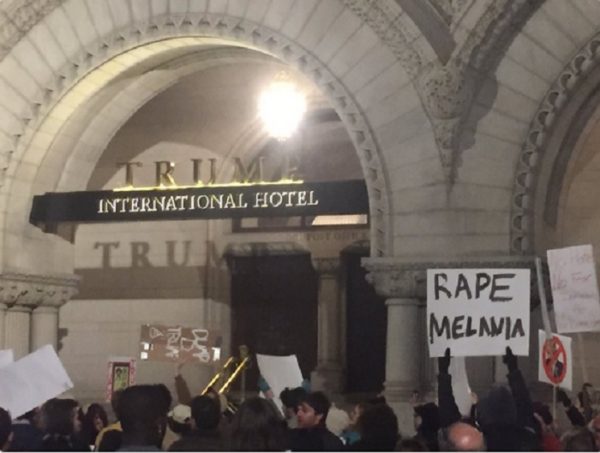 When one has to explain Leftism to a child, at some point the term “unhappy people” comes up. Leftists are those who hate life for being unequal, which means having risk to them as individuals relate to the consequences of their actions.

Despite having that ideology, the Left never seem happy. In fact they are generally agitating, and instead of creating working examples in local communities of their ideals, they demand total control so that all of us face the same fate as a whole.

This suggests that Leftism is less a philosophy and more of a pathology, or neurosis perhaps. Leftists are those who dislike what exists, but the solutions they propose always lead to worse outcomes because they deny reality. As a result, Leftists are perpetually unhappy, and act out the anger of the self-created miserable.

One of the leading hermeticists of our time, who like Alex Jones hides her important commentary behind an aesthetic of chaos, speaks to the nature of desiring disharmony among neurotics:

Focusing on what you don’t want only gives you more of what you don’t want. So this woman claims to want “harmony” but is focusing on the lack of harmony; therefore, more disharmony is manifested. Also, she is expecting that her desire for harmony trumps others’ desires for “disharmony.” She cannot see what others’ motives are because she is caught up in her own wishes and imposing those wishes on others.

The person to whom she is speaking shows the signs of neurosis. That person is looking for others to make her feel good and to give her what she wants, which both will never happen, and if it does, will deprive her of any sense of accomplishment. That in turn will lower her self-esteem and make her feel helpless to make decisions because she never learned how.

Hermeticism is based on several rules which include the Law of Attraction, which states that people visualize what they desire, and if they visualize only what they do not desire, they get more of that instead. It has some basis in information science, in that if patterns in the mind correlate to external objects, thoughts attract the objects that resemble the pattern of those thoughts.

Liberals got exactly what they wanted out of this election. Their consequent disturbance comes from being dishonest with themselves about what they really want. Secretly, they desire a perpetual sense of victimhood so that they have an excuse for non-performance, which eliminates the social risk of acting and achieving bad results by the choice of action performed.

If Hillary is president, the Left will not get its continued sense of victimhood. Instead, they will have to face the results of their ideology, which is a crumbling nation of dying international prestige.

In this sense, a Trump election is their victory. It allows them to play the victim card endlessly and relentlessly with impunity. These riots are not from outrage, but a renewed sense of purpose. They wish to be victims until the bitter end.

Ironically, they got exactly what they wanted with a Trump presidency. He will go about fixing up the country as Western Civilization shifts rightward, having had its fill of the delusional liberal democracy and its globalist/diversity dream. They will be able to keep rioting, and displace their internal unhappiness from themselves onto the scapegoat of the world, never maturing because they deny themselves the chance.

US-China Relations Freeze | A Modern Malady: Over-Inflated Sense Of Self